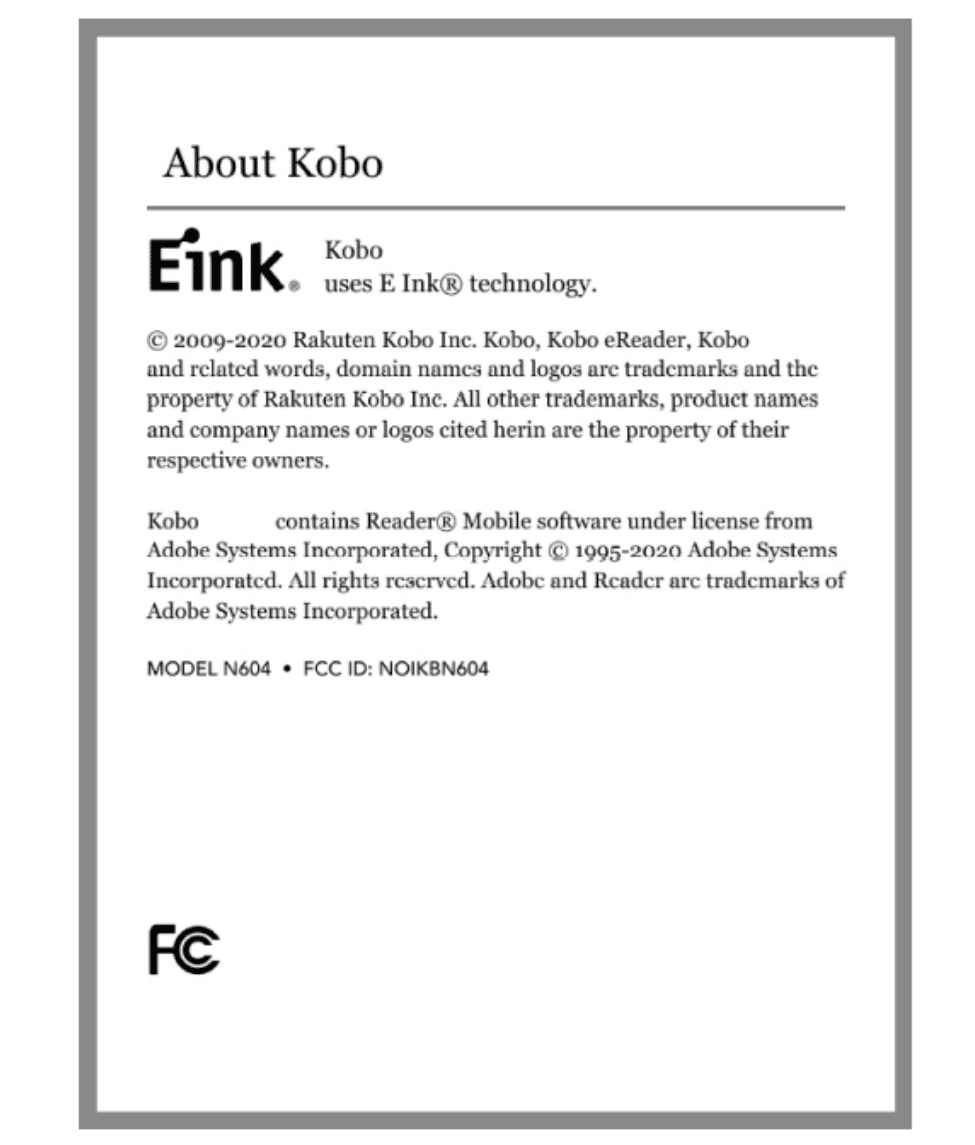 Kobo is going to be releasing one new e-reader sometime in the next few weeks. The company has just obtained FCC certification for a new product with the model number N604. It will have WIFI, Bluetooth and 32GB of internal storage. Pictures, user manual and the final specs  are under a confidentiality agreement for the next 180 days,so we do not actually know what the finished product will look like, until the Kobo marketing team is ready.

I believe this new device is going to be the Kobo Forma 2, whether this is the official name, or if they will call it something else. This is because there were only two 32GB models that were made. This included the Kobo Aura One Limited Edition and Kobo Forma 1. The inclusion of Bluetooth leads gives credence to the rumor that this new model will have audiobook functionlality, and users will be able to attach their own wireless headphones. New features like this, are normally only reserved for the most expensive flagship models.

Kobo has been operating an audiobook store for the past two years. It is only available on Android and iOS, apps you would install on your smartphone or tablet. They sell audiobooks individually, but also have a subscription program, where for a monthly fee, you get X number of credits you can spend on audiobooks, similar to what Audible does.

Someone from the Kobo web team, jumped the gun and updated a help file last month. This help file was a comprehensive list of all of the different devices that can be used to listen to audiobooks. It clearly stated, that Kobo e-readers were supported. A few days after I drew attention to it, they quickly removed the entry.

Anyways, we will not have to wait much longer to see what Kobo is going to be releasing. My guess is they will announce it sometime late February, once Chinese New Years ends and everyone is back to work.