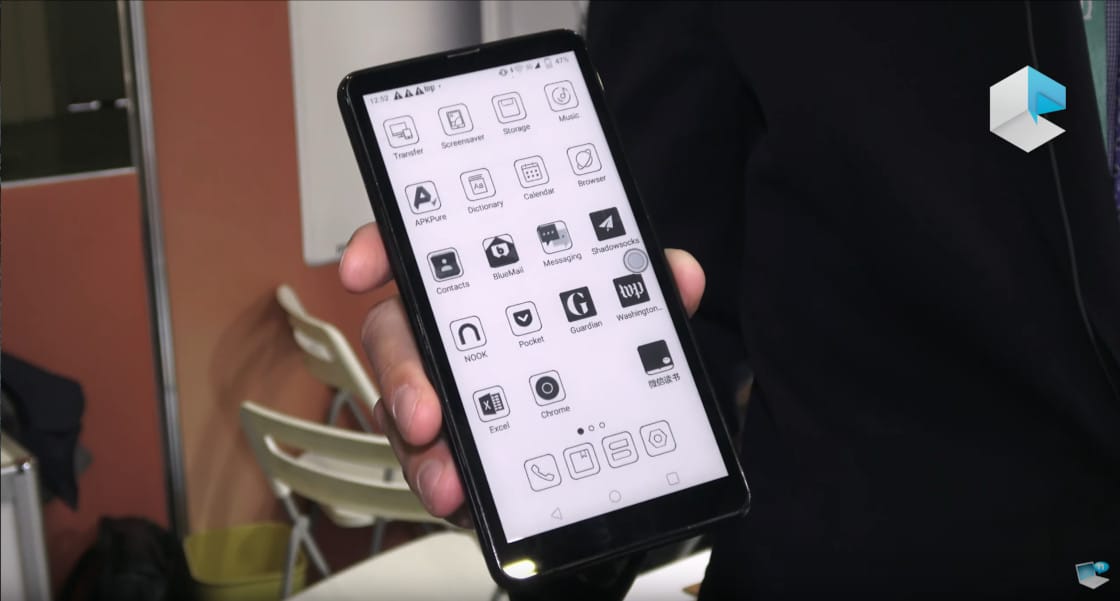 A brand new Onyx Boox phone was showcased at this years Consumer Electronics Show and many people thought it would be out sometime this year. This is not the case and I have it on good authority that it will not come out until 2021. I have heard that their engineers are retooling the device, although the exact changes are unknown. I think they are going to try and ship it with Android 10, which is the same OS that the Max Lumi and Note Air are running.

There are two speakers to play music, audiobooks or podcasts. There will be WiFi, 4G / LTE and Bluetooth. Onyx has told me that this device shown at CES is a prototype and it will be refined and more specs will be shared in a month or two. There is a dual camera system on the back, the design is similar to the iPhone XS MAX. The exact number of megapixels is unknown, but it will likely be 12MP to 18MP.

It was initially running Android 9, but it is likely they will  upgrade it Android 10, or even Android 11, since it is being released this fall. It will also have Google Play and Play Services.

What exactly is Onyx going to do to the phone. I believe that aside from upgrading Android, they might add a color filter array, so it can display 4,096 colors. They could also be upgrading the processor to modern Snapdragon one. At least we know for certain that the Onyx Phone will not released this year and it has not been killed off in development, but will eventually see the light of day in 2021.