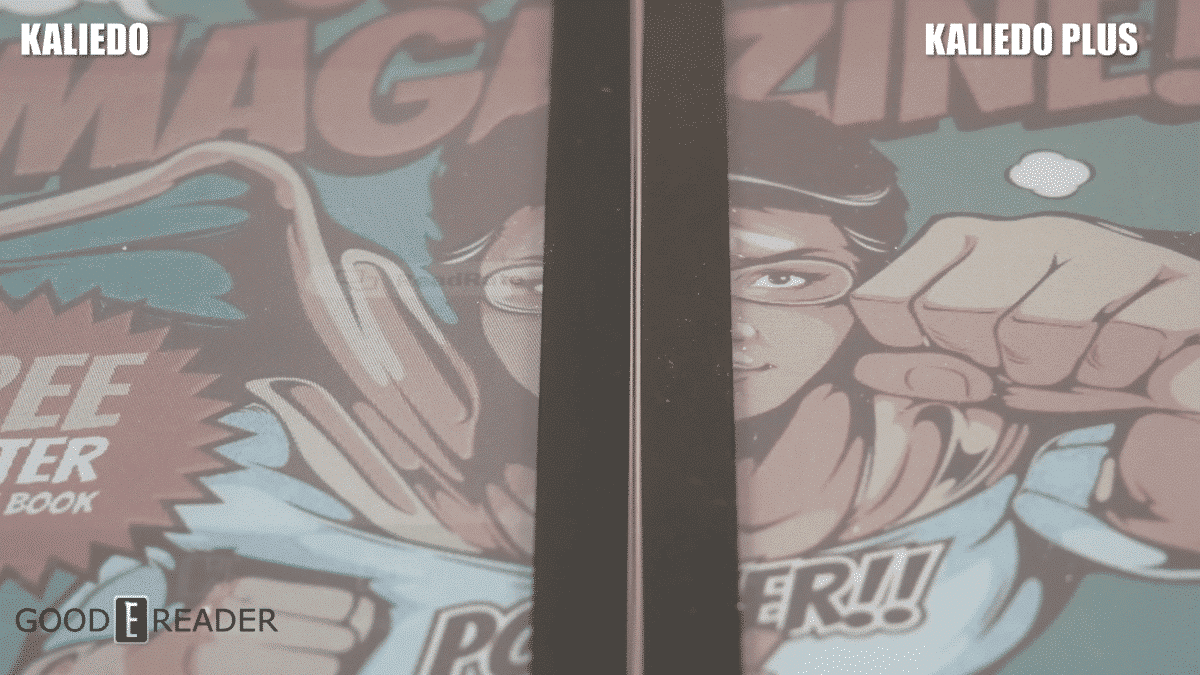 The Pocketbook Color and Pocketbook InkPad Color represent two different generations of E INK Kaleido e-paper. This comparison should give you a sense on how far along this technology has come in a short period of time. The Pocketbook Color is very affordable, it retails for $189, while the Inkpad Color has a much larger screen and it costs $319.

The Pocketbook Color has a 6 inch capacitive touchscreen display with a resolution of 1072 × 1448 with 300 PPI. It is able to display 4,096 different colors and the maximum resolution for color content is 100 PPI. The way the screen technology works, is say you are reading an ebook that is black and white. You the text will be viewable at 300 PPI. If you are reading a combination of color and B&W text, say on the internet browser, the text will be at the normal PPI, and color at 100. Meanwhile the Inkpad Color features a 7.8 inch E INK Carta HD and Kaleido Plus screen. The resolution of the B&W panel is 1872×1404 with 300 PPI, the resolution of the color filter array is 624×468 with 100 PPI. Both of these devices have a sunken screen, so colors look better, since there is no layer of glass that diffuses the colors. You can interact with the screens either by swipes or gestures, or use the manual page turn buttons.

What is the different between Kaleido 1 and Kaleido 2 (Kaleido Plus)? They both have a color filter array and can only display 4,096 different colors at 100 PPI. The second generation CFA provides brighter colors thanks to a new printing pattern, which brings the color filter closer to the ink layer. The color gamut has been increased by over 3x, thanks to improved front light illumination which scatters light less to offer better color saturation. Text is also crisper, thanks to the way the CFA produces white and black.

The Pocketbook Color and Inkpad Color both have a front-lit display. The PB Color has 16 white LED lights, while the Inkpad has 24 LED. This system allows you to read at night or low light environments. The lights are along the bottom of the bezel and project light evenly across the screen and not into your eyes. You have the ability to shut the light completely on both models.

Both of these e-readers have the same hardware and are running an Allwinner B288 Dual Core 1GZ processor, 1GB of RAM and 16GB of internal storage. Pocketbook is one of those brands that always include an SD card, while most other companies have abandoned them. The SD is on the bottom of the e-reader and supports up to 32GB. The Pocketbook Color has a Micro USB port, while the Inkpad has USB-C, which should appeal to people who want one cable to charge all of their devices. They also have Bluetooth for wireless accessories and WIFI. The PB Color is has a respectable 1900 mAh battery, while the Inkpad has a much larger 2,900 mAh battery. They both have the same industrial design and color scheme, black with a sliver of gunmetal on the bottom and back of the units. 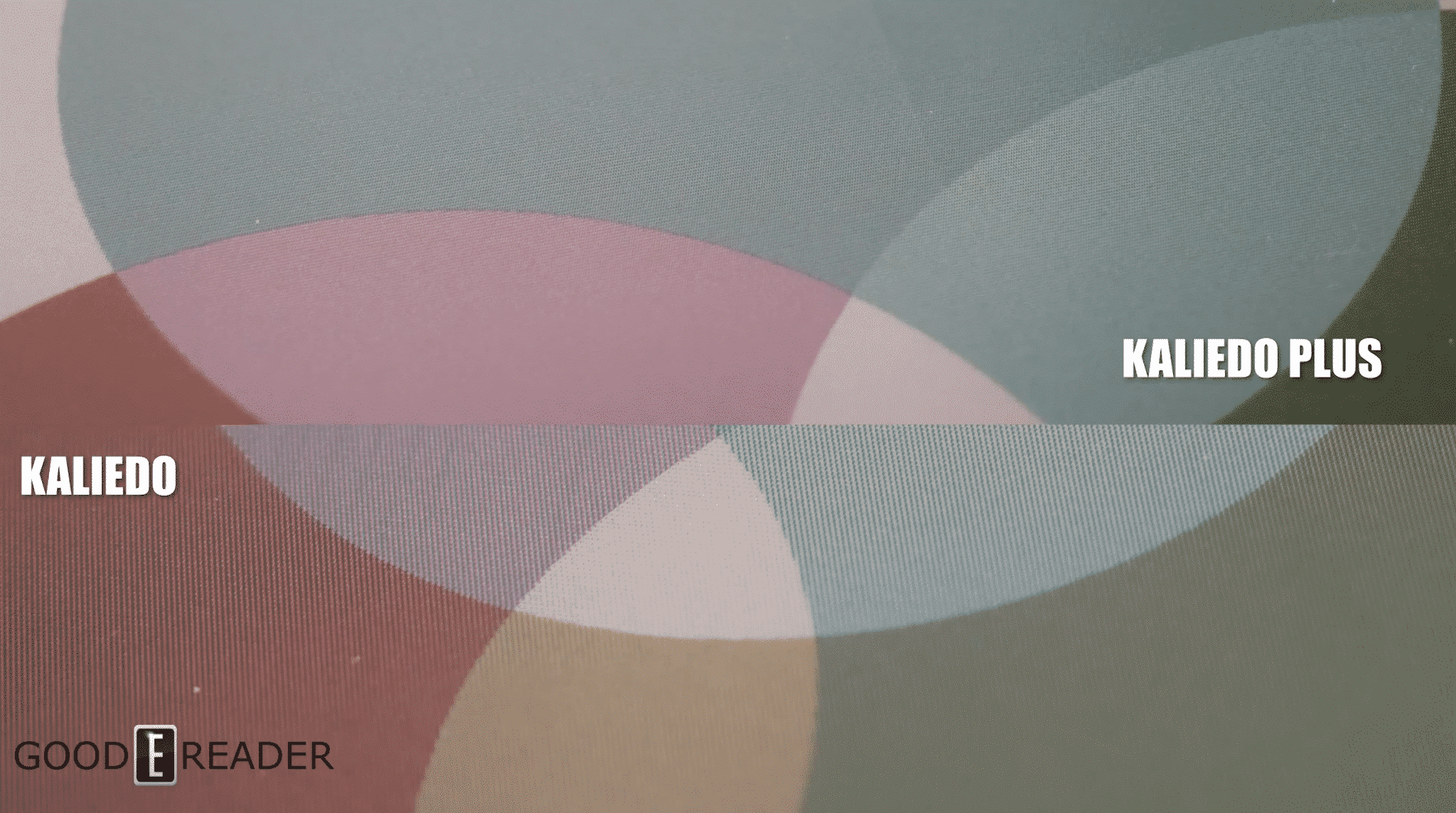 During our side by side tests between both models there is a huge advantage with the Inkbook Color. The color accuracy and gamut has been tremendously improved. The colors blend into each other very well, such as on a color wheel. The previous generation almost seemed to have a problem with pinks and reds, there was almost a hint of grey into the color pallette. The Inkbook Plus color pattern looks more vibrant. When the devices front-lit display are both on, the Inkpad Color wins this side by side again. Not only does it have more LED lights, the colors are mostly accurate, whereas the Pocketbook Color color accuracy almost looks like fabric.