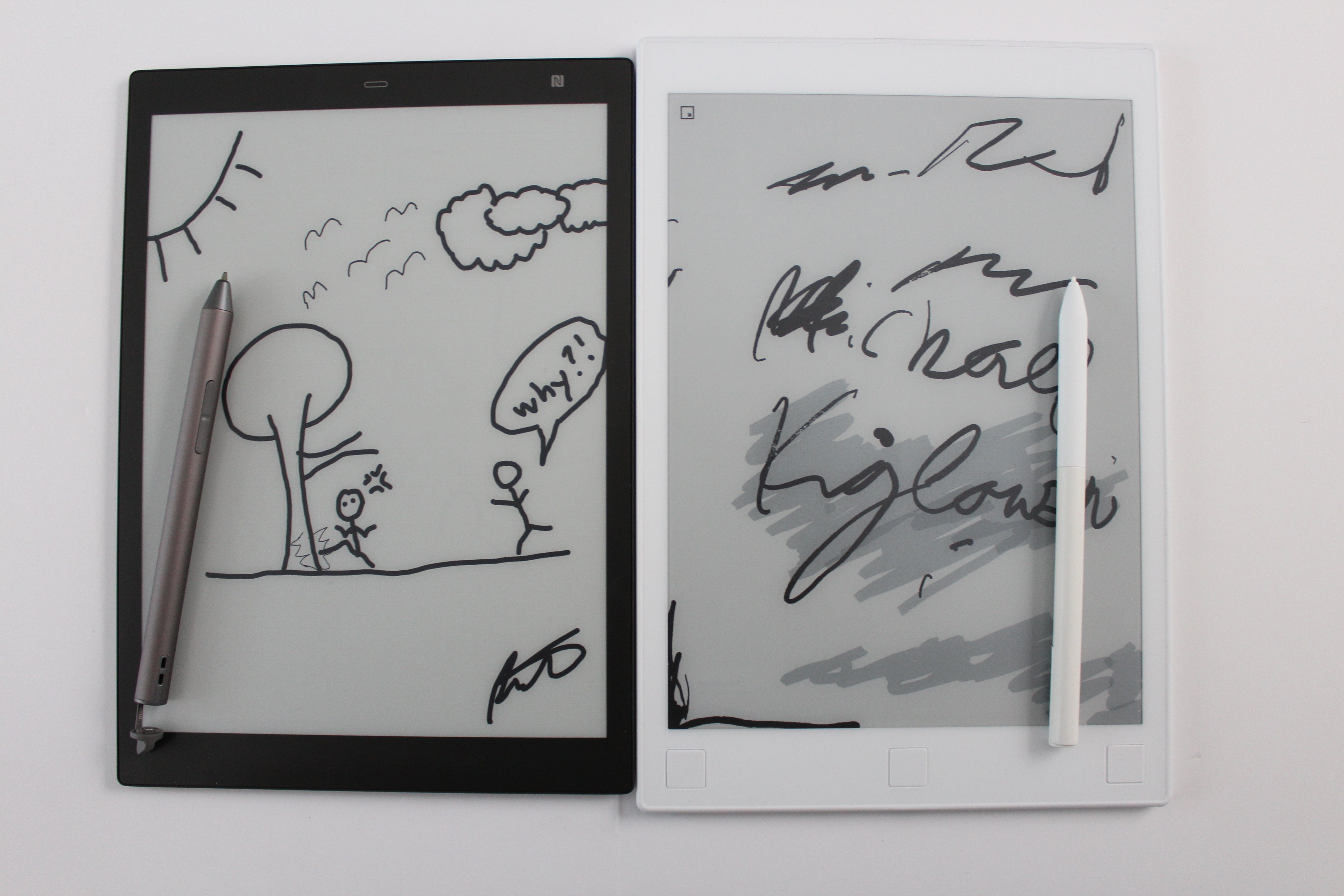 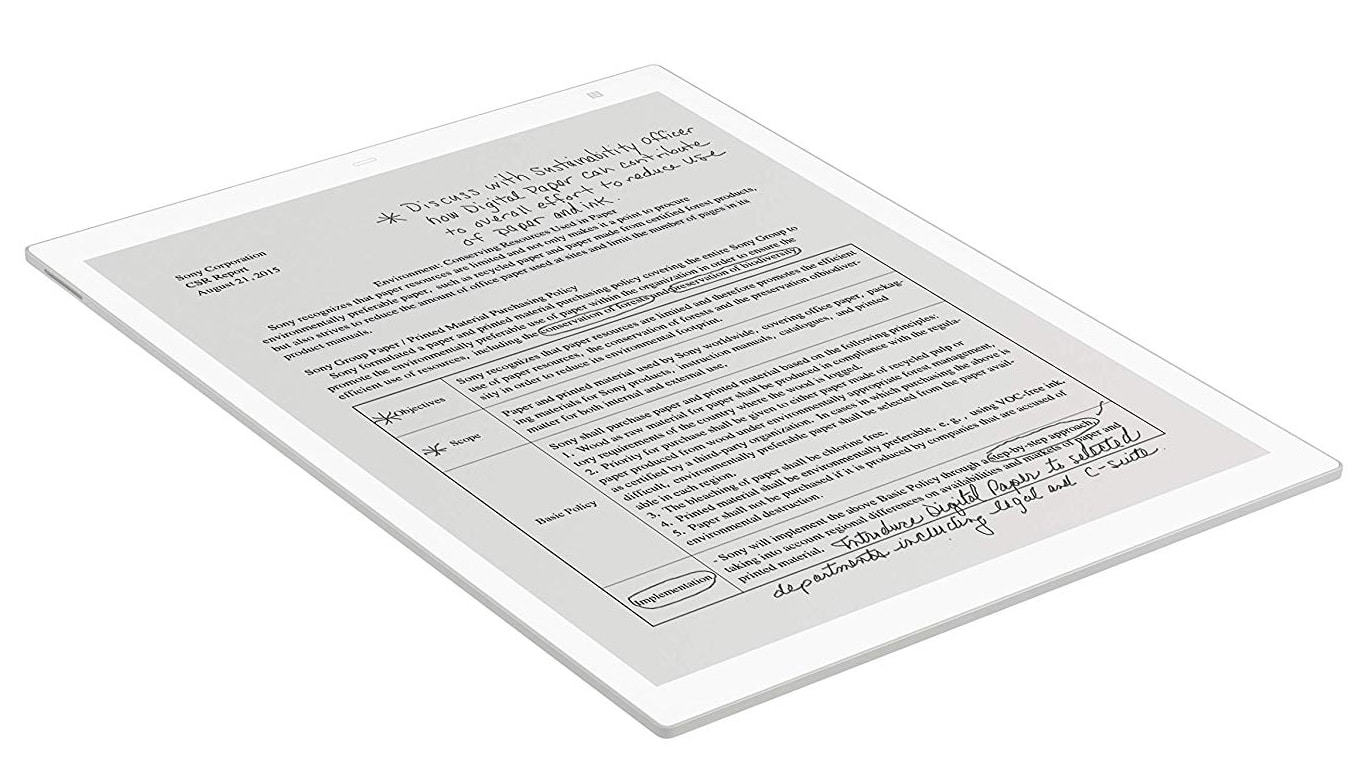 The Sony Digital Paper line of note taking devices is the market leader. They have been releasing various models for the past five years and right now the two devices that are currently being marketed is the 13.3 inch Digital Paper DPT-RP1 and the 10.3 inch DPT-CP1. These two devices are primarily geared towards taking notes and editing PDF files. The stylus is made of aluminum and has graphite nibs, which wear out fairly quickly and are all replaceable. The stylus does not draw its own power from the screen, but the top screws off and there is a micro USB port that can be plugged into your MAC or PC and charged. The DPT stylus and screen does not have pressure sensitivity, but the latency is really great. There are UI elements have pencil and pen options and can adjust the thickness and thinness. 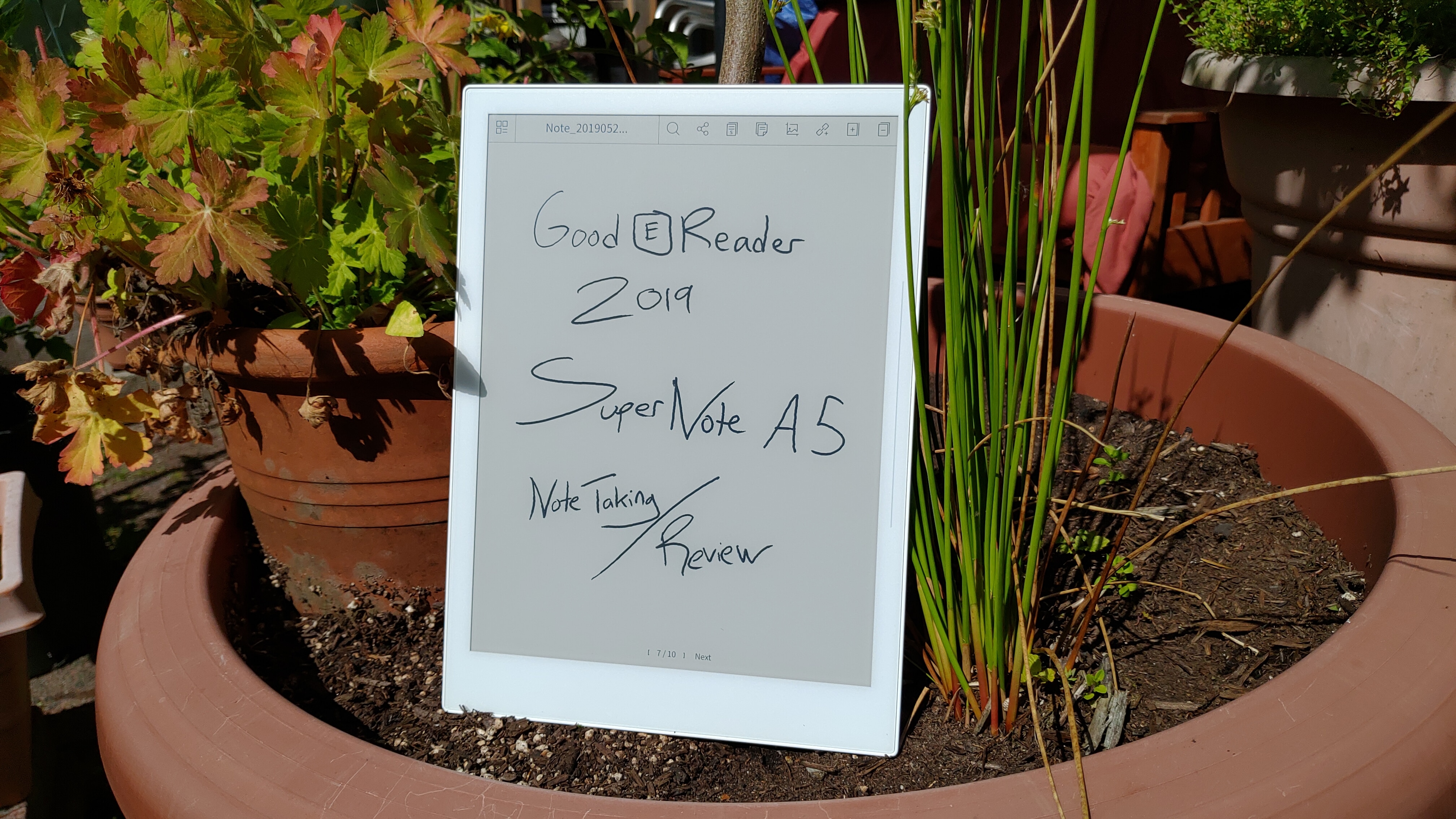 SuperNote is in second place as the best digital note taking device on the market. There are two models currently available. The SuperNote A5 is features a 10.3 inch screen and the SuperNote A6 has a 7.8 inch screen. One of the big selling points is the stylus, it is made of aluminum and has graphite nibs. You can shade on the side due to the tilt sensitivity and the screens have pressure sensitivity. The pens have a hefty weight and they are the best designed stylus currently on the market. They look like gel pens and not only are they compatible with the SuperNote, but also the Onyx Boox Note Pro, and all of the Boyue Likebooks with a WACOM screen. The SuperNote ability to read ebooks and take notes make it a compelling offer. 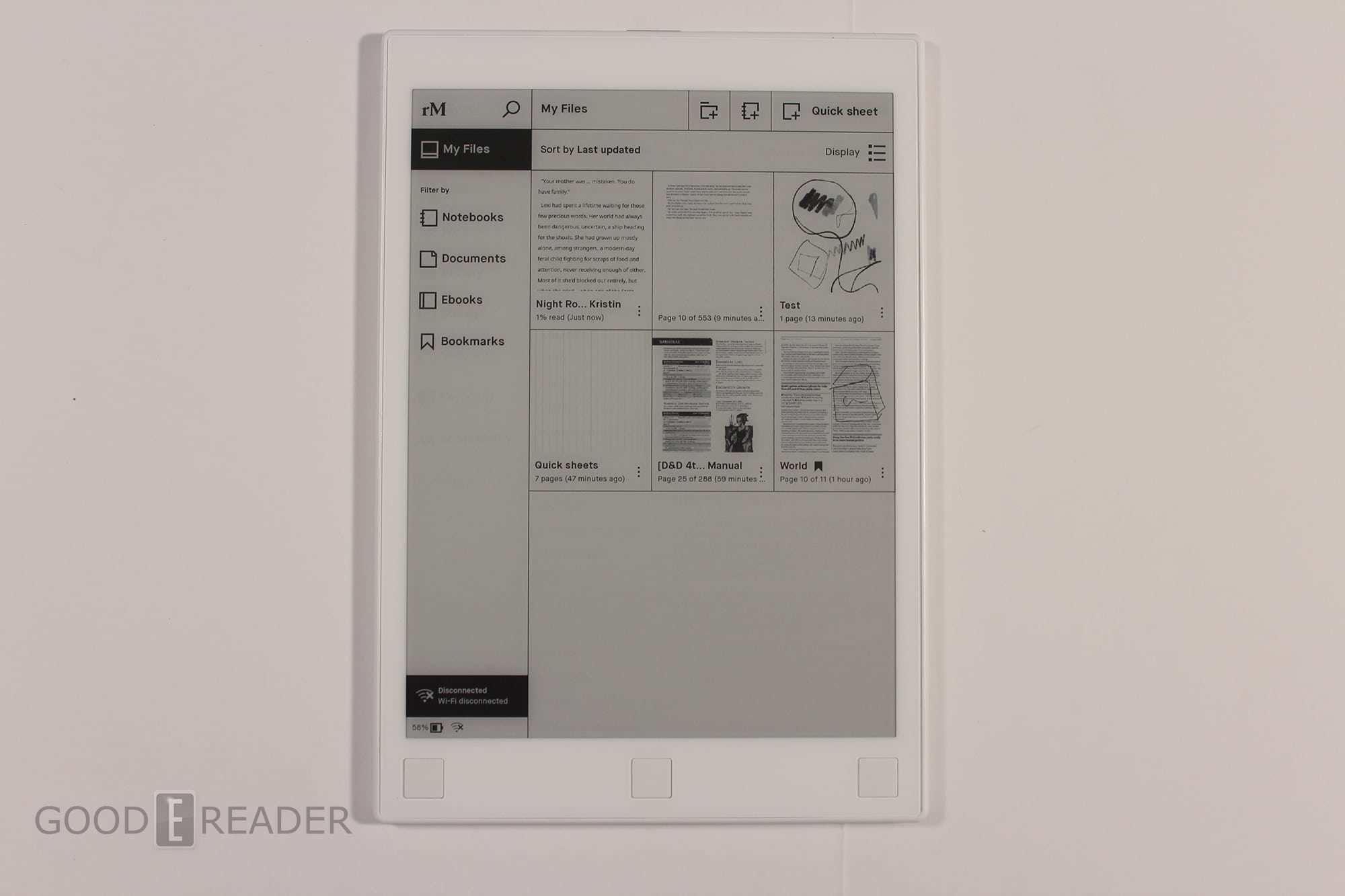 The Remarkable is in third place. This device only has a single product in their portfolio, which has a 10.3 inch screen. The note taking experience is the best in the market, they have many elements that are heavily borrowed from Adobe Photoshop and Illustrator. You can establish layers and free transform shapes and objects. There is palm rejection technology and the new Marker Signature stylus has tilt sensitivity for shading and the screen has pressure sensitivity. The Remarkable can also read eBooks in EPUB and can also read and edit PDF files. Remarkable constantly updates their device, introducing new features such as handwritten notes being converted to pure text. 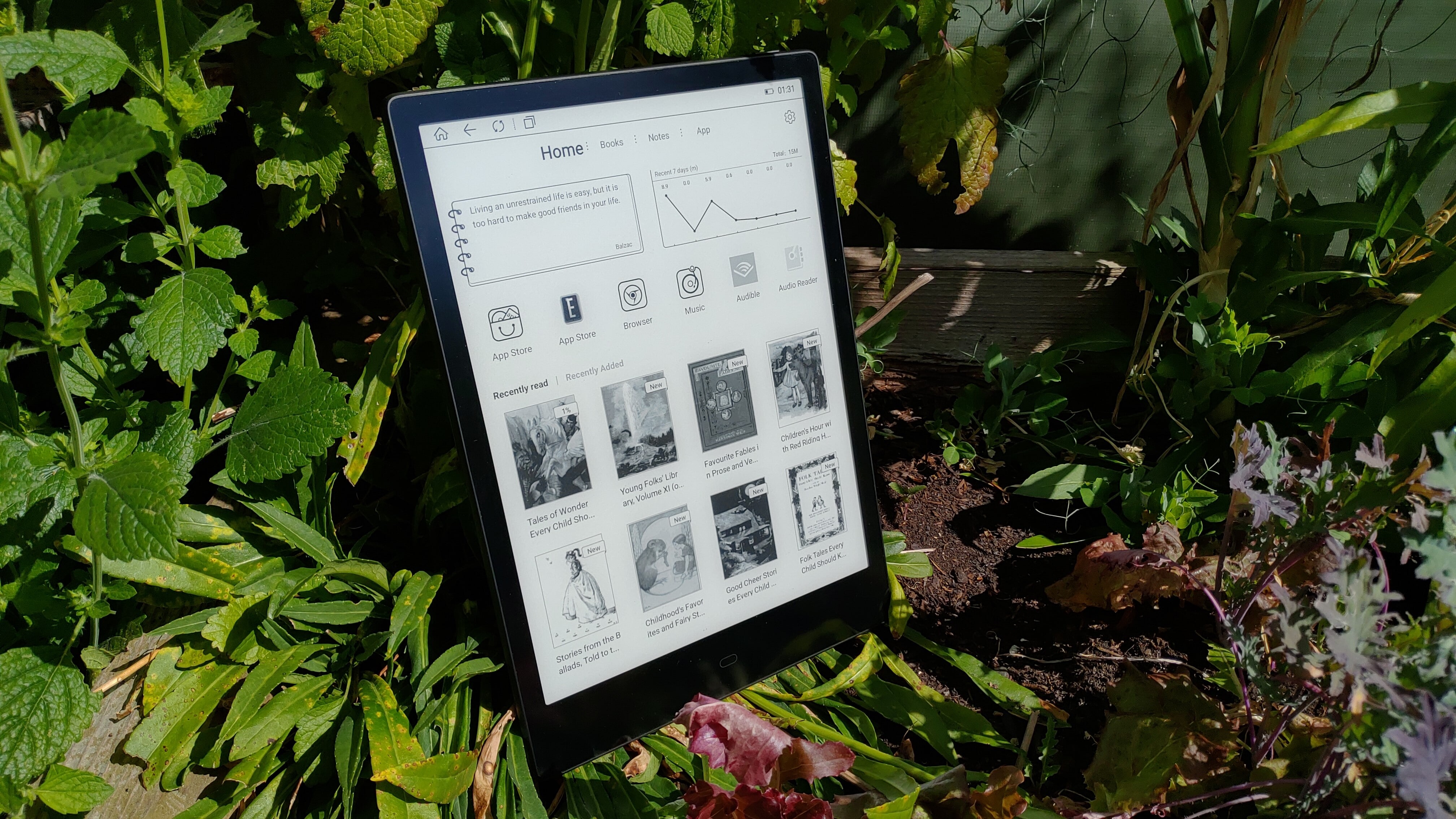 In fourth place is the Boyue Likebook series of note takers. This includes the Likebook Mimas and upcoming Likebook Alita. Unlike the Sony, Remarkable and SuperNote these products run Google Android, which allow you to not only edit PDF files or take notes, but also install your own apps and read ebooks in all of the popular formats. The Boyue pen is made of plastic and has a plastic nib, so you cannot shade or have the stylus at an angle. On the flipside Boyue tends to put speakers, microphones and they have Bluetooth for wireless accessories. The Mimas and Alita can be considered multipurpose e-readers, instead of a dedicated note taking device. 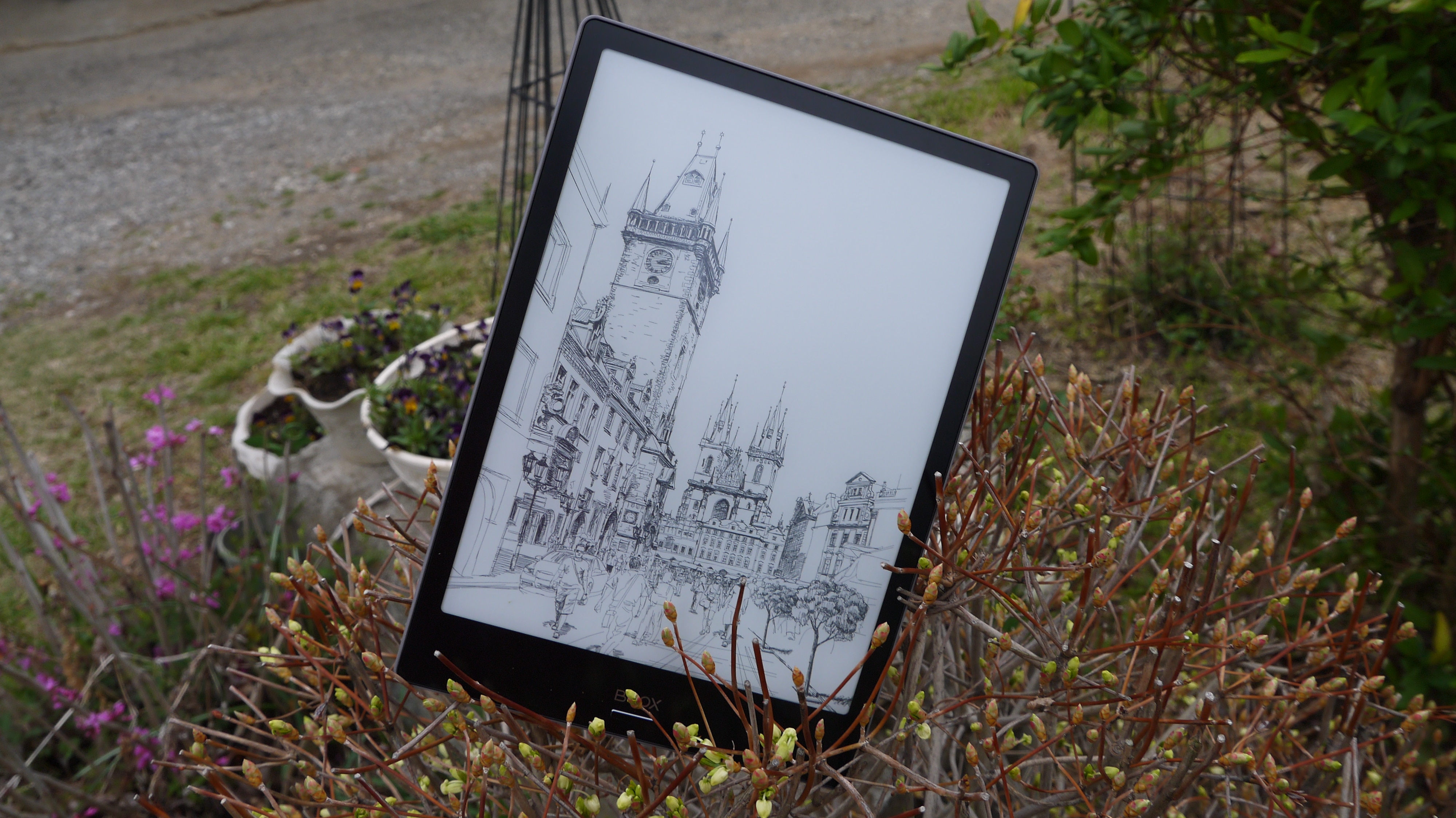 In 5th place is the Onyx Boox product lineup. This company has many products in their portfolio, but the best one is currently the Note Pro. Onyx makes digital note takers with plastic screens and glass based ones, so it gives customers a greater amount of choice. The Onyx pen has an eraser at the top which can easily erase content on the screen. The stylus is made of plastic and the nib is plastic, so you won’t have to replace it with constant use. Onyx runs Android, so much like Boyue, you can install apps from Google Play and read ebooks. Onyx updates their e-readers all of the time, with the latest and greatest features. The note taking experience is solid, the UI is well designed and there is pressure sensitivity with the stylus. Onyx has neat options like voice to text, where you can dictate notes. 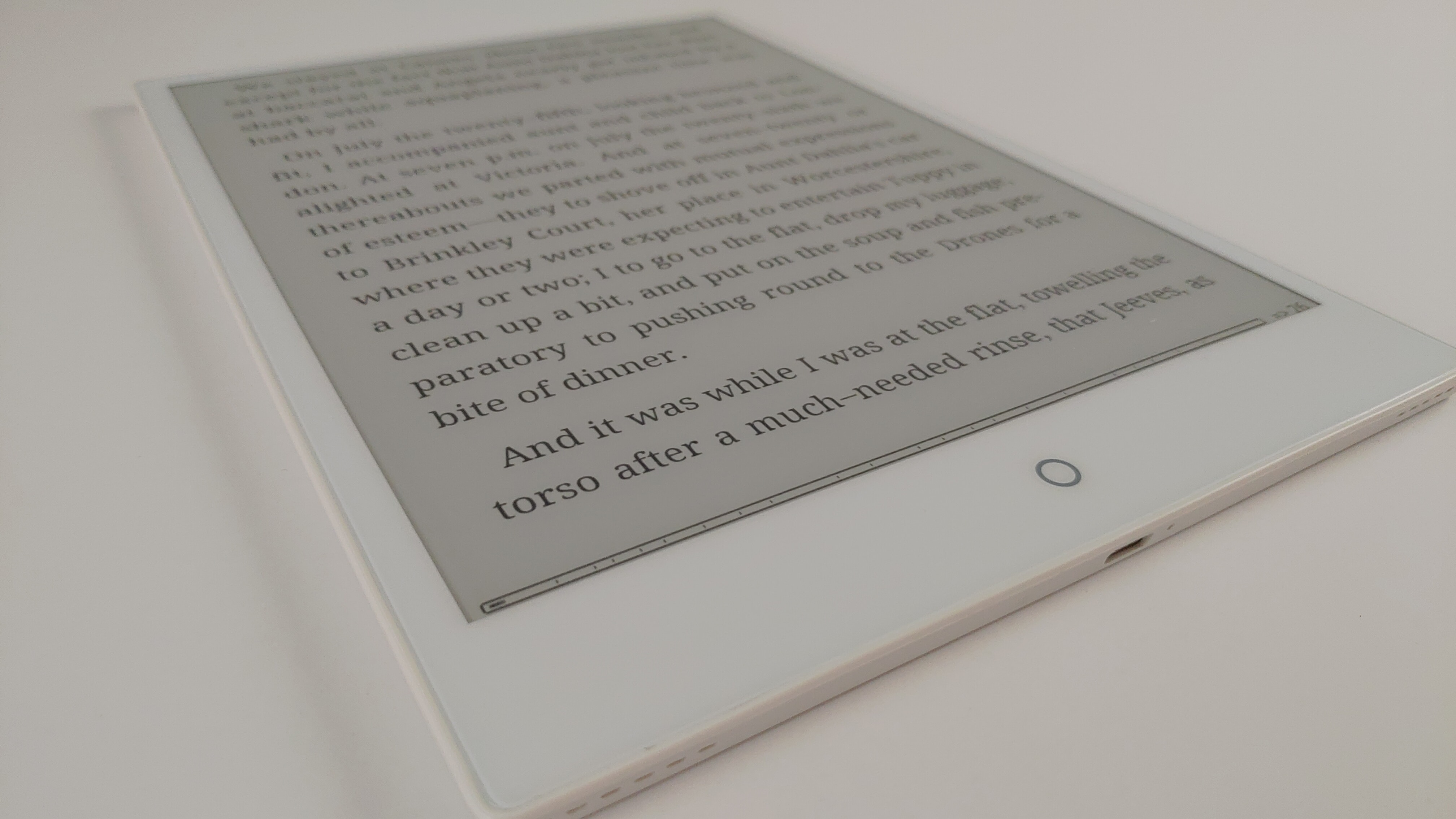 An honourable mention goes to the Wisky EE Write. This is a crowdfunded e-reader that will ship in August. The EE Write E-Pad features a 10.3 inch E Ink Mobius display with a resolution of 1872 x 1404 with 227 PPI. It has both a touchscreen layer for interactions and a WACOM one for taking notes and editing PDF files with the accompanied stylus. It has a front-lit display that is used to brighten up the screen and use at night or in low light conditions. The light is bright at maximum, but there is some grey area on the bottom of the screen. Underneath the hood is a deca-core Helio X20, which should dramatically increase performance with the Android based operating system. There is 2GB of RAM and 32GB of internal storage and is powered by a massive 4,100 mAh battery. The battery life of this unit leaves something to be desired, we reviewed the device over the course of four hours and it went from 75% to 40%. It also took around five hours to charge from 1% to 100%. It has USB-C, stereo speakers, Bluetooth and a microphone. One of the big drawbacks of the Wisky, is that it uses a phone OS. So everything on the screen is pixelated and the plastic stylus is poor.