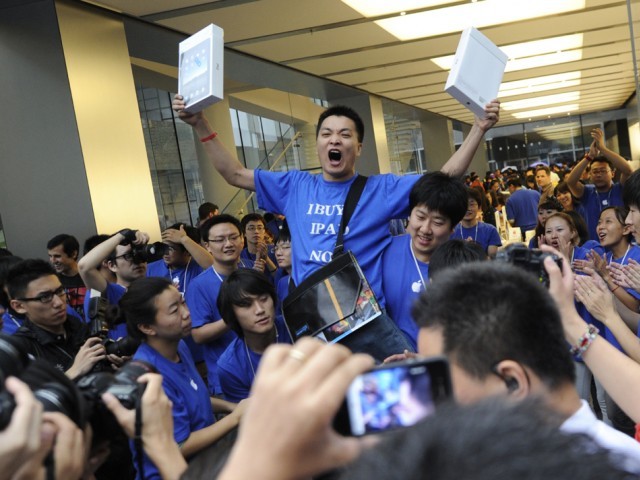 Apple clearly isn’t having a nice time in the various courts around the world where it is pursuing legal action against its competitors. However, its having the toughest time where perhaps it had least expected — in China. Guess what the Cupertino based company is charged with — trademark infringement over the term iPad, which in turn is the biggest product that has propelled Apple to stratospheric heights of success in recent times.

So far as China registry is concerned, iPad has not been listed as a trademark of Apple but is rather owned by Proview Technology. They have filed a case against Apple for using their trademark on its products as well as against the retailers who are selling Apple iPads. The amount they have sought from Apple to claimed to be a staggering $38 million.

“Proview made a formal complaint to the Xicheng administration in 2011 and they had planned to slap Apple with a 240 million yuan ($38 million) fine, but it was suspended after Apple’s objections,” said Xie Xianghui, a lawyer from the Shenzhen branch of Grandall Law Firm.

However, the amount of $38 million is something that is in doubt, for the Xicheng district administration has stated that everything is yet under consideration. The bottom line though is that Proview Technology wants Apple to remove the name of iPad from their products in China and tender an apology for having used the name so far.

Proview though has stated they are not keen to give up easily. “We have prepared well for a long-term legal battle,” said Xiao Caiyuan, a lawyer representing Proview from Shenzhen-based GH Law Firm.