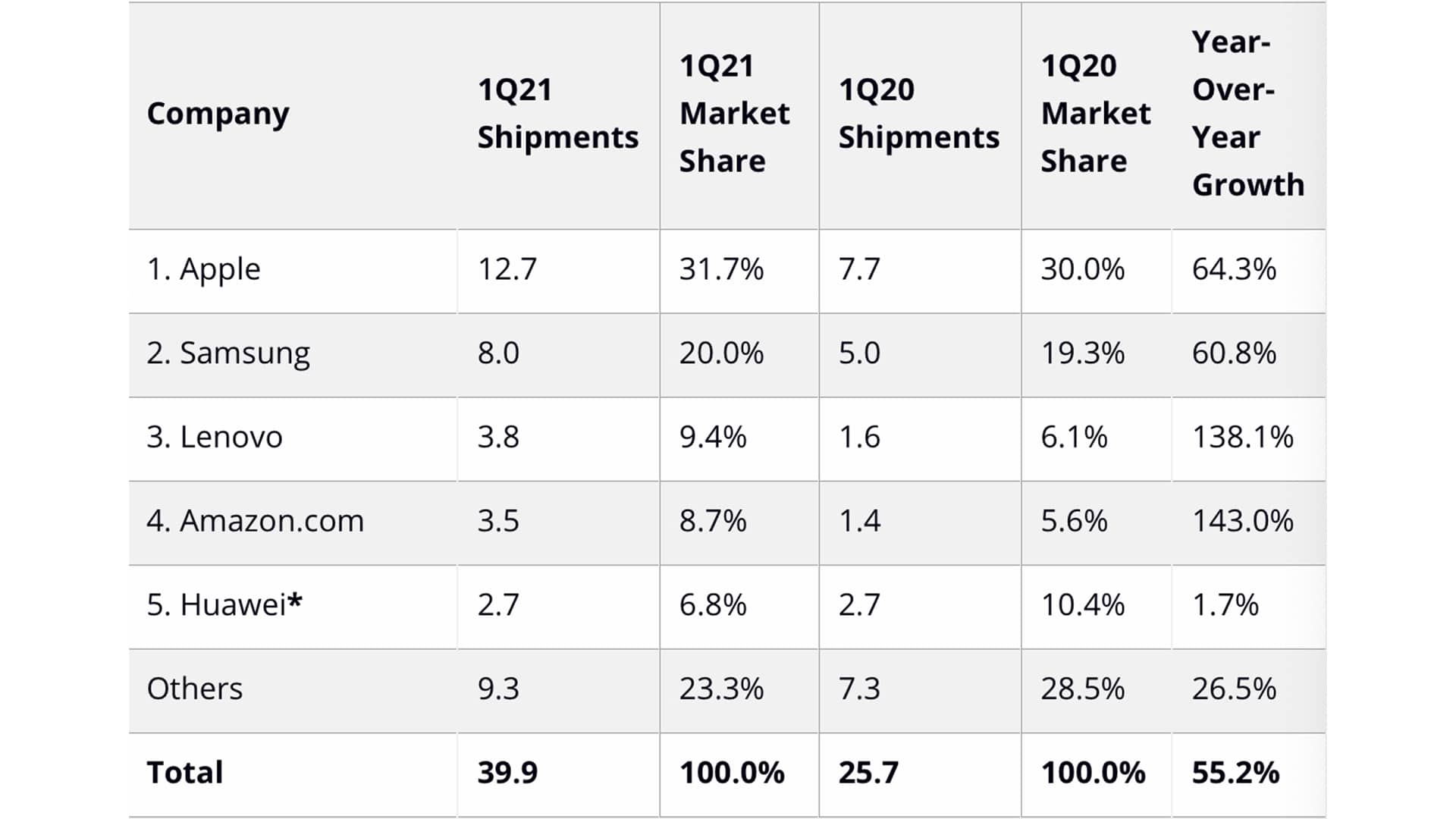 The sales of tablets in the first three months of 2021 have experienced 55.2% year-over-year growth and shipments totaling 39.9 million units, worldwide, according to the IDC. Growth of this magnitude has not been seen since the third quarter of 2013 when the tablet market grew by 56.9% year over year. Apple is the number one tablet brand, with a 31.7% of market share in this segment, selling over 12 million. Last week, Apple reported record Q2 2021 earning with $89.6 billion in revenue. Samsung is the global number two player, who commands a 20% market share and sold 8 million units. Amazon sold 3.5 million Fire tablets and has a respectable 6.8% of the market.

“While vaccine rollouts and businesses returning to offices may slow down the work-from-home trend, we are still far from returning to ‘normal’ working conditions and hence the demand for tablets, especially detachables, is expected to continue for a while,” said Anuroopa Nataraj, research analyst with IDC’s Mobility and Consumer Device Trackers. “However, as buyers increasingly turn towards competing products, such as thin and light notebooks for work or entertainment and Chromebooks for education, the future of tablets will remain under constant competition, leaving the heavy lifting to larger brands such as Apple, Samsung, Amazon, and Microsoft.”