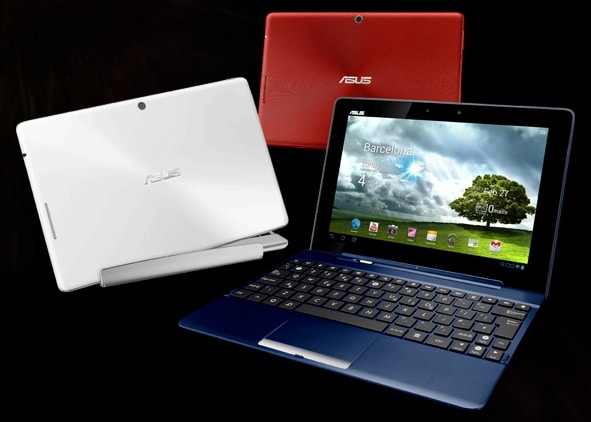 The Transformer Prime may be the latest and greatest from Asus, but it has a prohibitive price for your average user. This is where the new budget friendly Asus Transformer Pad steps in. Designed as a low cost alternative to the higher priced Prime cousin, the Transformer Pad is for those who’d like to have many of the features that make the Prime a much desired tablet but without being hard on the wallet.

Among the Transformer Pad qualities, the tablet will retain the Tegra 3 heart while also being 3G and 4G capable. Battery back-up times will be about 10 hours with another 4-5 hours added easily with the optional keypad dock attached. The 10.1 inch display will have 1280 by 800 pixel resolution which, it must be said, is quite modest after what we have seen with the iPad 3. The OS will be Android 4.0 ICS. The Transformer was first unveiled at the MWC and it’s good to see it’s finally set to make its debut on April 22nd.

However, Asus is mum on the price, though we know it will be cheaper than the Transformer Prime (which starts at $499). Interestingly, while Asus has said it will reveal the pricing on the 22nd of April, retailer BJs is reported to have started accepting pre-orders for the Transformer Pad for $399. That’s a whole $100 less, which isn’t bad for a device that can also be a laptop alternative.