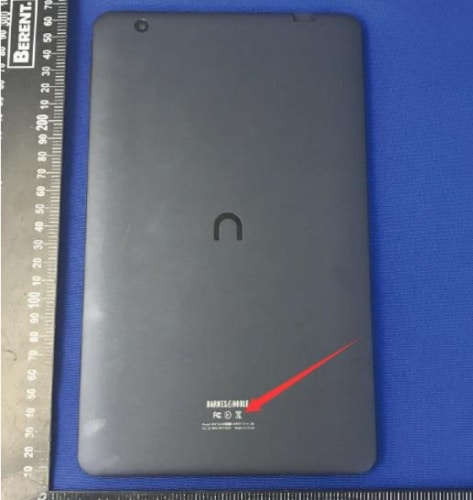 Barnes and Noble is going to be releasing a new 10 inch tablet this year and it will be available in all of their bookstores by the end of the year. The only information we know on this new tablet is that it has a 6,300 mAh battery, 802.11ac WiFi, and Bluetooth.

Barnes and Noble released their first tablet way back in 2010 with the advent of the Nook Color and for the next four years they designed their own hardware. In 2014 the bookseller started a tenuous relationship with Samsung where the Nook Android apps were preloaded on the tab, but sales were dismal and B&N pulled out of the deal.  In 2017 B&N decided to have more control in the tablet space and forged a deal with a little known Chinese company Shenzhen Jingwah, for the Nook Tablet 7 and this company is the same one that designed the new ten inch Nook tablet, tentatively called the Nook Tablet 10.

The Nook Tablet 10 will likely have a modern version of Android, Google Play and all of the booksellers custom apps. This will allow customers to buy audiobooks, ebooks, magazines and newspapers. A large 10 inch screen will be ideal for this sort of content.