It seems Samsung has found a way out to make available its Galaxy Tab 10.1 in Australia after all. This after stories of how Apple had been able to clampdown on sales of the Galaxy Tab 10.1 in Australia made headlines worldwide. However, in less than 24 hours, Samsung moved in to clarify the agreement it reached with Apple concerned the version of the Galaxy Tab 10.1 that is meant to be sold in the US. Since that never was meant to be sold in Australia, there is no stopping the South Korean company from launching the tablet Down Under. So as per Samsung, the issue of infringing on Apple patents does not arise. Samsung has said the tablet will be hitting Australian markets soon while a hearing has been scheduled on August 29th to sort out any contentious issues. Earlier, Samsung had said the Galaxy Tab 10.1 would be launched Down Under on August 11.

Meanwhile to this effect, Samsung issued the following statement:

“Apple Inc. filed a complaint with the Federal Court of Australia involving a Samsung GALAXY Tab 10.1 variant that Samsung Electronics had no plans of selling in Australia. No injunction was issued by the court and the parties in the case reached a mutual agreement which stipulates that the variant in question will not be sold in Australia.

A Samsung GALAXY Tab 10.1 for the Australian market will be released in the near future.

This undertaking does not affect any other Samsung smartphone or tablet available in the Australian market or other countries.

Samsung will continue to actively defend and protect our intellectual property to ensure our continued innovation and growth in the mobile communication business.”

New 7 inch Galaxy Tab with AMOLED panel in the works 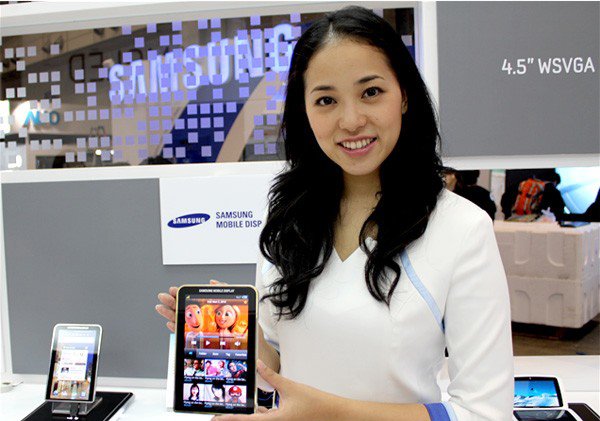 Also, in another development, there are reports of Samsung already having started developing a new version of the original 7 inch Galaxy Tab. The new Galaxy Tab will feature Active Matrix Organic Light-Emitting Diode AMOLED panel, with resolutions upped to 1024 x 768 pixels.

Though specific details are scare as of now, the new Galaxy Tab is expected to hit production lines soon with its launch in the US likely to happen as soon as this September itself.

In any case, the 7 inch Galaxy Tab has already found buyers in sizeable numbers owing to its features and a convenient form factor that aided mobility. The same with better display will surely make things all the more interesting though it will be important at what price the new Galaxy Tab’s are made available.

via androidcommunity, via bgr