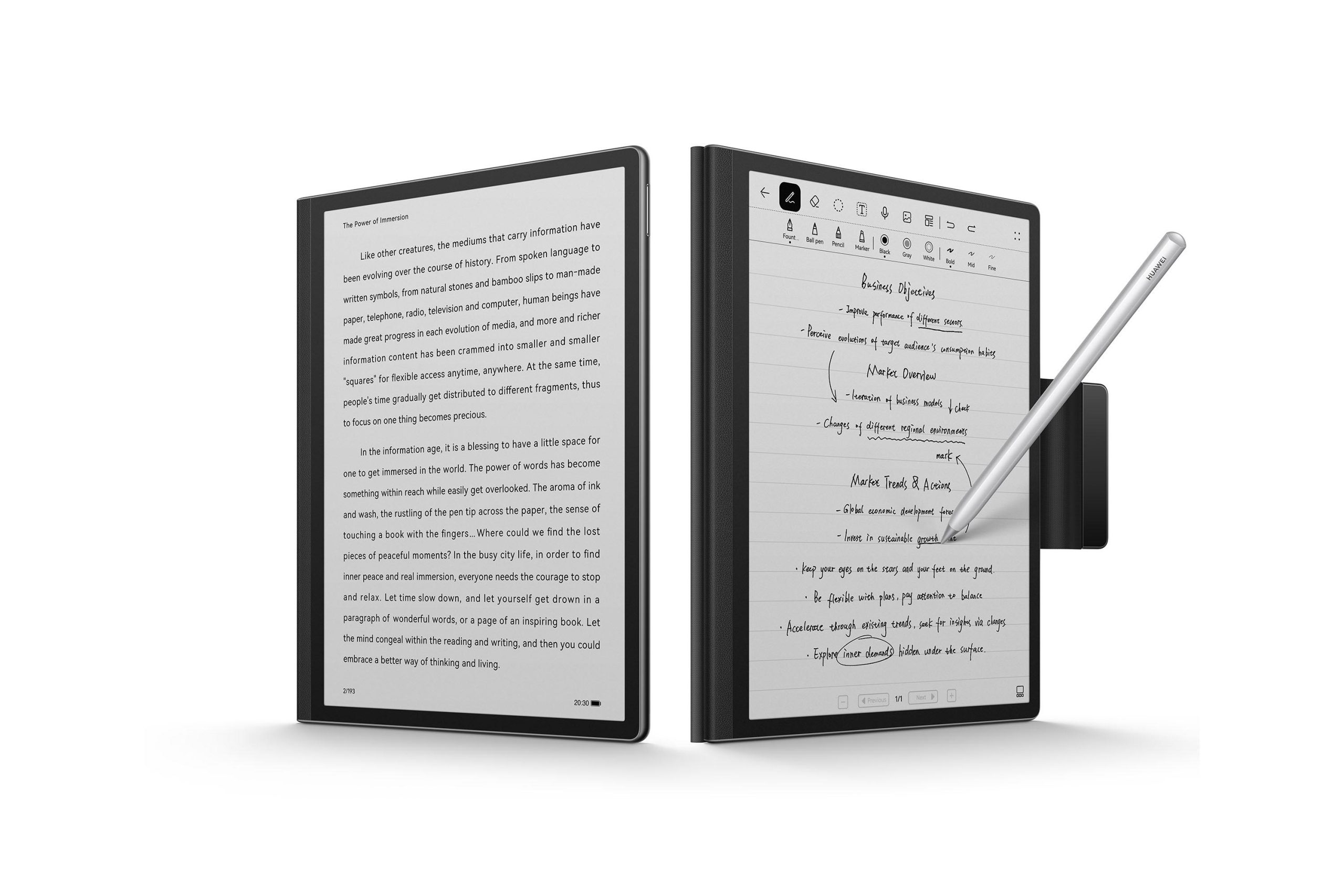 Huawei had earlier announced the MatePad Paper E Ink tablet will launch around mid-March. Now the company has officially confirmed it is happening on March 16 at the ‘2022 Huawei Whole House Smart and Whole Scene New Product Spring Conference’, HuaweiCentral reported. The company had launched the international version of the tablet on February 27 though at the March 16 event, the company would be launching the domestic version meant for sale in China.

The MatePad Paper also created quite a flutter in the tech circles thanks to its stylish looks and excellent specs. The first thing that catches the eye is easily the E Ink display that is further highlighted thanks to the super-thin bezels surrounding the display on all sides. It’s only the left bezel that is slightly thicker and gives the impression of an open book. Huawei said the 10.3-inch display has an 86.3 percent screen-to-body ratio and supports 32-levels of brightness controls. The display also supports smart refresh tech and has 256 grayscale effects.

Under the hood, the MatePad Paper sports a Kirin 820E 5G 6-core processor that is coupled to the Mali-G57 6-core GPU for graphics processing. There is 4 GB of RAM onboard along with 64 GB of storage. The tablet is also compatible with the second-generation M-Pencil which Huawei offers with its high-end notebook devices. The stylus has an extremely low latency of 36 ms and offers 4096 Levels of Pressure Sensitivity. Power comes from a 3625 mAh battery that is backed by a 22.5W fast charger.

The MatePad Paper however runs Harmony OS which is relatively new and might need some getting used to. It lacks the wide appeal of say Android or iOS. Fortunately, the Harmony OS supports sideloading of apps, which means one can always have the app of their choice by installing the right apk file. Meanwhile, the company is yet to commit to a firm launch date of the MatePad Paper in Europe or anywhere else in the world.