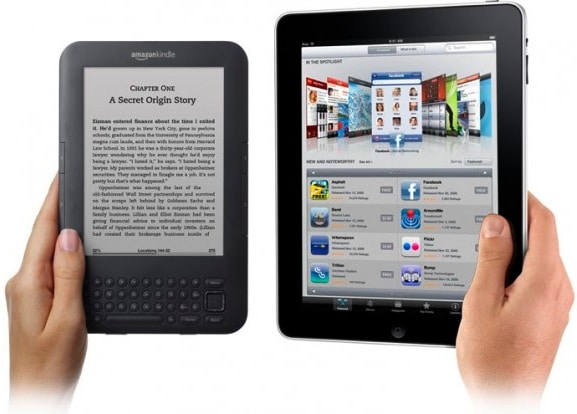 Apple and Amazon are the two biggest players in the tablet and e-book reader segment respectively, though it’s the iPad that might just have edged past the Kindle as far as the product’s age and resale worth is concerned. A recent research report suggests that the iPad has more value then Kindle products.

So what type of value do these devices hold? The Apple iPad will lose just half its initial cost a year after purchase while the Kindle loses up to 75% of its value during the same time.  Similarly, the Kindle e-readers continue to lose their sheen in the re-sale market faster than the iPad. The Kindle 3 or “Keyboard” is known to be selling on Craigslist and Ebay for only $16. Compare this to the $139 that Amazon is selling the same for via its retail site. All of that translates to a 22% faster depreciation rate for the Kindle compared to the Apple iPad.

“Kindle’s frequent price drops combined with multiple models now available heavily contribute to its reduced Gazelle value,” said an executive with electronics reseller Gazelle, Anthony Scarsella. “Similar to what you see in Andriod phones (lots of model updates and frequent price drop) compared to iPhone (few models, stable pricing), the iPhone holds about 60% of its value one year after launch while even the best Androids only hold about 40%.”

Apple is in the process of launching a whole new iPad this coming month which means there will be a sharp rise in the sale of the older versions. However, there aren’t any such resale figures available as yet for the Kindle Fire tablet, seeing as it’s just 4 months old. Incidentally, the Kindle Fire happens to be the biggest competitor of the Apple iPad and it will be interesting to see how the Amazon tablet measures up to the iPad in the resale market.