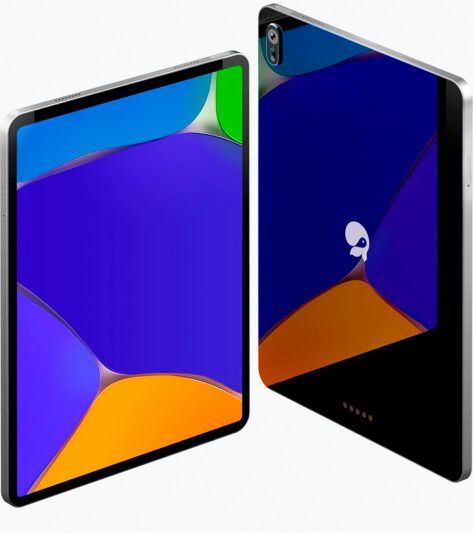 Here finally is something to be really excited about in the tablet segment, the new JingPad A1 running the Linux-based Jing OS. What’s great with the JingPad A1 is that it comes with support for a stylus with 4096 levels of pressure sensitivity and a detachable keyboard complete with a touchpad.

The Chinese startup Jingling also stated it’s Jing OS comes across as a stable platform for tablet operations. It seems to have been modeled along the lines of the Apple iPadOS though, beneath the outer user interface, you get a feel of Linux on the desktop. The Jing OS should also be able to run native Qt5 (and Gtk3/4) Linux applications with no major compatibility issues. The same perhaps can also be said of Android applications as well though that would be via Anbox or hybris.

Coming to the hardware side of the story, The JingPad A1 boasts of some stellar specs as well that can match the best in its class. The tablet has been built around the octa-core Unisoc Tiger ARM CPU that works in unison with the PowerVR GM 9446 GPU. There also is 6 GB of memory on board along with 128 GB of native storage.

Dominating the front is an 11-inch AMOLED display having 2k resolution. The display has a 4:3 aspect ratio which the company claims is just perfect for reading books or magazines, besides engaging in web browsing or other tasks.

Another cool feature of the tablet is its support for both 4G or 5G connectivity though that is going to be region-specific. For optics, there is the single-lens 16 MP rear camera while the front gets an 8 MP camera. Power comes from an 8000 mAh battery which is pretty impressive for a tablet of its class.

The company though is yet to reveal what the tablet will cost or when it is going to be launched internationally.