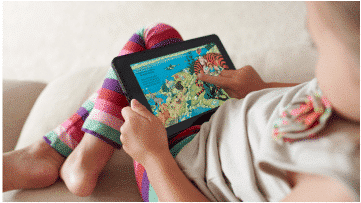 The Kindle Fire is here and is making waves that have reached Apple shores. Market research firm Changewave Research decided to find out how in-demand the Fire actually is, and have concluded the Kindle Fire is close on the heels of the iPad as far as demand and popularity goes. As per their report, Kindle Fire will emerge the second most purchased tablet device this holiday season. It is evident people have been longing for a low cost device, and most other tablets to cost upwards of $499. The cost factor alone seems to be ruling the market trend these days, and the HP TouchPad fire sale is ample proof of that.

In fact, in the long run it appears that there will be two distinct tablet segments. One will be dominated by the high cost devices, whose demand is a result of their quality. The other segment will contain the likes of the Kindle Fire, low cost tablets that continue to offer a decent package at an accessible price. Kindle Fire might not be able to do all that an iPad does, but it does remarkably well with what it has. In the end, this does matter a lot.

Analysts predict the Kindle Fire could top out at 5 million this year, while sales could peak at 20 millions units in the next. Sales during the first quarter could reach 8 million. If the Kindle Fire is sold in those numbers, it could well turn out to be single largest selling tablet running Android. Amazon is expected to come up with the next version of the Kindle Fire in the summer of 2012.

In the meantime, Foxconn has emerged as the second ODM of the Kindle Fire after Quanta. Production is slated to begin in the first quarter of 2012. Foxconn will also be manufacturing the 8.9 inch sized Amazon tablet from the middle of 2012 for a potential release sometime towards the end of second quarter.

via digitimes, via asiaone