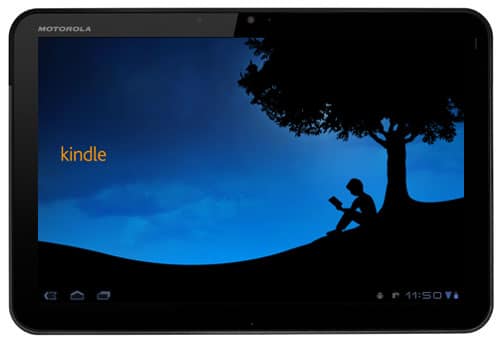 Amazon has officially updated their seminal Android Kindle for Android Application today and brings the firmware version to 3.4. This new update brings only two major things to the tablet which are sure to make it an essential install.

The main thing that has changed with the application is the physical size. In past updates it blew up to over 10 MB and they have managed to bring it back down to about 8. It is not a huge difference but size does matter to some. The only other good option was the addition of  ‘real page numbers.’ This was a feature that mainly was developed last year and makes sure your ebook syncs up exactly the way the printed version does. In the past when you had an ebook and were on page 16, it would be different then the page 16 of a tangible book. This was mainly due to the formatting and the way the table of contents was laid out.  If you are in a bookclub or reading a textbook this is an install you will want to get.

You can download the update from our very own Good e-Reader APP Store to install it to your phone, e-reader or tablet. Be sure to get our upgraded Good e-Reader Android Client App today!  We added some great new features such as ratings, commenting and pushed update notifications.