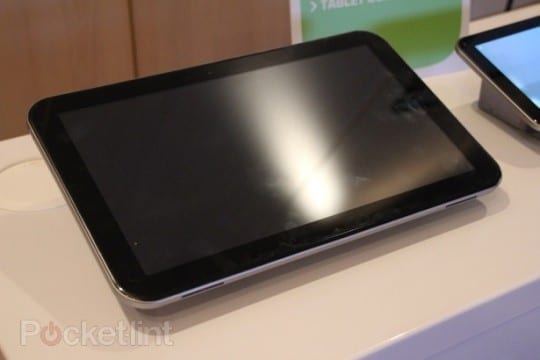 How about a tablet device that’s thin and light along with a screen size of 13.3 inches. Toshiba recently showed off just such a device at the Toshiba 2012 conference held in UK and the device in question did look sleek and beautiful. It wasn’t a working prototype though it did seem to pack in all the necessary hardware inside. Also, while details of the tablet are being kept under wraps as of now, what seems a possibility is that the tablet will pack in a Tegra 3 chip. However, its not also known for sure if the tablet will at all make it to he market, and if does, of what use a tablet that big will be of. Also, a 13.3 inch sized tablet might not be the cheapest around which means, the tablet will have a niche market to itself. As such, volume sales will not be a possibility with a tablet with a 13.3 inch display.