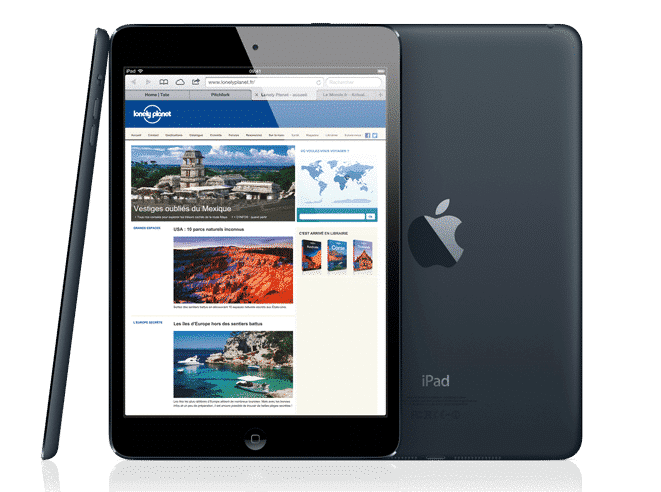 This seems pretty obvious, given Apple’s present obsession to pack in as many pixels as is technically feasible, making it impossible for the naked eye to differentiate each individual pixel. The Retina craze started out with iPad 3 (among Apple’s bigger screen displays), but has since made it to many MacBook devices as well, not to mention the new iPad 4. In fact, it came as a surprise when iPad Mini was kept out of the Retina display club. However, such a scenario poses the perfect breeding ground for rumor mongers to flourish, and they are back with rumors of Apple already into developing the next gen iPad Mini that will offer Retina display.

However, it’s not as simple as it seems. Apple can;t just add a new higher resolution display to the already existing iPad Mini. A more heavy duty battery and a more capable processor are be required to ensure the same zippy performance levels as well as all day long battery backup times that has already made the iPad Mini one of the most sought after tablet devices. However, a higher capacity battery might add a few precious millimeters to the mini iPad, which boasts of an ultra thin profile, which in turn is one of the tablet’s key USP. The iPad Mini stands for mobility and portability, compared to the regular 9.7 inch iPad, and it would be really interesting to see how Apple manages the Mini’s future. It will be difficult to create an iPad Mini with Retina display while still keeping it slim and snappy.