You are here: Home / Tablet PC News / The Asus Padfone Now On Pre-Order 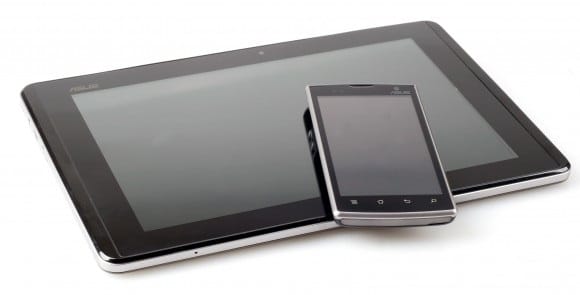 The world’s only tablet and smartphone combo device is now ready for its stint in the real world after spending more than a year in development. We first saw this device when it was unveiled at Computex 2011 and thought it was one of the most unique gadgets ever. The Padfone from Asus is all set to debut in the Taiwanese market on April 20  but the great news is that pre-orders are being accepted right now. However, the prices announced are not very  pocket friendly. Like its a quite staggering NT$ 17,990 or USD $610 for the phone, NT$ 28,901 or $650 for the tablet. This would include the headset and stylus. For those who wish to pick up the entire paraphernalia it would cost NT$28,901or USD $980.  So lets get this straight, for almost one thousand you can get the phone, tablet, keyboard and stylus. Can this cost be possibly worth it?

Battery life is an area where the Padfone scores a ton of points.  Since the smartphone can not only draw juice from the tablet but also with the keyboard dock in place, the talk time can be an impressive 102 hours. In fact, the smartphone, which incidentally forms the brains of the Padfone device, can be charged when slided into the tablet, which in turn can have a larger energy pool with the keypad dock attached.

What remains to be seen now is how consumers react to the device.