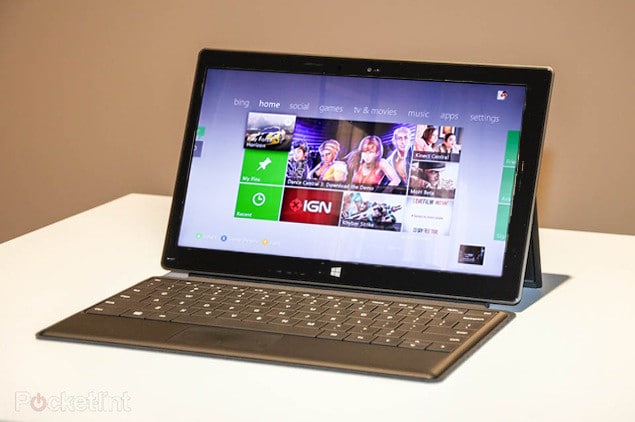 The usual crowd frenzy surrounding iPad launches has been missing for the iPad Mini, perhaps because its price was a bit higher than what many had expected. Nevertheless, both the Mini and iPad 4 collectively set a new first weekend sales record at 3 million, which is double that of its previous best iPad launch of 1.5 million set by iPad 3 in March.

Apple isn’t revealing how many of the iPad Minis or iPad 4s it has sold. The white and silver model of the mini iPad has been the most popular and had sold out in just minutes of it having gone online.

Come November 9th, consumers will have a smart new choice from AT&T for 4G LTE enabled tablet devices – the ATIV smart PC and the Galaxy Tab 2 10.1. While we are familiar with the Galaxy Tab 2 10.1 style, the ATIV smart PC is an entirely new development and has been designed to run Windows 8. The tablet does not come cheap, priced as it is at a quite hefty $800, while the Wi-Fi version of the same will come for $650. The unique aspect of the ATIV smart PC is that these two models will be among the first to feature the low power Intel Clover Trail CPUs.

Apple may be selling more tablet devices than anyone else in the market, with its sales figure counted in millions of devices, but is still losing ground to its competitors running Android, as revealed a research study by IDC. iPad’s market share went down 15 percent in Q3 2012, though it still commanded a dominating 50.4 percent of the market during the same period.

In comparison, Samsung’s share rose from a miniscule 6.5 percent in Q3 2011 to a respectable 18.4 percent for the same period this year. Amazon, with its Kindle Fire range of devices, is at the third overall spot with a market share of about 9 percent.

Microsoft may have priced its Surface line of devices very competitively vis-à-vis the iPad, though analysts believe it could have been priced even cheaper. The latest teardown report from iSuppli point out all the parts that go into making the least expensive Surface add up to $284, while the tablet (along with the touch cover) is priced at $600. That points to a very healthy profit margin and is in stark contrast to the strategy adopted by Amazon and Google with the Nexus 7 or the Kindle Fire, both offered at extremely thin margins to gain market share.

Microsoft may be devoting resources into developing a 7 inch version of the Surface RT. This is still in rumor stages with sources pointing out it could be built predominantly for the gaming community and is likely to feature an ARM based processor and a high RAM capacity. The Richmond based company had earlier ruled out delving into the 7 inch tablet sphere for the time being, but seems to have gone through a change of mind already.

The ThinkPad Tablet 2 is one more option in the Windows 8 genre, with the tablet announced to be ready to hit shelves by November 16. Built around Intel’s Atom Clover Trail processor, the tablet is priced at $649, though it seems the price is for the tablet alone and does not include the keypad docking station.

Price has been the biggest USP of the tablet built by Chinese manufacturer Ainol and that continues with its latest offering – the Novo 10 range. Of these, the Ainol Novo 10 Hero II features a 1.5 GHz Actions Semiconductor ATM7029 qud-core processor and ARM Mali 400 graphics and is priced $240. The Novo 10 Hero is the cheaper variant and comes with a dual core 1.5 GHz Amlogic 8726-MX processor with Mali 400 graphics and costs $194. Both the device run Android 4.1 ICS.