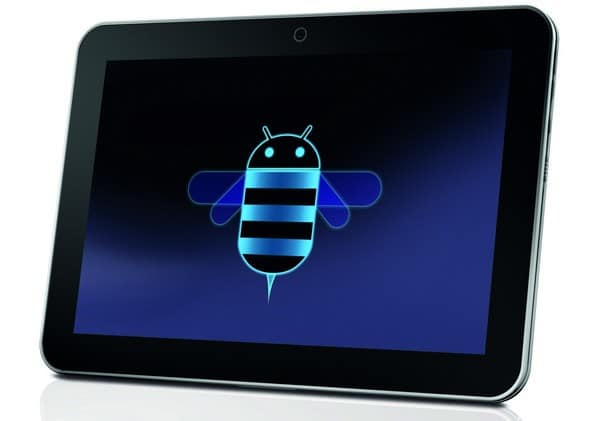 Thin is definitely in in the tablet sphere and the crown for the thinnest tablet right now belongs to the Toshiba AT200 tablet device. Toshiba has had a pretty unimpressive run at the tablet segment with its previous tablet offers having received lukewarm response so far. All of that might change with the latest AT200 (also referred to as the Excite X10 and Regza AT200) as the tablet sports not only decent specifications but also is priced reasonably though there is some more scope for improvement on the latter if Toshiba really wishes the AT200 with all the success. Like the 16 GB version will set one back £399 while the same with 32 GB on-board will cost £449. The tablet will reach the US as Excite X10 and while direct conversion of the UK price to USD comes down to $630 and $710, actual price is likely to be less than that. In fact, it has to be much less than that if Toshiba really wishes the tablet to shine in the US market.

Specification wise, the AT200 comes with a 10.1 inch 1280 x 800 pixel LED backlit display while on the other side of it lies a 1.2 GHz dual core TI OMAP 4430 processor. The tablet boasts of a 1 GB RAM along with a 5 and 1.3 megapixels camera along the rear and front respectively. All of the above is neatly packed into a sleek body that’s just 7.7 mm thick while weighing only 558 gms, making the AT200 one of the thinnest and lightest around.

However, strange as it might sound, the AT200 isn’t starting off with Android 4.0 ICS right out of the box but an upgrade to it will definitely be there down the line. Till then, its Android 3.2 Honycomb that early users will have to do with. Further, the AT200 will have to make or break within the next few months by which time more powerful tablets will be there for the taking. Toshiba will have the play the price card really well to ensure the AT200 survives then.

Carphone Warehouse is selling the AT200 online in the UK and would reach stores by Feb 15th.