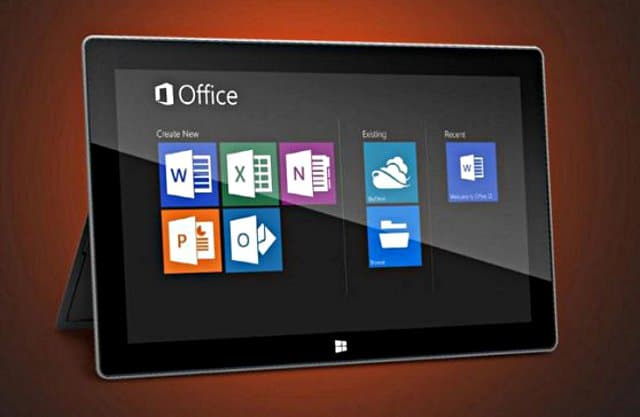 Microsoft is readying a Surface that would be based on an ARM chip and would run Windows RT which in turn is a version of Windows 8 that has specially tweaked to allow for its smooth operation on an ARM architecture. While all of that is good, more so since its likely to be a lower priced version of the Surface aimed for the masses, what is not is that the tablet is touted to run just the preview version of Office 2013 RT. So its a few missing features that early adopted of the Surface RT will have to endure though those will be made available later as a future update.

Among the features that Office 2013 RT on early Surface RT devices will have to make do without include macros, third-party add-ins, VBA support and such. Those privy with the development is reported to have stated the above mentioned features have proved to be a bit harsh on the tablet’s battery credentials as well as the processor. So the next thing Microsoft have on their mind is to modify these enough to ensure they are not as battery intensive as it is found to be right now while also adding to the reliability factor.

The Office productivity suite has been one of the biggest grosser for Microsoft and the Redmond based company will surely do everything it can to keep it just that. So an update to the full version shouldn’t be too far away though as per information with the verge tell us the earliest we can expect it is early 2013.