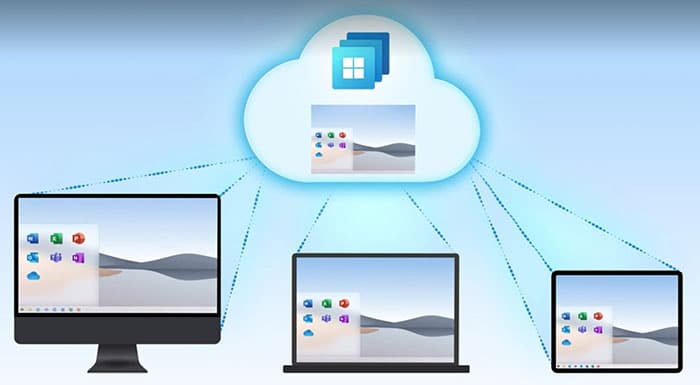 Microsoft recently announced its new cloud-based Windows 365 service which allows for a full-fledged Windows experience on any device and any platform. So, be it a desktop, a laptop, a tablet, or even a smartphone, one will be able to experience Windows 10 or Windows 11 (when it becomes available later in the year) via an app or a web browser seamlessly.

That is not all as Windows 365 is also compatible with any platform, which includes Mac and iPadOS as well. What that means is the service is perfectly accessible via even Mac or iPad devices. Even Linux or Android users will be able to access Windows 365 on their respective devices.

Microsoft said the service can be accessed on any device that has an active internet connection. Also, the service will remain consistent irrespective of whether you are using a high-end device or one with just average specs since all of it is cloud-based. You can start off on one device and then move on to another and still be able to start from exactly where you had left off, with zero loss of data or other settings.

For security, all data stored in the cloud are encrypted. This applies to even the traffic to and from the pc or other devices which too are provided a layer of encryption. Other security features used include the use of Zero-Trust architecture where Multi-Factor Authentication or MFA is used for verifying user login details.

There are going to be two versions of the service – Windows 365 Business and Windows 365 Enterprise offering different Cloud PC configurations depending on the computational requirements. In any case, users will have the option to configure the virtual PC as per their needs, which includes opting for a max memory allocation of 16 GB and 512 GB of storage.

Windows 365 is expected to launch sometime around early August though it will initially be available to only business users. Also, it is going to be a subscription service though here too, Microsoft is yet to reveal its plans. Also, it’s not known yet whether there is going to be a plan applicable to the general user.