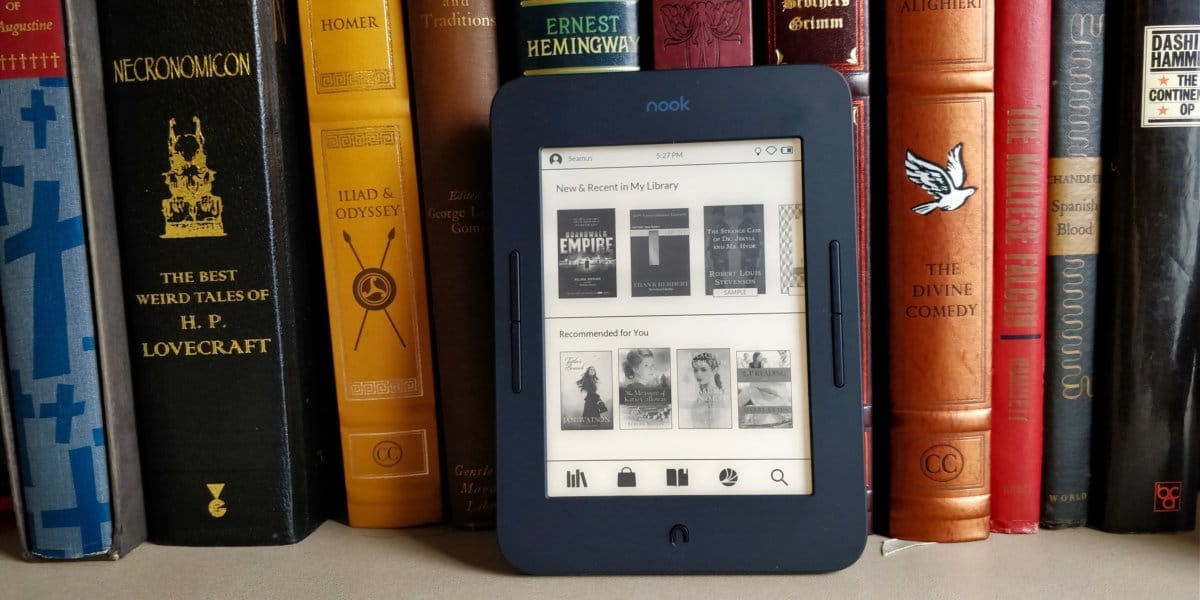 The Barnes and Noble Nook Glowlight 3 e-reader and the Nook Glowlight Plus have been completely sold out since the beginning of March both online and in-store. The main reason, was due to so many people buying them, that the bookseller couldn’t keep up with demand. They contacted Netronix, which is their manufacturer to produce more.  Right now, the Nook Glowlight 3 is once again available, online and stores should be receiving them sometime this week. The Nook Glowlight Plus 7.8, which is their latest generation e-reader is going to take a bit longer, the manufacturer has shipped them out, but Barnes and Noble has not received them yet at their main depot, so it is likely this model won’t have wide availability until the end of April.

There are two products that customers can buy right now on the main B&N website and in-store. This includes the aforementioned Glowlight 3, but the brand new Nook 10 HD tablet, which we conducted an unboxing video of a couple of days ago. Over the course of our tests, we found that it is perfectly suitable for reading all of your Nook content, but also other apps from Google Play, such as Libby, Kindle, Kobo, Comixology, Marvel Unlimited and various manga. Due to the constraints of resolution, the processor and RAM, it won’t be able to handle all of the AAA game titles, but would be able to handle more casual games. Netflix, Prime Video or Disney + would also be viable, but you will only get 720P and not 1080P.

Meanwhile the Glowlight 3 is a bit long in the tooth, but still a perfectly viable e-reader. It came out in 2017, but e-paper technology hasn’t really changed much over the years. Color e-paper is really the only real new innovation and has been constantly refined over the past two years, with the 3rd generation coming out this summer. Large companies like Sony are now going to release a color product, in the form of a 10.3 inch Digital Paper.