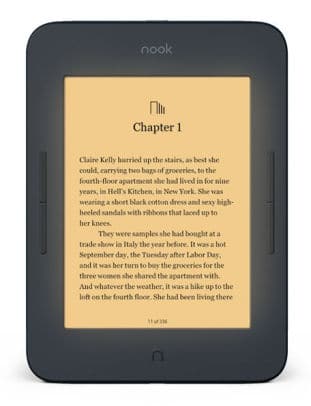 Barnes and Noble is going to release a brand new Nook e-Reader this week. This device was not designed by the bookseller, but was outsourced to an unknown company. Sources close to the situation have disclosed to Good e-Reader that it will be announced on Wednesday and will be available in all of their bookstores as soon as Thursday.

The B&N Nook Glowlight 3 maintains a lot of the design elements of the original Nook Glowlight that was released in 2013. The new model has a black rubberized frame and the corners are less rounded. There are a series a of buttons that do different things, depending on if you are single clicking or double clicking them. The buttons are positioned differently than the original and there is no home button, it is all software driven.

On the hardware side of things it is running 1 GHZ Freescale processor, an undisclosed amount of RAM and 8GB of internal memory. There is 6GB of memory available when you turn it on for the first time and there is no expandable storage via an SD card. Users will be able to access the Nook Bookstore and Nook Readouts via WIFI, but there is no Bluetooth or 3.5mm headphone jack. It is currently unknown if this is a waterproof e-reader.

Barnes and Noble is employing the same type of light sensor system as the new Tolino EPOS and Kobo Aura One. The Nook Glowlight 3 has a new night-mode feature that glows an orange-ish hue instead of the blueish light.  The screen can also be customized to display a pure white illuminated display or the new RGB system via the lighting control center. The brightness of the screen be automatically controlled via the ambient light sensor if you do not want to manually configure the settings.

Barnes and Noble founder Len Riggio publically stated that they are no longer a tech company, but an internal memo stated that the bookseller will always offer a tablet and ereader option; they just won’t be designed and manufactured in-house. The current tablet that is being marketed is the Nook Tablet 7 and this new e-reader will be announced within a few days.

Sources within Barnes and Noble have disclosed to Good e-Reader that the e-book system has undergone a revision. Page turn speed is lightning quick and there are hardly any full page refreshes. The software has been heavily optimized and there has been a ton of work involved in getting the firmware ready for the initial release.

Update: Here is the FCC documentation sent to us from a Barnes and Noble staff member and a picture of the new device.

Update 2: Barnes and Noble officially announced the new device today, it will be available in stores on November 8th and pre-orders are available now. It will cost around $119 and does have a home button (one of the few things I got wrong with my advanced knowledge of the e-reader) 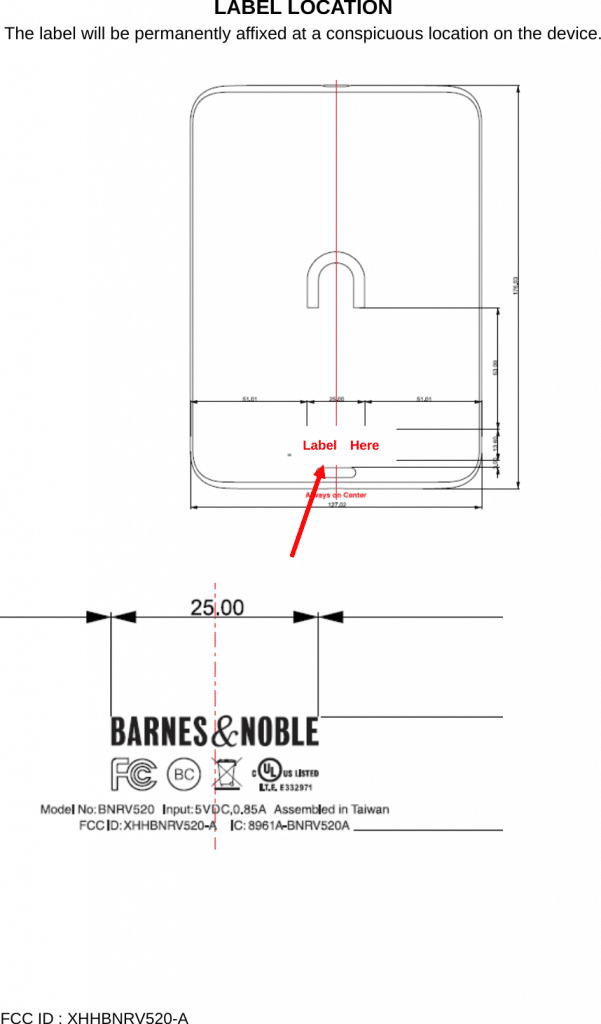