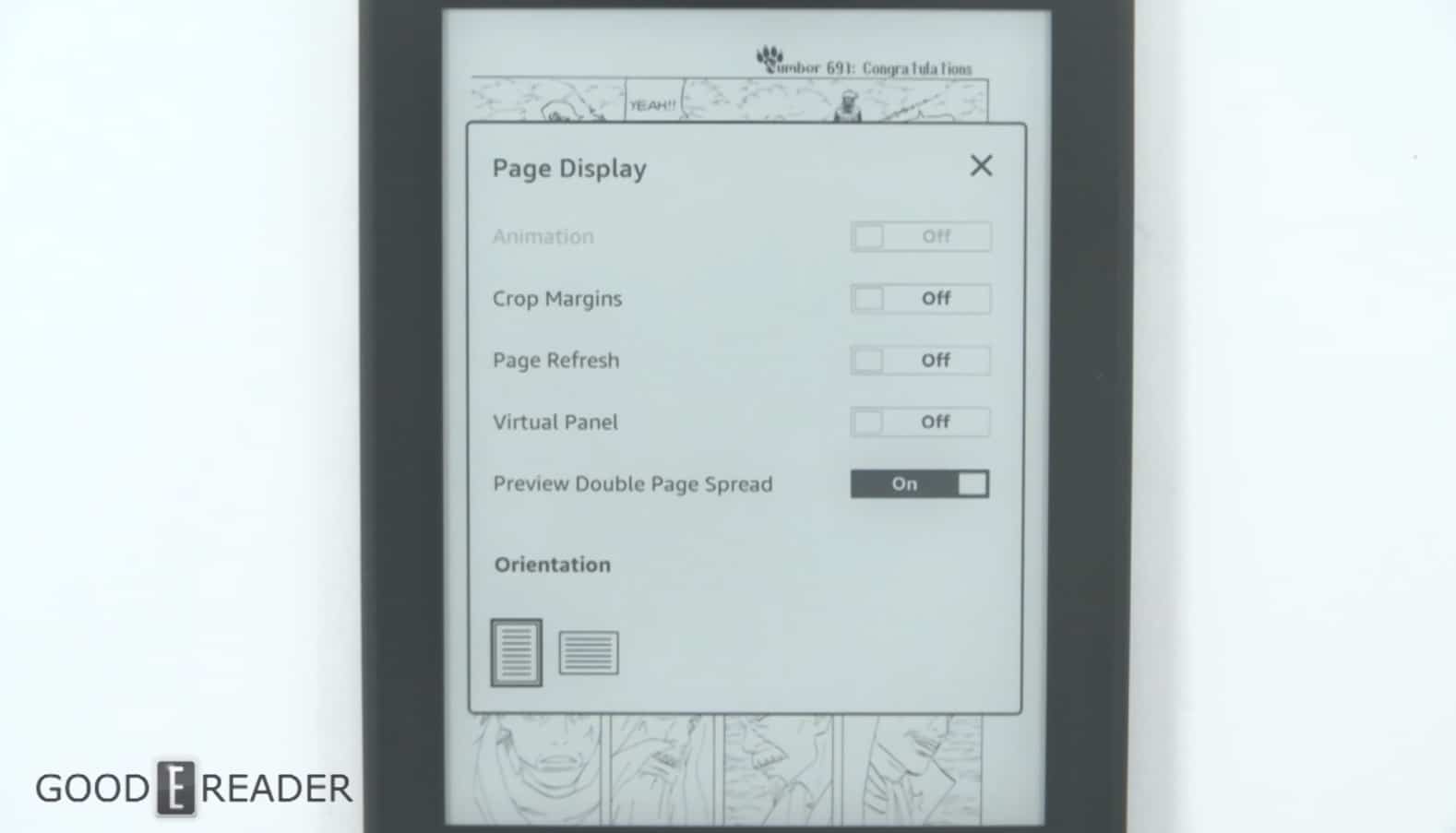 The Amazon Kindle Paperwhite 4 has an 8GB and 32GB model, the larger variant is perfect for manga, since large editions often require more storage.  This e-reader has a dedicated engine devoted to manga and has plenty of advanced options to get the most out of content you paid for or have sideloaded from the internet.

Amazon has ported over the Kindle Manga Model engine and implemented it into the Paperwhite 4. You have a panel by panel view mode, that is similar to the Comixology Guided View system. This system basically breaks everything into quadrants, and some text is clipped, until you hit the page turn button.There is also a rapid page turn system that will quickly scroll forward or backwards when you hold your finger on the left or right side of the screen. A small popup will appear in the middle of the screen when you do this and will show the current page number you are on.

When reading digital manga it is important to read in portrait mode. The panel by panel view tends to only seems to work this way and it functions similar to the Comixology Guided View system in this regard. It will blow up a page and go panel by panel, but this only works with content purchased from Amazon, likely it has some underlying metadata that synergizes with this system. I have found that reading manga in landscape mode makes the entire page too small to read the text on the screen, so you better get used to portrait mode.

If a manga is too small both in landscape or portrait mode there is a pinch and zoom feature. The Paperwhite handles this fairly well, although there is some discernible lag between finding the sweet spot and the entire page refreshing. A small mini-map appears on the bottom right of the screen, that displays where exactly you are in the document, but unlike PDF files, there is no screenshot of the page to serve as a correct guide.

Amazon deals with all of the top publishers in Japan and almost all of their manga has been translated to English. They have content from everyone, so you will find small niche stuff that is emerging, alongside all of the popular stuff and everywhere in-between. Manga is also really affordable, often costing less than a bestselling ebook from a big publisher such as Penguin Random House. You can normally pick up something like In Another World with my Smartphone for $6.95 or My Hero Academia for $5.47.  The paper version of manga from Amazon is normally $2 to $5 more than the digital edition, so if you read lots of it, it makes sense to go completely digital.

It is important to note that most manga is black and white and not colorized, this makes it perfect for an E Ink display, which only shows varying degrees of black and white. Comic books are designed with color in mind and tend not to look as sharp and have good constrast like mana does.