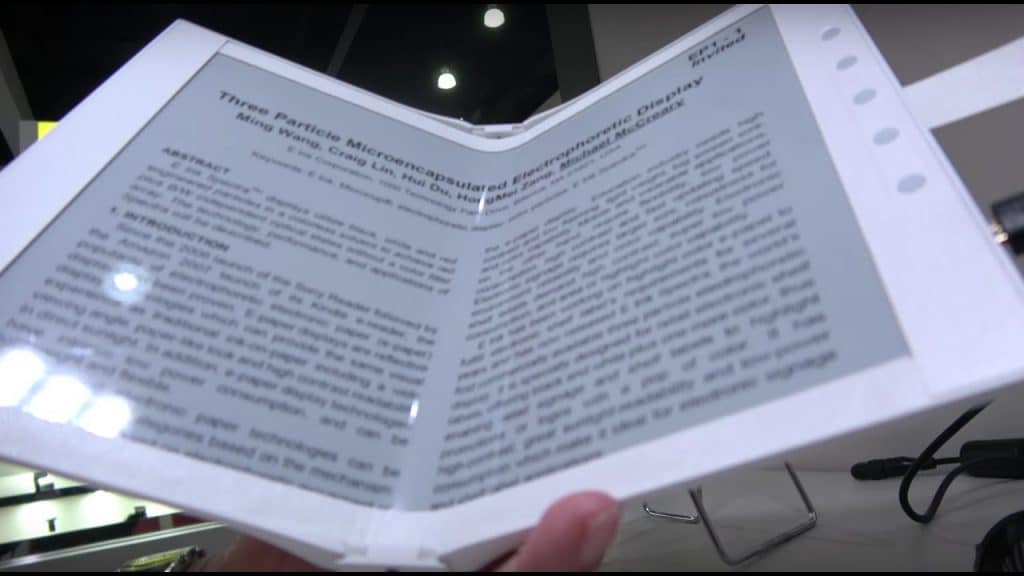 There have been no shortage of dual screen e-readers over the years. The Entourage Edge and Pocket Edge were the first models that become popular and over the years niche products emerged such as the GVIDO, which was aimed at musicians and the upcoming eOneBook which is geared towards manga.

Are we going to see a future in which dual screen e-readers gain mainstream popularity? E-Ink certainly hopes so, they unveiled a prototype last year that features a 10.2 inch screen that open and closes like a real book. Like all E-Ink projects, they are hoping someone is going to see a some sort of value and pull the trigger and place a multi million dollar order.  Obviously there is little to no money in hardware, so someone will have to bundle it with a digital bookstore.

Single screen e-readers have become the norm and getting more advanced every single year. Waterproofing and RGB lighting systems are the norm and screens have been getting bigger and better. Color E-paper is not a reality yet, but Clearink is right around the corner and promises big things for the e-reader industry.

GVIDO and eOneBook have proven that a small company with a big idea could market and release a dual screen e-reader. These two devices are narrow in scope, one reads sheet music and the other is bundled with manga.  The landscape is ripe for someone to run in there and develop a multipurpose e-reader that runs Android or Linux and allows you to load in your own content and supports all the major ebook formats such as EPUB, MOBI and PDF.

Would you buy a dual screen e-reader if one hit the market? How much would you pay? What type of operating system or features would be compelling?