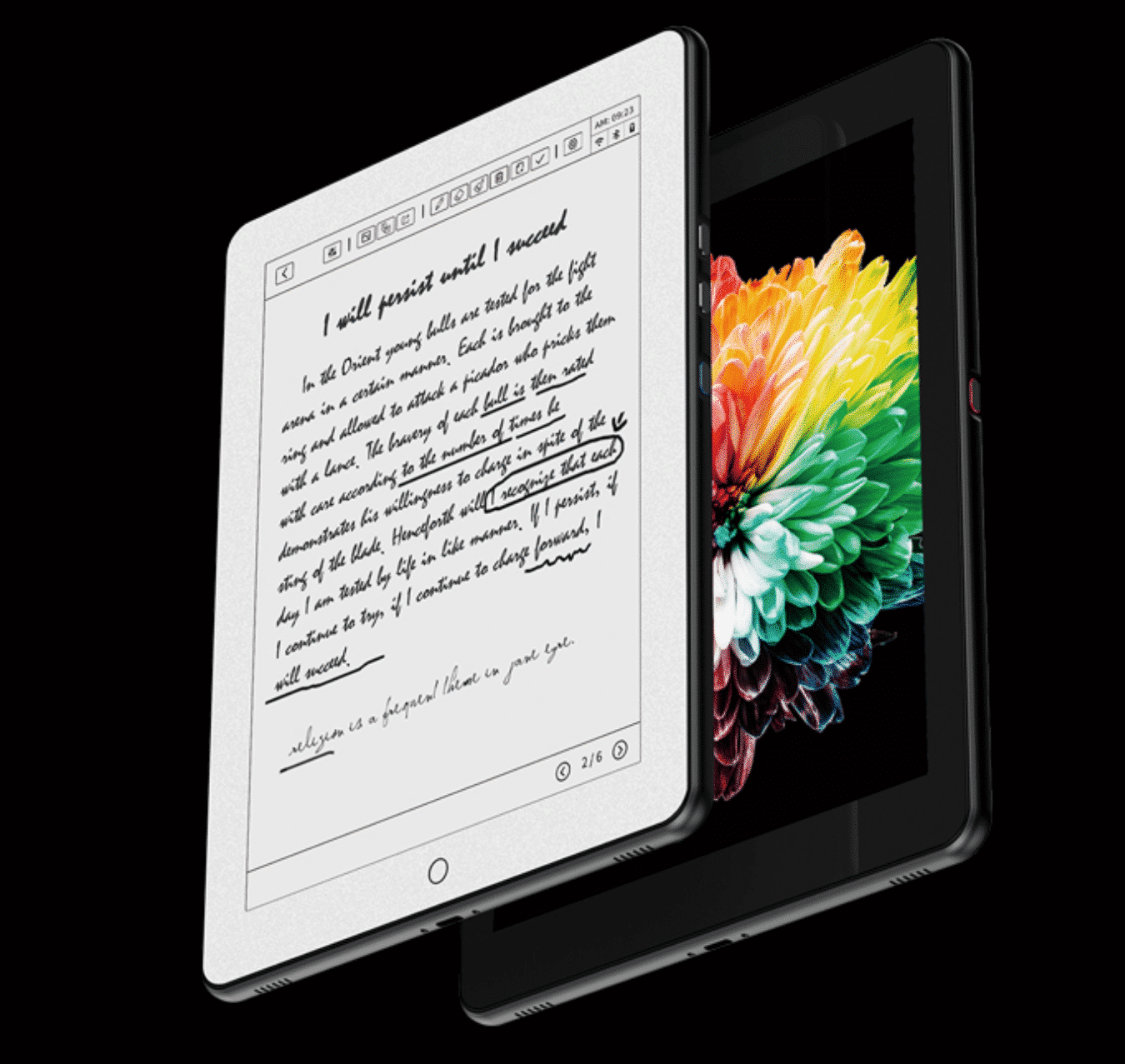 Wisky is Chinese company who had a successful crowdfunding campaign on Indiegogo and Kickstarter for their EE Write E INK writing tablet. They raised over a million dollars and actually shipped their users the product. Since the product was released in 2019, the company has been quiet and has not announced a new product, until now. Wisky has developed a dual screen e-reader, with one side having a high resolution LCD screen on one side and the back of it has an E INK panel.

The Wisky Epad-X will likely be announced sometime next year in April 2022. It is similar to to the Hisense A6L, except this is a tablet and not a smartphone. It looks to have a 10.1 to 10.3 LCD and E INK display. Would you buy this device if it was available on a crowd funding campaign?