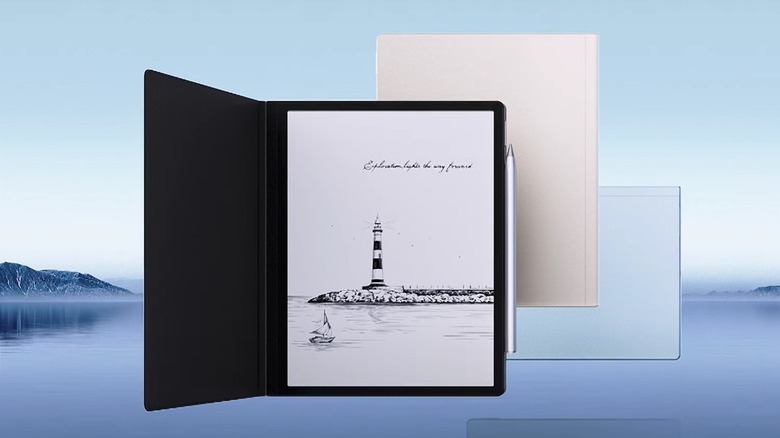 The Huawei MatePad Paper E Ink tablet has been adjudged the Best of Mobile World Congress 2022 award. The E Ink tablet shares the award with a host of other Huawei products which includes the flagship notebook MateBook X Pro, the all-in-one MateStation X, the 2-in-1 notebook MateBook E, the printer PixLab X1, and the portable speaker Sound Joy. The MatePad Paper runs HarmonyOS and happens to be the Chinese company’s first attempt at an E Ink device that can serve the dual roles of a tablet as well as an e-reader.

The MatePad Paper is quite a looker too what with the slim bezels all around save for the left bezel which is a bit thicker, giving the look and feel of an open book in the process. The 10.3-inch E Ink Carta HD display features 1872 x 1404 pixels, which translates to a resolution of 227 PPI. On the other side of it lies the 7nm Kirin 820E 5G processor that works in tandem with 4 GB of memory and 64 GB of storage.

Another cool aspect of the MatePad Paper is that it comes bundled with a case and a stylus pen, all for 499 Euros. The Pen adds to the functionality tremendously and comes with 4096 Levels of Pressure Sensitivity along with a latency of 26 ms. Power comes from a 3625 mAh battery that is backed by a 22.5 Wh charger.

However, the device runs the HarmonyOS 2 which is relatively new in the market. Fortunately, the device supports English which makes it fit for use in several western markets but has zero chances of landing up in the US owing to the sanctions imposed by it on the Chinese firm. That also is the reason the device isn’t running Android in the first place.

Meanwhile, it is 32 international media awards that Huawei won at the event which highlights the tremendous brand power that the company commands in the international tech scene. Among the media outlets who conferred the award to Huawei include Android Authority, Trusted Reviews, TechAdvisor, Android Headlines, and T3, to name a few.