Random House today announced three new digital only imprints that should help the company penetrate the ebook market to a larger degree. The first one is Alibi, which is mainly geared towards mystery and thriller. Next is Hydra, which is going to be all about science-fiction. Finally, for all your lovestruck teens, Random House Flirt will also be introduced. A fully-dedicated … END_OF_DOCUMENT_TOKEN_TO_BE_REPLACED 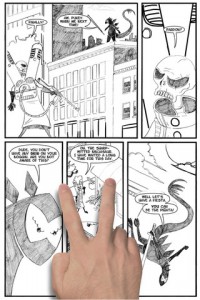 Jason Horn's Ninjasaur is a standalone iOS app that includes a short comic about a ninja dinosaur and a little video game where you control the main character as he throws shuriken at his enemies. Both the comic and the game are very basic. There aren't a lot of navigation tools—no table of contents, no way to interrupt the game. The comic has a clever time-travel twist, but … END_OF_DOCUMENT_TOKEN_TO_BE_REPLACED 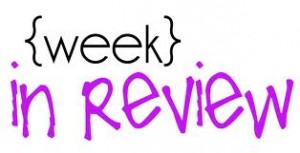 I produce a daily Twitter stream of ebook/epublishing news @paulkbiba.  From that stream I've chosen what I think are the most important news posts of the week.  Here they are in a weekly roundup: Txtr Launches eBook Store in Denmark http://bit.ly/TxZTc6 “An American Editor” Comes to Good e-Reader http://bit.ly/TxZuXb  Tablet Use, ebook Sales Grow Beyond Amazon, Nook … END_OF_DOCUMENT_TOKEN_TO_BE_REPLACED 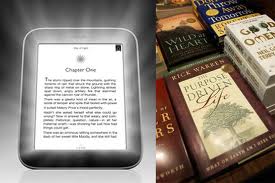 Rich Adin is the owner of Freelance Editorial Services and blogs at An American Editor.  When I was at TeleRead, reprints of his blog posts were some of the most popular and commented upon posts we did.  Rich is always thoughtful and frequently controversial.  He has given me permission to reprint, in full, those posts that I think will be of interest to our readers.  Here is … END_OF_DOCUMENT_TOKEN_TO_BE_REPLACED 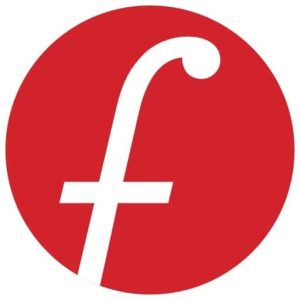 Libraries, booksellers, and publishers have long relied on advanced book reviews in professional publications to help make decisions about what to stock on their shelves or how to launch a book’s publicity campaign. While these reviews were somewhat longer and not aimed at the general reading audience, Victoria Sutherland, publisher of the widely respected review magazine … END_OF_DOCUMENT_TOKEN_TO_BE_REPLACED 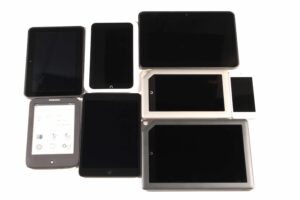 The season of giving is almost upon us and it is time for another Good e-Reader Contest! This month we are giving away a new Amazon Kindle Paperwhite! This is the most in-demand e-reader of the holiday season and we have one to give away. You might notice a ton of tablets and other devices in the picture above. Positively ID every device in this picture and you can WIN! You can … END_OF_DOCUMENT_TOKEN_TO_BE_REPLACED 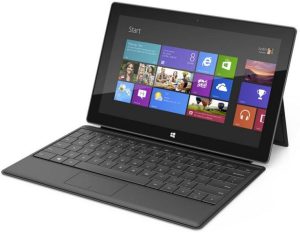 Microsoft Surface Pro pricing revealedThis can be considered the biggest news of the day, though it evoked the least enthusiasm. The 64 GB version of Surface Pro with an Intel inside and running the full blown Windows 8 version is $899. The top of the line model carries 128 GB of internal memory and comes for $100 more at $999. The Surface touch and type keypad cover will … END_OF_DOCUMENT_TOKEN_TO_BE_REPLACED 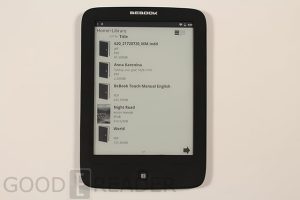 The Bebook Touch is the latest e-reader the company has produced since the ill-fated Club S. This device has a ton of momentum in its favor with the inclusion of wireless internet access and the ability to deal with any online digital bookstore you want. It also holds the distinction of being the only e-reader available that can install Android APK files right out of the … END_OF_DOCUMENT_TOKEN_TO_BE_REPLACED

Berlin Germany based Txtr operates 14 ebook stores worldwide and the company reported today that it has launched its new Danish store. It currently offers access to more than 2,000 localized ebooks by leading publishers Gyldendal and Lindhardt og Ringhof. It also stocks close to 500,000 English language titles from leading British and American publishers. One of the great … END_OF_DOCUMENT_TOKEN_TO_BE_REPLACED 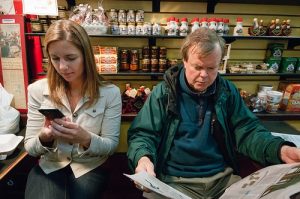 From the polarization of digital reading only a handful years ago in which readers often split vehemently into two camps—those eager to embrace digital reading and those who swore paper was the only way to read—now the industry is seeing an even more interesting new adoption for digital reading: smartphone reading. With the greater acceptance and growing numbers of people who … END_OF_DOCUMENT_TOKEN_TO_BE_REPLACED 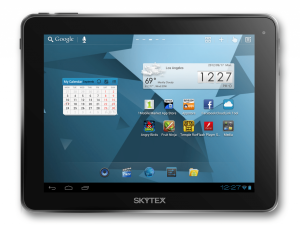 Skytex is among the latest to offer a 7 inch tablet running Android Jelly Bean. Dubbed Imagine 7, the tablet promises to be the perfect blend of performance and user convenience in a neat 7 inch package, which is accentuated further by an affordable price tag of $199.Coming to its technical specifications, a total of 1280 x 800 pixels light up the 7 inch HD Display that … END_OF_DOCUMENT_TOKEN_TO_BE_REPLACED