With a keen interest in tech, I make it a point to keep myself updated on the latest developments in the world of technology and gadgets. That includes smartphones or tablet devices but stretches to even AI and self-driven automobiles as well, the latter being my latest fad. Besides writing, I like watching videos, reading, listening to music, or experimenting with different recipes. Motion picture is another aspect that interests me a lot and maybe I'll make a film sometime in the future.

Apple is rumored to be planning a spring event this year, one that will likely see quite a few exciting products launched as well. Those might include a new iPad Pro and an iPad Mini, among other devices.Also, from what is known so far, it is the 12.9-inch iPad Pro that will be launched during the event, one that will feature the new mini-LED display technology. That also … END_OF_DOCUMENT_TOKEN_TO_BE_REPLACED 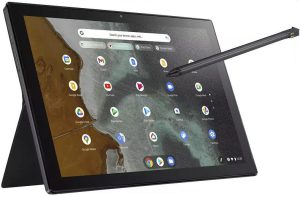 Not many might be aware, but there does exist a segment comprising of Chromebook tablets. However, one likely reason the segment isn't too popular is that it has just the Lenovo Chromebook Duet as sort of its flag-bearer. However, what seems likely is that the Lenovo Duet will soon have company in the form of the Asus Chromebook Flip CM3000.Strangely, Asus isn't going to … END_OF_DOCUMENT_TOKEN_TO_BE_REPLACED 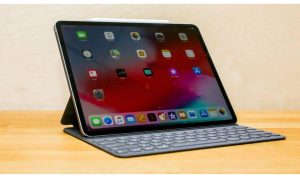 Apple has long been rumored to integrate mini-LED display technology for its tablet and smartphone offerings from 2021 onwards, and the 12.9-inch iPad Pro due out later in the year is likely to be the first device to come equipped with the advanced display. The first such iPad Pro is expected to arrive around Q1, 2021.However, while much of Apple's plans on this are still … END_OF_DOCUMENT_TOKEN_TO_BE_REPLACED 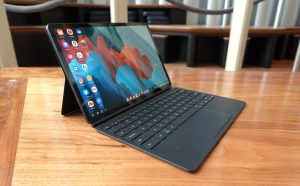 The Samsung Galaxy Tab S7 and the Galaxy Tab S7+ are clearly among the finest Android tablet out there. That should be reason enough for the company to plan sequels to both. With the S7 and S7+ duo having been launched in August 2020, maybe we will have their successors around the same time.Meanwhile, we also have a Youtuber by the name of The Galox who revealed some … END_OF_DOCUMENT_TOKEN_TO_BE_REPLACED 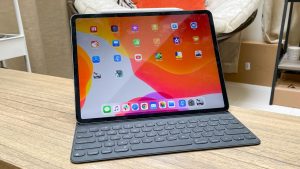 The Apple iPad has come out on top of the tablet heap, generating shipments of 19.2 million units in Q4, 2020. That makes for a massive 40 percent improvement in its shipment figures, which stood at 13.7 million units during Q4, 2019.According to Canalys that came out with the above figures, Apple's fourth-quarter iPad sales figures are the best it has ever had since the … END_OF_DOCUMENT_TOKEN_TO_BE_REPLACED 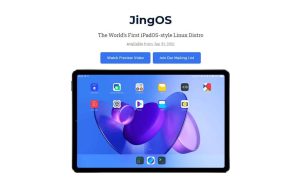 There is something very special that is going to occur on January 31st, 2021. The world will witness the launch of a brand-new operating system meant for use on a tablet device. JingOS, as the platform is named, is based on Linux and will spawn into other variants as well. For instance, there is going to be one that would be ideal for smartphone-like devices.Again, if all … END_OF_DOCUMENT_TOKEN_TO_BE_REPLACED 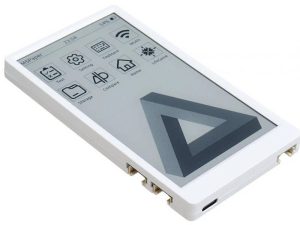 How about a decently sized device that can be an eBook reader, a smart remote control, smart news ticker, among other things? It is the new M5Paper that is being referred to here, which comes across as a pocket-sized device with a 4.7-inch E Ink display.However, the best thing with the M5Paper is that you have the option to program the device to make it function the way … END_OF_DOCUMENT_TOKEN_TO_BE_REPLACED 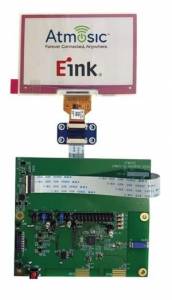 E Ink Holdings, the company that popularized the concept of electronic ink tech announced a reference design for eBadge application in collaboration with Atmosic. To get you started with the latter, Atmosic is counted among the pioneers in the extreme-low-power Bluetooth Low Energy semiconductor tech.The partnership envisages Atmosic offering eBadge reference design that … END_OF_DOCUMENT_TOKEN_TO_BE_REPLACED 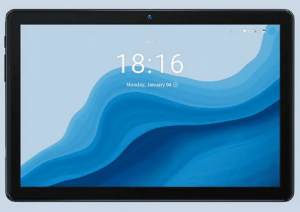 Here is another tablet from China that begs attention, given its interesting spec sheet while also having an extremely affordable price tag. The tablet in question is the Bmax MaxPad i10, which offers a 10.1-inch display and an octa-core Unisoc T610 SoC on the other side of it.The Unisoc Tiger T610 again happens to be a version of the T618 chipset but sans the latter's … END_OF_DOCUMENT_TOKEN_TO_BE_REPLACED

Samsung has started rolling out the new One UI 3.0 software update that can make the Samsung Galaxy Tab S7 and the Galaxy Tab S7+ act as a Windows device even though the two tablet devices run Android. That is brought about by the new Samsung Second Screen feature that lets the tablet devices act as a secondary display to your Windows 10 PC.The Second Screen feature offers … END_OF_DOCUMENT_TOKEN_TO_BE_REPLACED