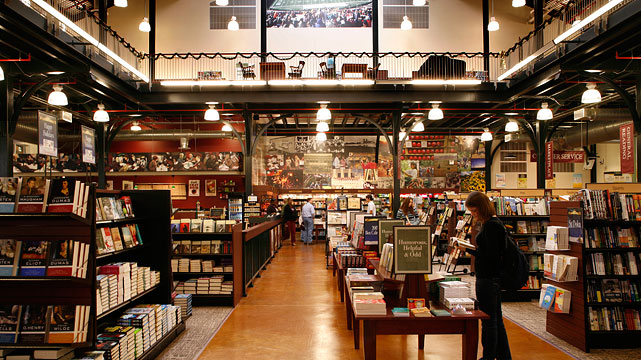 Barnes and Noble has released their latest financial results and they have stated that total sales for the second quarter were $791.1 million, declining 7.9% as compared to the prior year. NOOK reduced expenses by $5.1 million on continued cost rationalization efforts. The bookseller is hoping to further decrease Nook expenses by $40 million over the course of 2018. NOOK turned its second consecutive profitable quarter despite lower sales on continued cost rationalization. NOOK EBITDA is now expected to breakeven for the full fiscal year.

Barnes and Noble has reduced Nook expenses in a few different ways The Nook Glowlight 3 was designed and manufactured by Netronix and the Nook Tablet 7 was outsourced to a company in China. Software development is not being done internally and is contracted out to Bahwan CyberTek.

Over the course of the next few months there are plenty of new titles that will boost the booksellers profitability. This includes Tom Hanks’ Uncommon Type, John Grisham’s The Rooster Bar, Dan Brown’s Origin, Walter Isaacson’s Leonardo da Vinci and surprise drop in title, Darker by E.L. James. To complement this lineup, they will also feature exclusive editions of best-selling titles this holiday season, including The Art of Harry Potter, which includes rare and unpublished works of art and is only available at Barnes & Noble, Shea Serrano’s Basketball and other things, David Baldacci’s End Game and James Patterson’s People vs. Alex Cross among other titles. The bookseller is also hoping that their popular signed editions program will continue to do well.