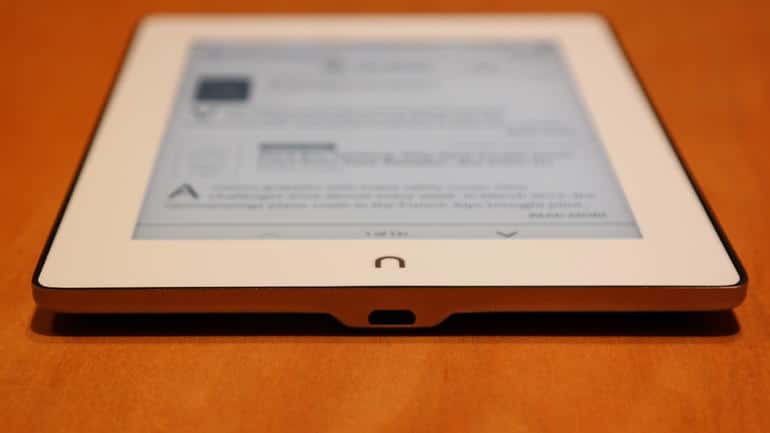 Barnes and Noble conducted a massive investors conference where they broke down all of the financials from last week.  The bookseller reported that NOOK sales, which include digital content, devices and accessories, were $42.0 million for the quarter and $191.5 million for the full year, decreasing 20.0% and 27.4%, respectively, due primarily to lower device and content sales.  Barnes and Noble really wants their investors to know that lowering Nook expenses is their number one priority.

Barnes and Noble CEO Ron Boire believes that people are returning to print and bookseller has scaled back their digital investments. “72% of adults having read a book within the past year, and according to Pugh Research and even more encouraging, young adults between the ages of 18 and 29, who’ve grown up spending their leisure time in a social and streaming world, are even more likely to read than their elders, with 80% having read a book within the last 12 months. We think these trends bode extremely well for us. I believe there is also an emerging trend of returning to physical ownership and physical experience which I call digital blowback, in which people want to own and touch a physical object, whether it be a beautiful, artistic book cover or a great album jacket and a piece of vinyl.”

Fred Argir the Chief Digital Officer at Barnes and Noble outlined the future of the Nook. “Our number-one strategic priority to reduce NOOK expenses, so I’ll share with you some of the efforts the team has done this year.

“First and foremost, cost reduction. We’ve exited the gaming app business; we’ve exited the video business; and we’ve exited the UK businesses. Secondly, we’ve entered into an agreement with BCT or Bahwan CyberTek,  -to outsource certain functions of the back-end of our business so we can reduce expenses. And we’ve begun to shutdown the Santa Clara offices as well as the Taipei offices. Now, beyond the cost reduction we’re also focused on growth of the business. In the growth of the business we’re reinventing the NOOK Press function, but we’re thrilled and excited to report that we’re also adding the print-on-demand functionality into the NOOK Press product. We’re also looking at ways to increase our opportunities to engage with our customers through the sale of audiobooks.

On the device side, we will be releasing a new Samsung device this year. And we’re also exploring additional partnerships to continually hone the opportunities to connect with our customers with optimized device experiences. A little bit more into the cost reduction. With the exit of the apps business, the video business and the UK businesses, total savings is $4 million. We closed the digital stores on March 15 of this year. The video business has been transferred to CinemaNow as well as Disney and the UK business was transferred to Sainsbury’s.

With the Bahwan CyberTek agreement, that’s provided us the opportunity to outsource that back-end piece of our system, significantly reducing our SG&A component, but also gives us a partner which we continue to develop new software to continue to enhance the customer experience for our NOOK ecosystems. In closing California and the Taipei offices, we’ve been pleased with some of our folks from the NOOK side of the business being re-banded over to the BCT team. The annual cash savings of closing those offices is $13 million. Now with respect to growth, I talked a little bit about NOOK Press. NOOK Press is a self-author tool. We’ve re-platformed that NOOK Press ecosystem. It’s the author tool kit that’s been re-created and the re-architecture of the entire experience.

One analyst asked Barnes and Noble point blank if they could just exit the Nook business entirely or if there was something holding them back, like a contract. Allen Lindstrom the CFO of B&N said “Well, in terms of the NOOK losses, you can see we’ve taken out of quite a bit of SG&A over the last few years to rationalize that business. We do feel it’s an important part of our strategy to offer any book, anytime, anywhere and in any format. What folks have to realize is we do have a substantial piece of NOOK customers that also shop in our stores. So you don’t want to do anything that compromises the experience of someone on NOOK that would potentially have an impact on your Retail bookstores as well.

It really looks like Barnes and Noble is going to focus on audiobooks, Nook Press Print on Demand and launch a new Samsung Galaxy Tab 4 Nook tablet. The reason why they are just launching a single Nook tablet is due to the new contract B&N has with Samsung. The new agreement calls for Barnes and Noble to sell ten million dollars worth of Samsung hardware or pay the difference out of their own pockets.  This is why they are only releasing one new device, so they can actually make it profitable.  It also looks like they are going to unveil an Amazon-esque trade-in program so customers can ditch their older devices and get more money to upgrade to something new.