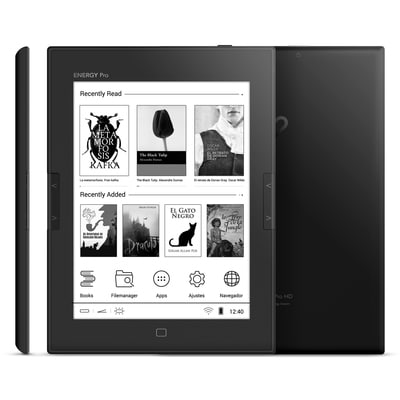 Energy Sistem is one of the top e-reader brands in Spain, but their e-readers appeal to a global audience. They do not operate their own walled garden and the device runs Android, which means you can download your favorite e-book app. The Pro HD is considered the company’s flagship model, but how does it compare against other popular e-readers on the market and is it any good? 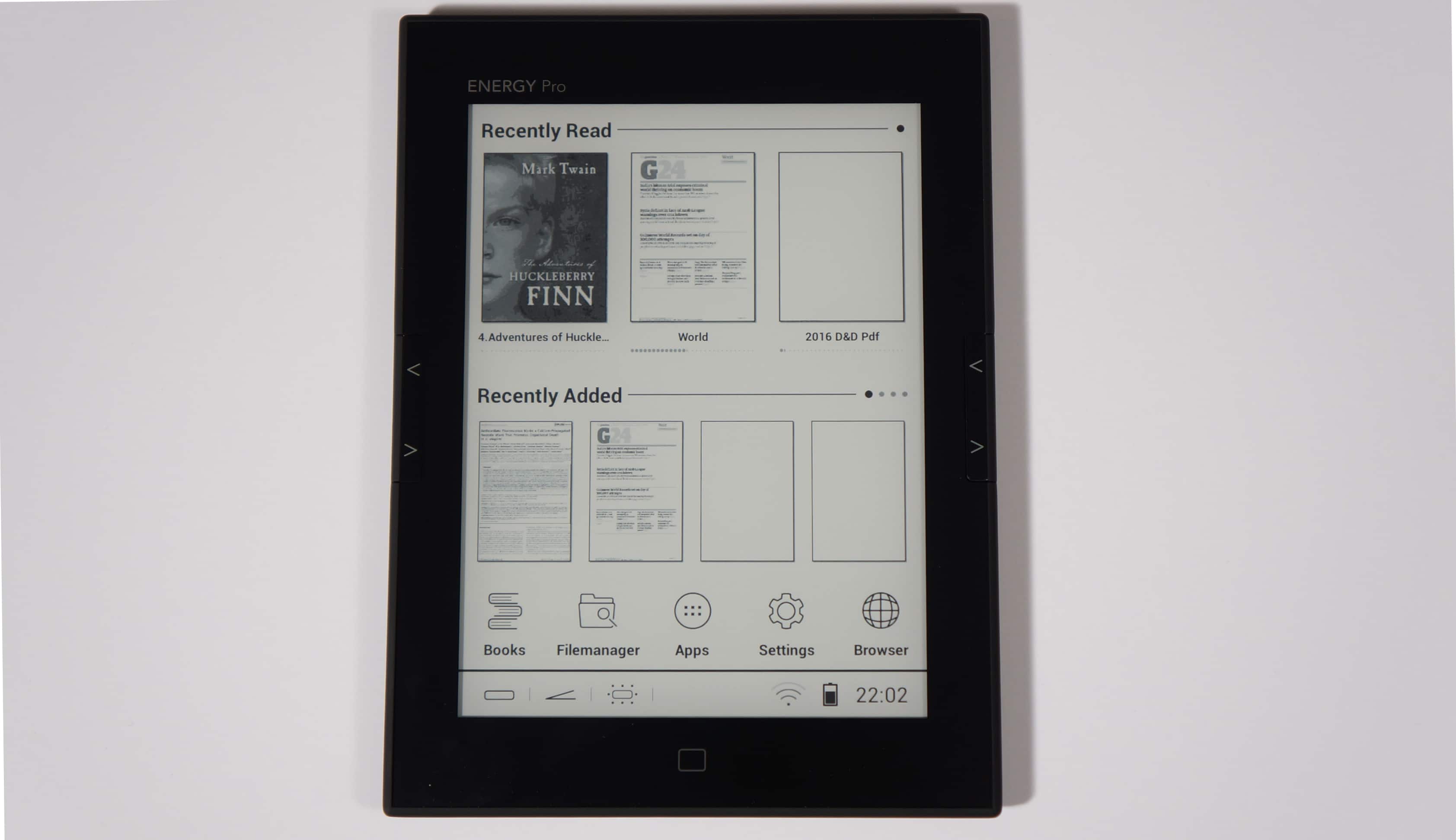 The Energy Sistem PRO HD features a six inch E-Ink Carta display with a resolution of 1024X768 with 212 PPI. The screen is flush with the bezel and it makes interacting with the touchscreen easier than cheaper e-readers that a sunken bezel and use IR touch.

I have noticed that there is a split demographic of users that swear by manual page turn buttons, while the other half are used to touchscreen devices where they swipe and gesture. I am pleased to report that the PRO HD has page turn buttons on the left and right hand side, which is appealing to righties and lefties.

You can read in the dark via the front-lit display and there are six LED lights that project light upwards. There are various brightness levels that can found by swiping downwards on the main home screen.

The PRO HD is running Android 4.2 and has Google Play installed. This will allow you to download thousands of apps that are compatible with an e-ink screen, but don’t expect to use any e-reading apps that have animated page turns, because the entire experience is disjointing. You will basically have to download apps that have the animation option able to be turned off or basically engage in trial and error. Just because your favorite e-reading, newspaper or magazine app works fine on your smartphone, it is quite different on an e-reader because of the low refresh rate. 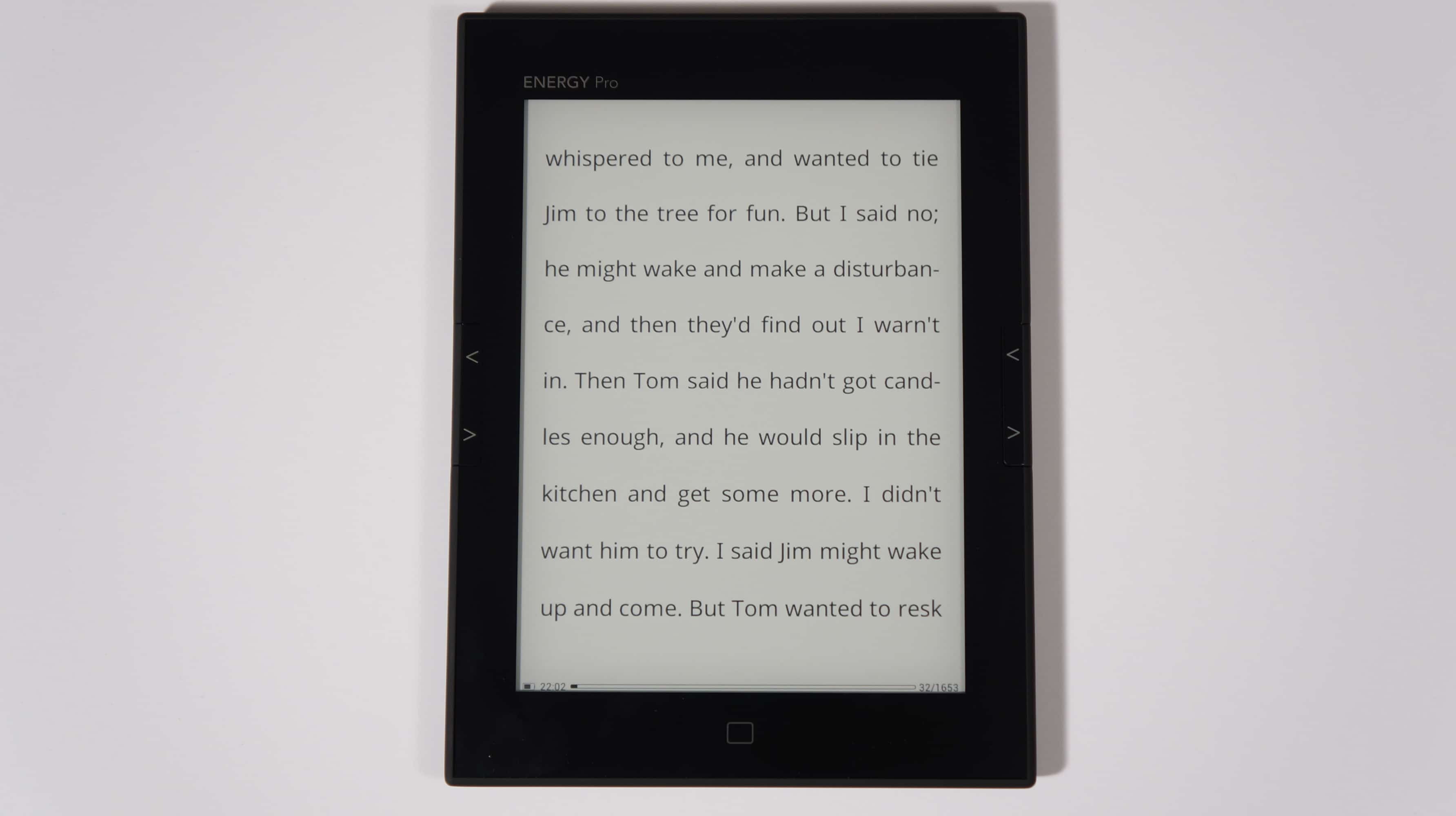 The Energy Sistem PRO HD is a very good e-reader if you live in Spain, but other major markets have some great alternatives. The Kobo Aura One, if you can find one, is eight inches and provides a more optimal e-reading experience. The Kindle Voyage and Kindle Oasis have tremendous resolution and tap into a well established ecosystem. I also find that reading on a Kindle is more robust on an e-ink screen than using the Kindle app for Android.

Energy Sistem has some strong competition in the European e-reader market. The Tagus Iris was announced last week and is currently available to purchase at Casadellibro, which is the largest digital bookstores in Spain. Bookeen just released the Cybook Muse HD and Cybook Muse Light in France. Tolino just unveiled a brand new e-reader in Germany called the Vision 4 HD and it looks like a real winner.