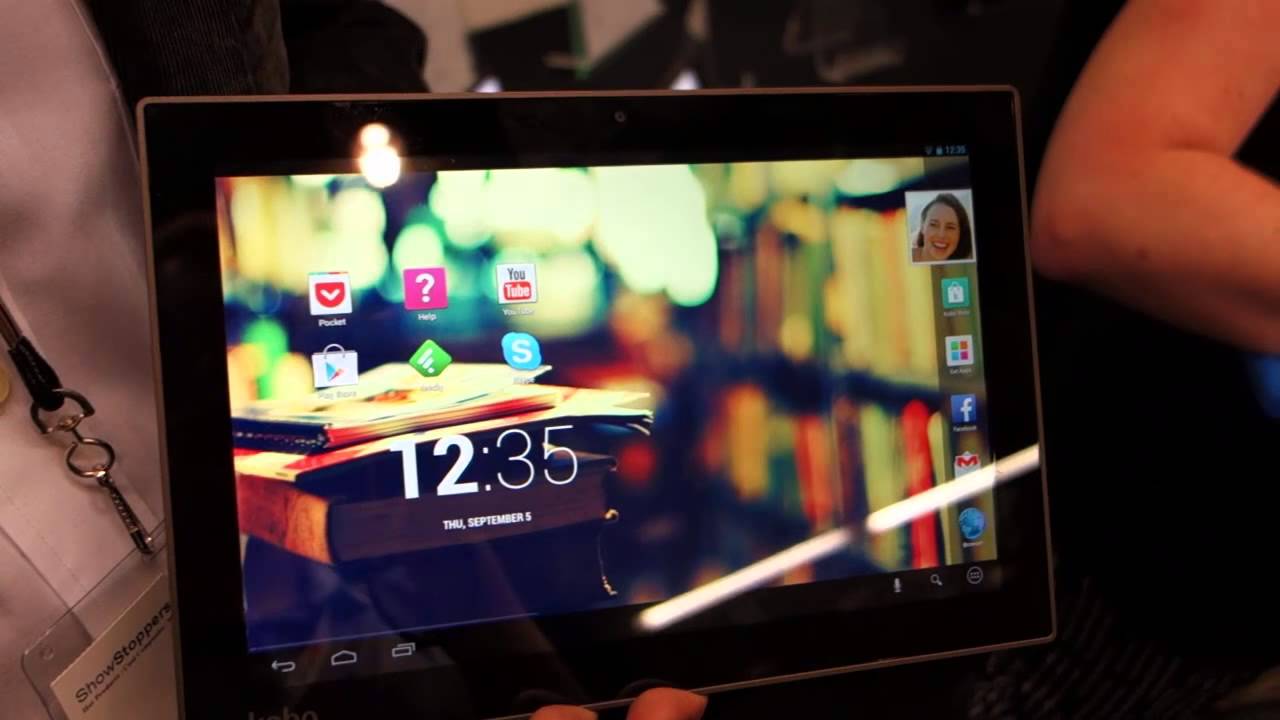 Kobo released a series of tablets a number of years ago and their first product was the Kobo Vox that was released in 2011 and second generation model was issued in 2012, the Kobo Arc. In 2013 they came out with the Arc HD and Arc 10, they discontinued them all a few years later and never developed another tablet. Do you think it is time for Kobo to develop more e-reading tablets?

Kobo has moderate success in the early years of the global tablet market because there were no clear industry leaders. From 2011 to 2013 it was basically the wild west with everyone and their mother was releasing a new device and it quickly saturated the market. Apple, Amazon and Samsung have all proven to be the biggest players in the industry. Almost everyone else exited the sector.

Kobo confirmed with Good e-Reader in 2014  they will continue to focus exclusively on e-readers.  This is primarily because more people buy -books on e-readers than smartphones and tablets. Tamblyn recently stated that “Hardware is now a profitable business for us. Unlike some of the manufacturers who could never get the manufacturing or economics right, hardware made a profit for us in 2015.”

Michael elaborated “The kind of customer we get through a device is worth about 30% more than through a smartphone. Book libraries are bigger. These customers are more loyal. They tend to read faster. That’s because they are already a person who is predisposed towards doing more reading. We have a great business on iOS and Android, but we can see from the data that the experience is more fragmented. Reading times are shorter and it’s broken up by text messages or social media. It is a much less immersive experience than on an e-reader.”

Things have changed since 2014  when Kobo basically abandoned making tablets. Hardware has dramatically improved and Google Android 10 and upcoming Android 11 over tons of benefits. Screens have higher resolution and better battery life.

I think when it comes right down to it, an Android tablet would be a gateway to Kobo being able to sell more digital content.  Not many people are aware, but Kobo also runs an audiobook store, but none of their e-readers have audio functionality. They do not have Bluetooth or have an audiobook player, unlike the Kindle. The only way you can buy and listen to audiobook is with the Kobo Android app. Kobo does not sell ebooks or audiobooks in their iOS app, you can’t even take out a Kobo Plus unlimited subscription on iOS.

Kobo is on a multiyear cycle for E INK based e-readers. Their latest generation device, the Kobo Nia is likely the only new product to be released this year. It won’t be until next year or 2022 that a refresh of the Forma, Libra and Clara HD would come out. Android tablets would fill in the gaps between e-reader releases, always making sure there is something new. It would give tech reviewers to have more more Kobo branded products hitting their desks, which would drive sales and get the Kobo name out.

I think now is the time for Kobo to release new tablets. They are the global number two player behind Amazon, who markets their entry level Fire 7 and Fire 8 all over the world. Sure Kobo competes selling ebooks and e-readers, but they are basically giving away the tablet market to Amazon. A series of Kobo branded tablets would sell more audiobooks, more ebooks and give users a distinctively Kobo experience.