You are here: Home / Tablet PC News / This is why Amazon continues to develop tablets

Amazon has been in the tablet business since 2011 when they started to release products that tried to compete against Acer, Apple, Asus, HP, Samsung and dozens of other companies taking advantage of the tablet boom period. Over the years Amazon went from offering mid-level and high-end tablets and started to develop really affordable ones. The average Amazon tablet went from $199 to $379 and you can now get one for $49. Why did Amazon pivot from expensive tablets to cheap ones and how are they selling?

When Amazon first got into the tablet market it was suddenly populated by two different types of companies. One was on onslaught of whitelabel tablets using TFT and low resolution LCD screens from China and getting them into stores in Europe and North America. The other type was big brand names like Apple and Samsung who marketed them at exorbitant prices.

In order for Amazon to be competitive, everything they released had to be the proverbial iPad killer. Their larger devices had Dolby Audio and four speakers for amazing sound and killer specs. The battery life had to surpass Apple products and give customers a reason to buy an Amazon product and not an Apple.

Companies like Google, HTC, Acer, Asus and Dell gradually departed the tablet scene from 2013-2017 and the industry gravitated to smartphones, smartwatches, watches and the whole internet of things catch all category. This is because tablet sales were shrinking and there were fewer companies in the space and trying to carve out their little niche.

In 2014 Amazon decided to experiment with a lower cost tablet and they ditched the Kindle Fire moniker and changed the naming convention to Fire. The Fire HD 6 that had a six-inch screen with a quad-core processor priced at US$99. September 2015, Amazon announced the release of the Fire 7, priced at US$49.99 and in 2016 released the Fire HD 8 with Alexa for $89. This strategy has paid off. 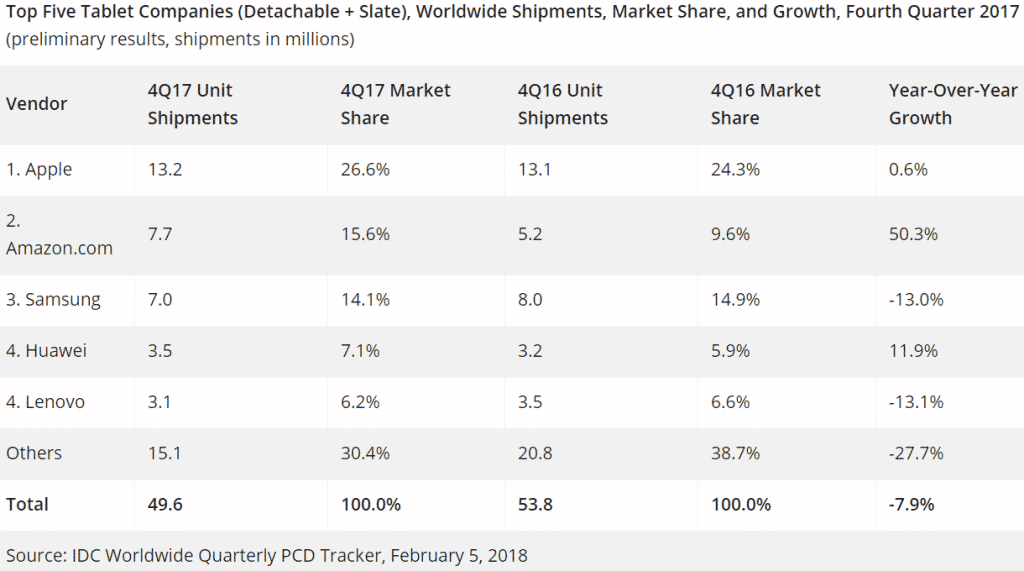 Over the 2017 holiday season Amazon shipped 7.7 million tablets and the only company to beat them in sales was Apple and they shipped out 13 million of them. The holiday quarter is typically Amazons strongest, but this year was a standout as the company managed to steal second from Samsung. IDC explains this was possible thanks to steep discounts as well as the fact Alexa is available on Amazon’s latest tablets. 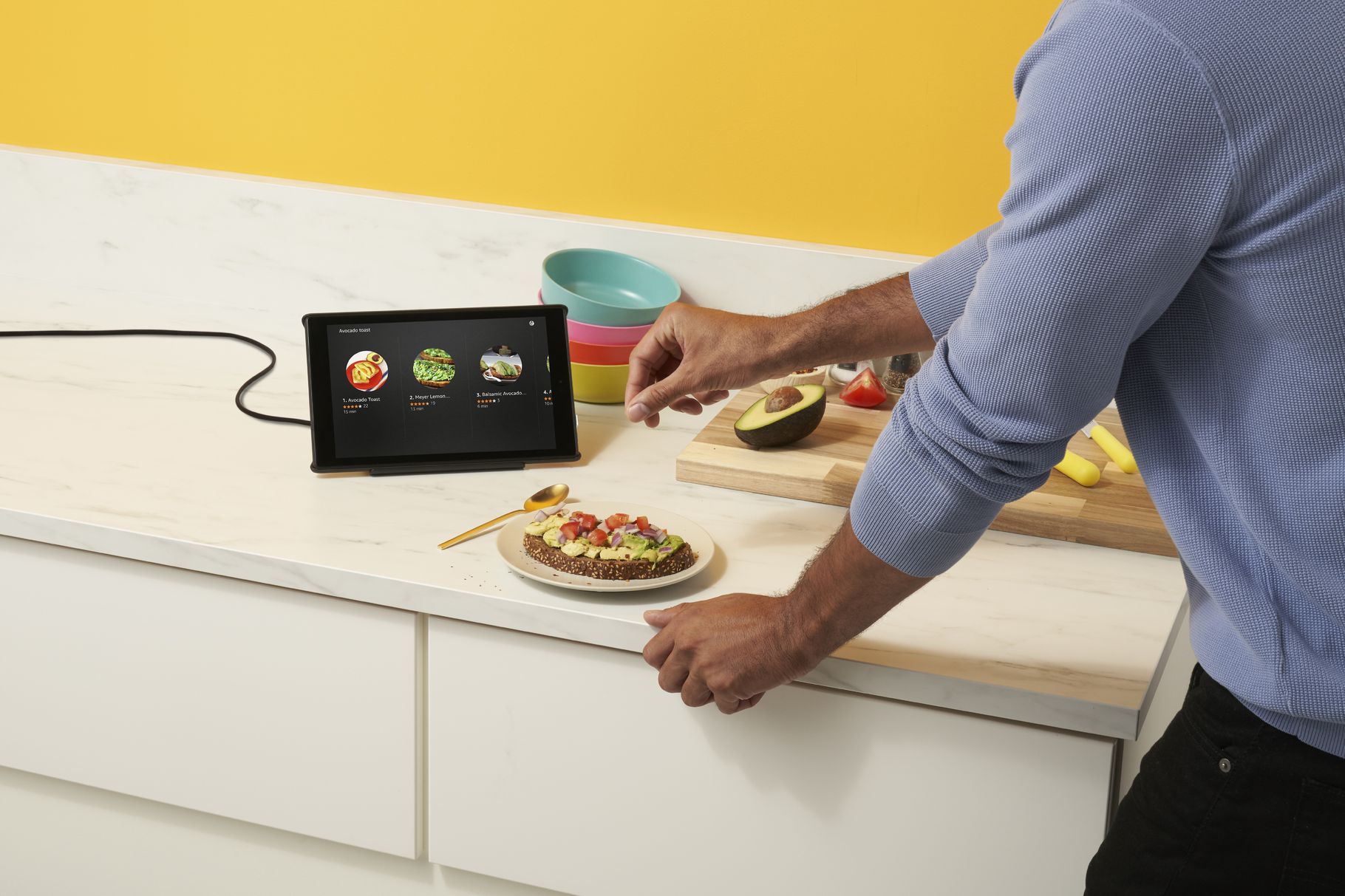 Last week Amazon announced a new feature called Show Mode. The new Show Mode Charging Dock for the Fire HD 8 and Fire HD 10 provides an easy way to charge the tablets, while propping them up at the same time. Thanks to the new Show Mode feature, which will be rolling out in a software update starting on July 2nd, the dock also turns the tablets into an Echo Show, with an always-on time, weather, and news ticker display and hands-free control via the Alexa voice assistant.

Enabling these kinds of features on the tablets makes sense, as both of them already have hands-free access to Alexa and many of the same Amazon software services as the Echo Show. You can view song lyrics, read recipes, watch news bulletins, set timers, or pull up Amazon Prime Video content on the tablets in a hands-free interface that mirrors what you get on the Echo Show. Putting the tablet on the dock will automatically launch Show Mode, taking it off reverts it back to the standard Fire tablet interface.

Amazon bills their tablets has multimedia friendly and totally envelops users into their ecosystem. Download apps from the Amazon App Store, buy Kindle ebooks or Audible audiobooks. Shop online and use Prime for access to free content such as Prime Music and Prime Video.

One of the big advantages Amazon has is their Fire kids bundle. They are built like tanks and have a two year unlimited warranty. The rubber frame makes it immune to drops and things being spilled on them. If you have replace one after the two years you won’t spend more than $100, whereas the entry level iPad is still fairly costing at $329.

I think Amazon is making tablets because they realized that they are just gateways, they don’t make much profit through the hardware, but each device turns them into an Amazon minion.