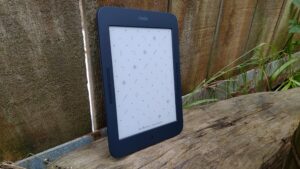 The Barnes and Noble Nook Glowlight Plus 2019 edition has been suffering from stock shortages since it came out in early June. Each store was allocated just a handful of units and it sold out online within 24 hours of release. It looks like the stock situation has stabilized, retail bookstores have all received more e-readers and they also can be ordered online again.Barnes … END_OF_DOCUMENT_TOKEN_TO_BE_REPLACED 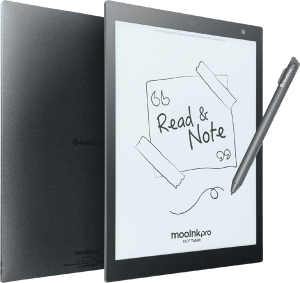 Mooink is a Taiwanese brand that has released a few e-readers over the year such as the MooInk and MooInk Plus. The company is gearing up for their first digital note taking device, the MooInk Pro. It will begin shipping on July 16th.The MooInk Pro features a 10.3 inch E Ink Carta HD capacitive touchscreen display with a resolution of 1872x1404 and has 227 DPI. It does not … END_OF_DOCUMENT_TOKEN_TO_BE_REPLACED 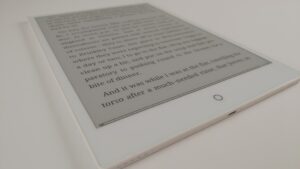 Digital note taking devices are have been in the big new trend for the past few years, but none of them are available on a retail level for people to try before they buy. This has resulted in customer confusion, there are so many now available, what ones are the best? Today, Good e-reader answers this question with the top 5 digital note taking devices for 2019.The … END_OF_DOCUMENT_TOKEN_TO_BE_REPLACED 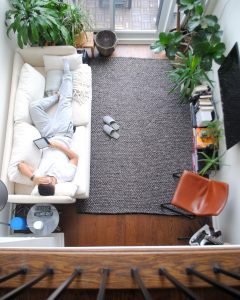 Book sales in the United Kingdom decreased by 5.4% last year, which has put a stop to the growth that has been occurring since 2014. In 2017 book sales were £3.11 billion and in 2018 total sales were £2.95 billion. These figures are from the UK Publishers Association, which published its annual yearbook.One of the reasons why print books are falling is due to the interest … END_OF_DOCUMENT_TOKEN_TO_BE_REPLACED 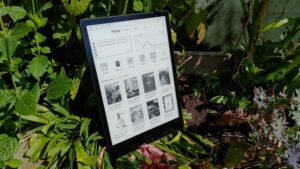 The Boyue Likebook Alita can be considered a second generation Likebook Mimas, which is the most successful e-reader that Boyue has ever released. The main selling points is that it has a flush screen and bezel design, which should make it easier to make notes and edit PDF files. It also has double the RAM, which should make multitasking and running Android apps, much more … END_OF_DOCUMENT_TOKEN_TO_BE_REPLACED 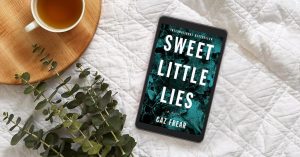 One of the great pitfalls of buying ebooks is that there is no true sense of ownership. This is quite evident when Microsoft decided to close their digital bookstore last month and customers will be losing all access to everything they purchased and free books sometime in July.  Sure lots of ebook stores have closed over the years such as the Sony Reader Store and Nook UK, but … END_OF_DOCUMENT_TOKEN_TO_BE_REPLACED 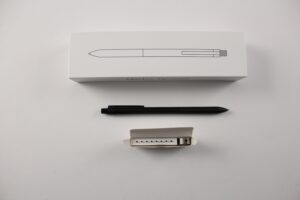 Remarkable has launched a new premium stylus for their writing slate and it is called the  Marker Signature. It is a high quality stylus that is made of aluminum and anodized for a matte black finish.  There is a clicker on the top of it, which doesn’t do anything other than an provide an avenue to collect your thoughts while drawing or editing PDF files.  The top of the pen … END_OF_DOCUMENT_TOKEN_TO_BE_REPLACED 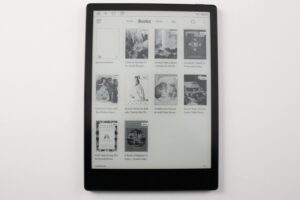 The Boyue Likebook Alita is going to be delayed and it can be up to a few months. The Boyue engineering team are going to take the time to develop an entirely new UI and refine the digital note taking experience. They are also going to introduce new  PDF editing and annotating features to make it more competitive against the Sony Digital Paper and Remarkable.The main … END_OF_DOCUMENT_TOKEN_TO_BE_REPLACED 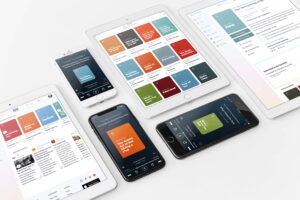 Today, Scribd announced Snapshots, a new original content offering that provide readers key insights of nonfiction books in about fifteen minutes to spark their interest in reading the book in its entirety.  You can think of this system as the literary equivalent of a movie trailer – so readers can feel confident about the next full-length book they commit to.With … END_OF_DOCUMENT_TOKEN_TO_BE_REPLACED 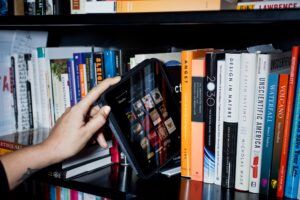 Canadian libraries have been complaining for years about the draconian prices publishers charge for ebooks. They often have to pay 500% above the retail cost just for a single use book to loan out to one customer at a time. Many publishers have also revised their business models too, instead of an ebook being valid on a perpetual basis, they now expire after two years. Canadian … END_OF_DOCUMENT_TOKEN_TO_BE_REPLACED

Amazon Prime Day has been an ongoing program that sees thousands of items heavily discounted over the course of a single day. This year, Amazon is going to extend the holiday for 48 hours, giving people ample opportunity to capitalize on the deals and is most assured that the extra day will shatter all sorts of records for the number things sold and the profits the company has … END_OF_DOCUMENT_TOKEN_TO_BE_REPLACED