You are here: Home / Digital Library News / The invisible library: the positive side of increased mobile use 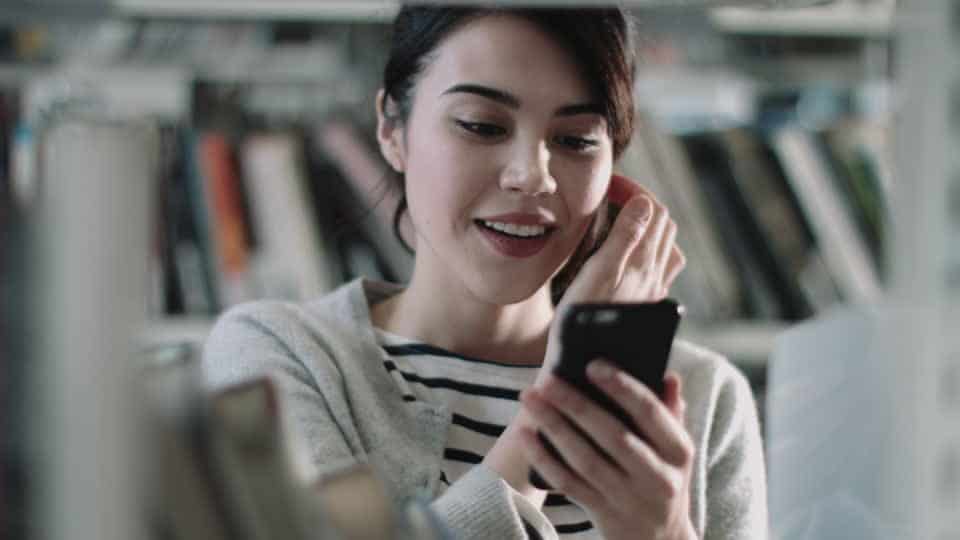 Every year individuals spend more of their day looking at screens, both in the US and around the world. That time includes “traditional” forms of screen time, like watching television, but increasingly it means being online and connected to the digital world. The ubiquity and convenience of handheld mobile devices like e-readers, tablets, and smartphones, means that they are both the main means we choose to use to access the internet and the primary drivers of that increased usage

Whether we’re reading e-books, shopping at e-commerce sites or playing free online casino games, we’re now more likely to be doing so on a mobile device than on a desktop computer. According to Mary Meeker’s influential Internet Trends report for 2019, last year the number of hours that Americans spent on mobile devices outstripped those they spent watching television for the first time. On average, we spent 226 minutes (nearly four hours) on mobile devices compared to 216 minutes watching TV. Yet in 2009 we spent 266 minutes a day watching TV, but just 20 minutes on mobile.

Once, campaigners would have celebrated the fact that we were spending less time watching TV, but for many, digital addiction is an even worse evil. Certainly, there is evidence that spending too much time online can be bad for your mental health and can adversely affect your sleep patterns. This is particularly true with social media sites, which can increase stress and anxiety and which in many cases are intentionally addictive.

But the real reason we’re all spending more time on mobile devices is because they are useful, convenient and are increasingly the most effective way to absorb information and ideas. It should be obvious, but the growth in e-readers is actively encouraging reading among children and adults alike. In developing countries, buying an e-reader for each child is a much more achievable task than stocking a village school with a comprehensive library. Yet the impact in terms of education and literacy is the same. Worldwide, many college textbooks are now only produced in a digital format, conserving both money and environmental resources, and allowing more specialized research to be published cost-effectively.

In the modern world, we have more choice, more control and greater access to information and services than ever before. Few would deny that is a good thing. Digital internet technology is the main way this positive state of affairs has been realized, and for the majority of people, mobile devices like e-readers are the best and most convenient tools with which to engage with this wealth of opportunities.

With living space at a premium, few can afford to keep a large personal library or subscribe to a large number of physical magazines. At the same time, the amount of published material in every field is growing almost exponentially. E-readers are the only logical solution to this conundrum, allowing us access to a near-infinite number of books and periodicals all via a portable handheld device that can be carried in a pocket.

In the last decade, desktop usage in terms of hours per day has stayed pretty much the same. It’s the growth in the use of mobile devices that has sky-rocketed. In 2008 and 2009 it was just 20 minutes a day. In 2010 that figure rose to 24 minutes, and then in 2011, it doubled to roughly 48 minutes. In 2012 the time spent on mobile doubled again, to one hour and 36 minutes. In 2013 it hit 2.3 hours, equaling the number of hours spent on desktops for the first time. Since then, the steady growth in mobile use has outpaced desktop, rising steadily to the current figure of 226 minutes, or 3.6 hours.

We can see that the big jump in mobile use was in 2010/2011. 2010 saw the launch of Apple’s iBooks app as part of its standard iPad bundle, as well as the launch of Google eBooks, the Kobo e-reader, and the third-generation Kindle. In 2011, Amazon announced that its e-book sales had outstripped printed book sales for the first time, and launched the Kindle Fire and Kindle Touch devices.

If mobile devices have largely replaced separate cameras, wristwatches, alarm clocks, calculators, flashlights, desk diaries, radios/music players, games consoles and TVs, then they are also enabling us to read books and magazines with greater ease and convenience than ever before. This goes against the media stereotype of the blank-eyed screen addict. The growth in mobile use may just mean more people are reading books, accessing information and educating themselves than was once the case. That can only be a positive development.