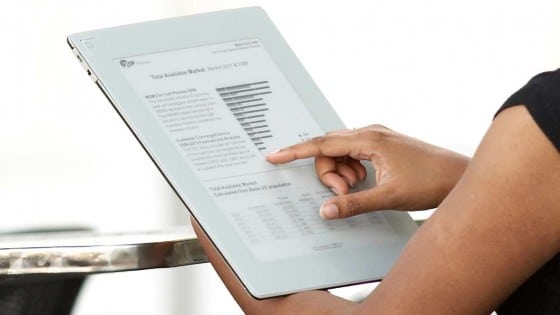 Plastic Logic has unveiled a new 10.7 inch reflective flexible colour display that enhances the content viewing experience while maintaining the same durable, thin, and light properties of the monochrome version. The company will be showing this off in the United Kingdom on September 18th for the SID Organic Electronics show.

In the last few month, Plastic Logic has restructured its business and is focusing on licensing its technology to other companies. This is a far-cry from its ill-fated attempts at reaching the consumer market with the QUE e-Reader and its most recent offering geared towards the Russian educational system.