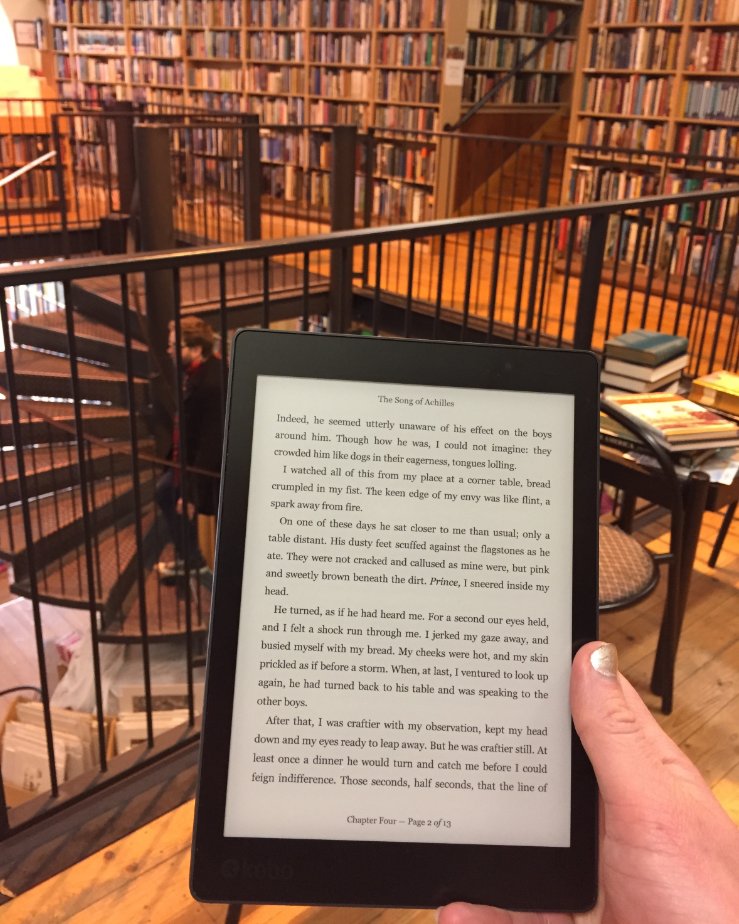 In the second-half of 2018 there are a number of new e-readers that are going to be released. Amazon is developing the Kindle Paperwhite 4 and it should be announced within the next month or two. Kobo is putting the final touches on the second generation Aura One, with a giant 7.8 inch screen. The Pocketbook Lux 4 and Arta Tech Infinity are also compelling.

The Kindle Paperwhite 4 is the most eagerly anticipated e-reader of the year. Amazon will using a color temperature display, so you will be able to mute the bright white front-lit screen. It will also have Bluetooth functionality to wirelessly listen to Audible audiobooks. The design should be consistent with previous Paperwhite models, Amazon wants to keep the price the same as previous generations.

Kobo Aura One Second Edition is a new e-reader that passed FCC certification a few weeks ago. Not much is known about this device, other than it will have 32GB of internal storage and a 1,500 mAh battery. The numerical designation is similar to the first generation Kobo Aura One. Audiobooks by Kobo launched late last year and none of their e-readers have the ability to buy and play them. This might change with the new Aura One, I heard that it will have Bluetooth and an e-ink version of the audiobook store where you can purchase titles on an individual basis, or subscribe.  It should be hitting store shelves sometime in September or October.

The Pocketbook Touch Lux 4 features a six inch E Ink Carta display with a resolution of 1024×758 and uses a capacitive touchscreen. It has a new front-lit display, packing in more LED lights than previous models due to the color temperature system. Pocketbook told me that the Lux 4 features the same design as the InkPad 3. It is available sometime in the next few weeks for around one hundred euros.

The InkBook Infinity is the most compelling device that Arta Tech has ever developed. They are putting in a ton of effort into the industrial design process and this will be the first e-reader issued from the company that comes with a stylus and takes notes. The company is going to be launching a Kickstarter campaign sometime in the next month and hopefully start shipping it before the holidays.

Progress Technologies released the eOneBook to Kickstarter backers earlier this year. This dual screen manga reader had an innovative design and came preloaded with every single edition of Fist of the North Star. When we reviewed this device Peter and I were really impressed that it could sit on your bookshelf and you would never know it was an e-reader. A second generation model is going to be available soon, it will have SD card support and a new design. There will also be 6 new manga volumes available, they are currently being localized to English.