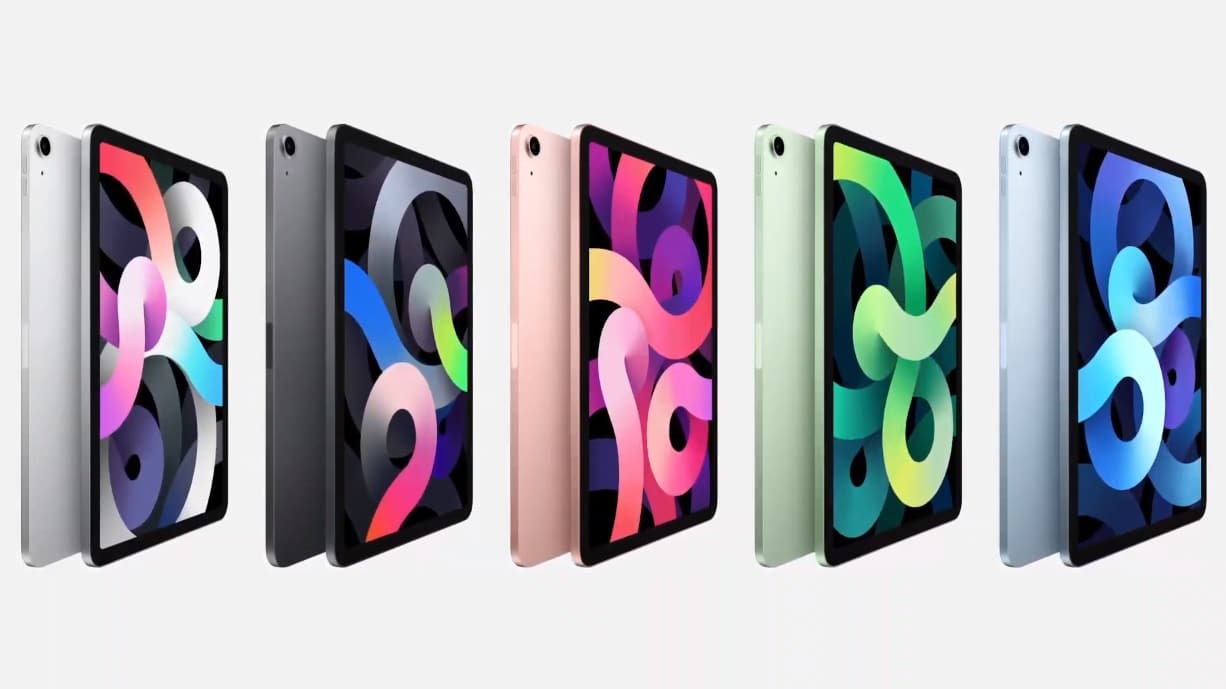 Apple is releasing a new iPad Air in October and it will have slim bezels and feature a 10.9 inch display with a resolution of  2360 x 1640 and 264 PPI. It will not have FaceID to unlock the device, but a fingerprint sensor that is on the power button. It also has the new Apple A14 Bionic processor, the first 5nm processor that has ever been released. This will provide a 40-percent faster CPU performance from the previous generation of the Air and 30-percent faster graphics.  You will have True Tone display, Antireflective coating and support for the Apple pencil.

The new base iPad will have a 10.2 inch display with a resolution of 2160×1620 with 264 PPI. It will have 500 nits brightness and support for the 1st generation Apple Pencil. It has an older A12 Bionic chip installed, so it won’t be as fast as the iPad Air, but serviceable.

Both of these new iPads will ship with the latest version of iOS 14, which supports a myriad of new features. Safari will finally be able to display WEBP images, which is a big deal for people who run websites and want to condense their image sizes. You can still play old browser based games, but no Flash, they just killed it.  You can play old RPGS, dress up games or even get an online casino bonus. The big selling points of iOS 14, which is being pushed out today is App Library automatically groups all your apps together into big folders that show the most recently used apps within. You can search for apps with a search box at the top, see automated suggestions in the upper-left box, and recently used apps in the upper-right box. Folders will also be automatically organized by categories, like Social, Health & Fitness, etc. New Widget support for the home screen and various other screens and various improvements to almost every Apple app, you can read more about everything via Macworld.

The iPad Air will start at $599 and comes in space grey, silver, rose gold, green and sky blue, making it the most colorful iPad to ever be released, it comes with many of the colors from their iPhone and Macbook Air lineup. It has 64GB of storage included in the price and 256GB is extra. The base iPad will retail for $399 and comes in space grey, silver or rose gold, so the color options are a bit more limited. It starts at 32GB and 128GB is extra, ditto with cellular.

Will you buy the new iPad or iPad Air? Personally, I am more excited about the next gen iPad Pro.