You are here: Home / Smart Phones / Blackberry is pushing out Android Marshmallow for the Priv 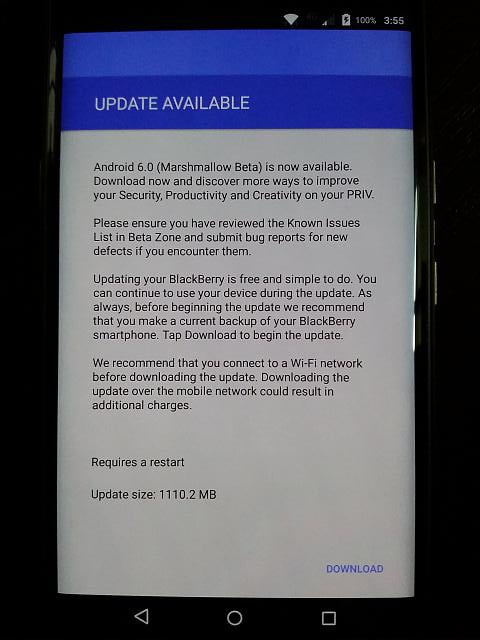 Blackberry has just released the first wave of updates for the Priv and it is upgrading their phones to Android Marshmallow.  It is currently only available to beta testers but a public rollout should occur next week.

Android 6.0 brings a number of notable features, such as Doze – for better power management while the device sleeps – and granular application permissions – to allow more control over what apps have access to. Blackberry of course as added their own extra layer of security, which is mainly why they are seeding it to beta testers first.

If you own a PRIV and haven’t signed up for the beta test, head on over to the BlackBerry Beta Zone and see if the Android OS beta program is available to you. When you click to register, you’ll more than likely be placed on a waiting list, that’s if BlackBerry is taking any more applicants.