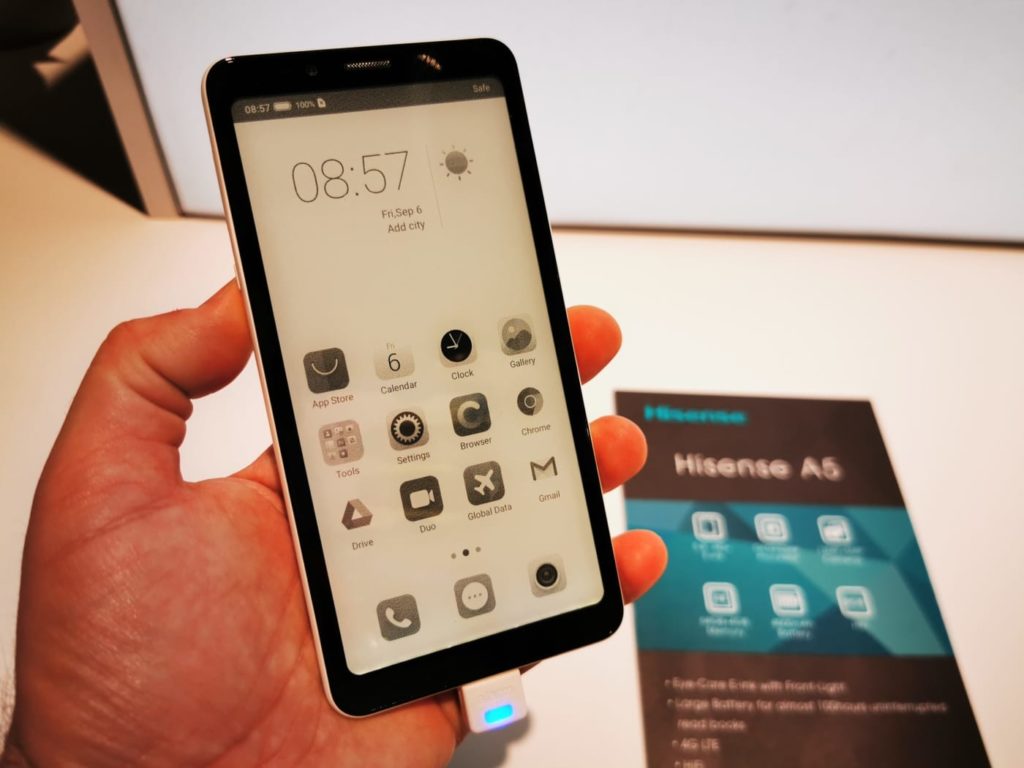 The Hisense A5 is one of the only modern E INK phones that are actually available to purchase.  The Kingrow K1 was only sold on a crowdfunding campaign for a limited timeframe and the Yodaphone is discontinued. Later on in the year Hisense is going to release a color E INK phone and Onyx is also going to release one too. If you are looking for an affordable smartphone, that is easy on the eyes, Good e-Reader now has the Hisense A5 in stock.

The Hisense A5 features a 5.8 inches E Ink Carta display with a resolution of 1440 x 720 and you will be able to adjust the screen brightness with the built in front-lit system, but it does not have amber LED lights. Underneath the hood is a Qualcomm 660 Octa-core processor, 4GB RAM and 64GB of internal storage. You will be able to snap pictures via the 13MP rear facing camera, or the front-facing 5MP camera.  It is powered by a giant 4000mAh battery, which should provide 10 days of constant use.

You will be able to install your own apps, since this device is running Android P. It is also compatible with all of the major cellular networks in Canada and the United States. So you can use Bell, Rogers, T-Mobile, AT&T or Verizon. The device comes in black or white.