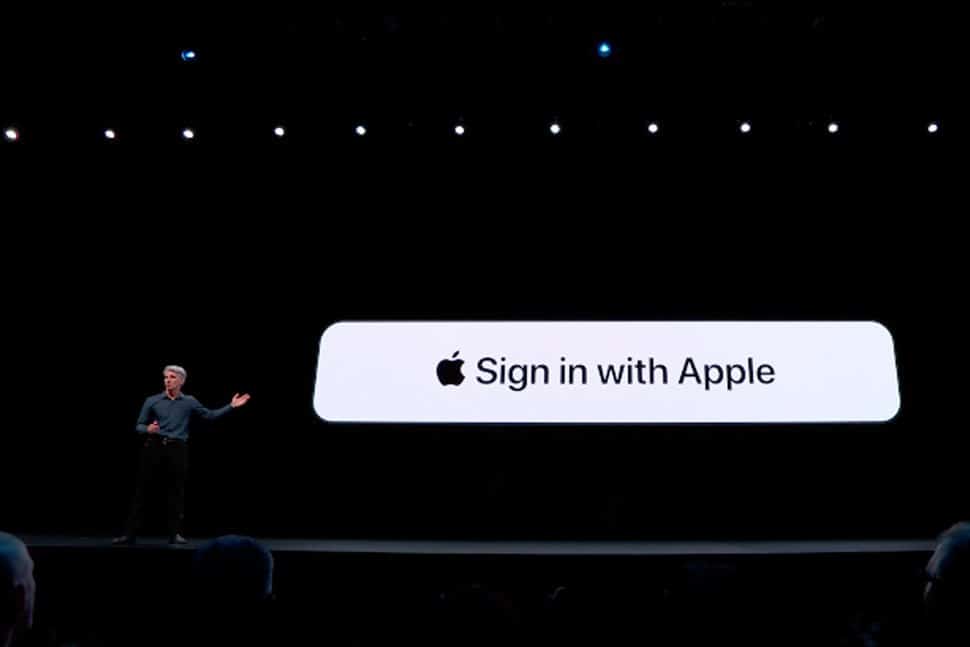 Apple has announced at the WWDC that they are developing a new system that will allow you to sign into apps with their new Sign in program. Tim Cook said “Sign in With Apple” lets users login to third-party apps without having to enter a username and password.  Apple said its sign-in technology would use facial-recognition software with Face ID and would give users the ability to restrict which personal details they shared with apps, such as their email address or location information.

When logging in users can choose to reveal or hide their email address, or get Sign In With Apple to generate a unique random, anonymous email address that can be managed for specific apps, giving users more control of their data. Apple is going to be releasing a new API for developers to incorporate this new sign in system and it will be available for users with the launch of iOS 13.

Apple is developing their new sign in system at an opportune time. Facebook is notorious for selling user  information and data to third party companies and Google does everything in their power to maintain total control over a users internet experience.