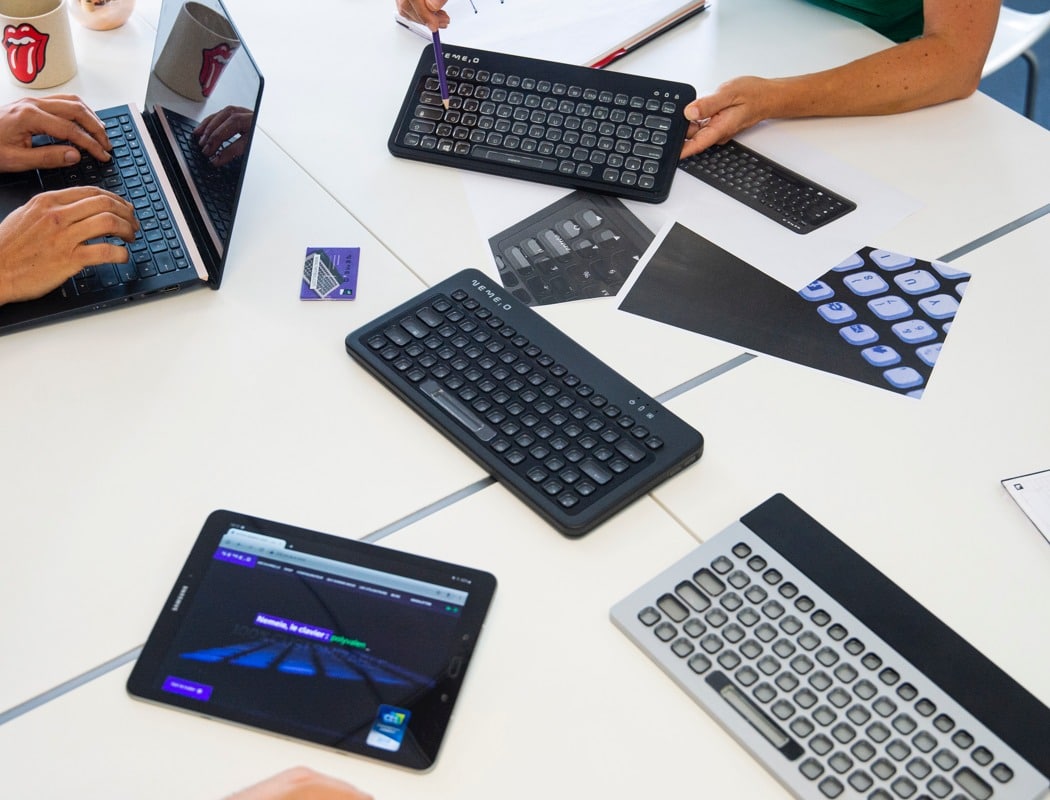 When we think of E INK displays, the first thing that comes to mind are electronic book readers, such as the Kindle. E-Readers have been the posterchild of these e-paper screens since 2007 and hundreds of devices on the market use them. There are a couple of major benefits, they are easy on the eyes and have long battery life. E INK screen tech are also employed on sheet music readers, monitors, digital signage, luggage tags and even on price tags in your local supermarket. One segment that has not really receive much attention are keyboards. Sonder and Nemeio developed keyboards and ran successful crowdfunding campaigns, generating millions of dollars. What ever happened to E INK keyboards?

There are some strong benefits of an E INK keyboard. You can customize the keys of your layouts the way you want. You can go from Qwerty to Azerty, or to Bépo, you can handle French or Spanish accents easily, or switch to Arabic and to other alphabets instantly; as well as creating many shortcuts to your favorite software and websites. 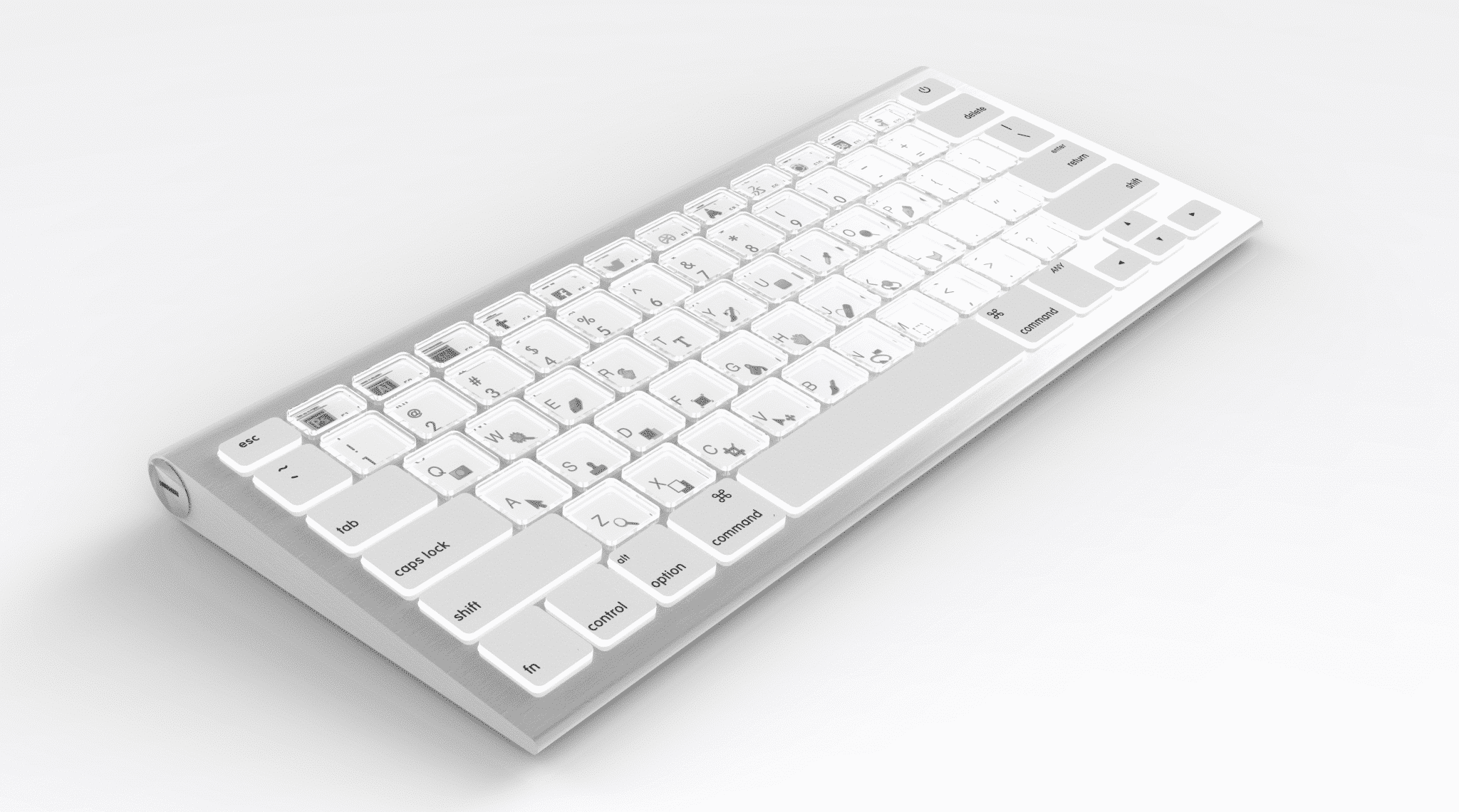 Sonder was one of the earliest entrants. The company was started by twin brothers Francisco and Felipe Serra-Martins in Sydney Australia in 2015. The company begun taking pre-orders and received a number of grants from INCUBATE, an accelerator program first established at the University of Sydney. Added to that, Sonder was awarded an Innovate NSW Minimum Viable Product Grant by NSW Trade and Investment. They ran a Kickstarter campaign and generated a few hundred thousand dollars. Once funded, they left updates and let people know what was going on with the project, but they basically only shipped out a handful of units. I was told that backers were treated like beta testers, and most people who paid for the product, never received anything.

There were rumors that Apple was going to create an E INK keyboard on their line of Mac laptops in 2016 and CEO Tim Cook met with the brothers, but the project did not go anywhere. At the end of 2019, Sonder was acquired by Foxconn International Holdings.  Foxconn’s focus has been on laptop integration for one of their OEM customers who had exclusive license for a fixed period. We can likely expect a future laptop with an E INK keyboard, but the name of the company has not been disclosed. 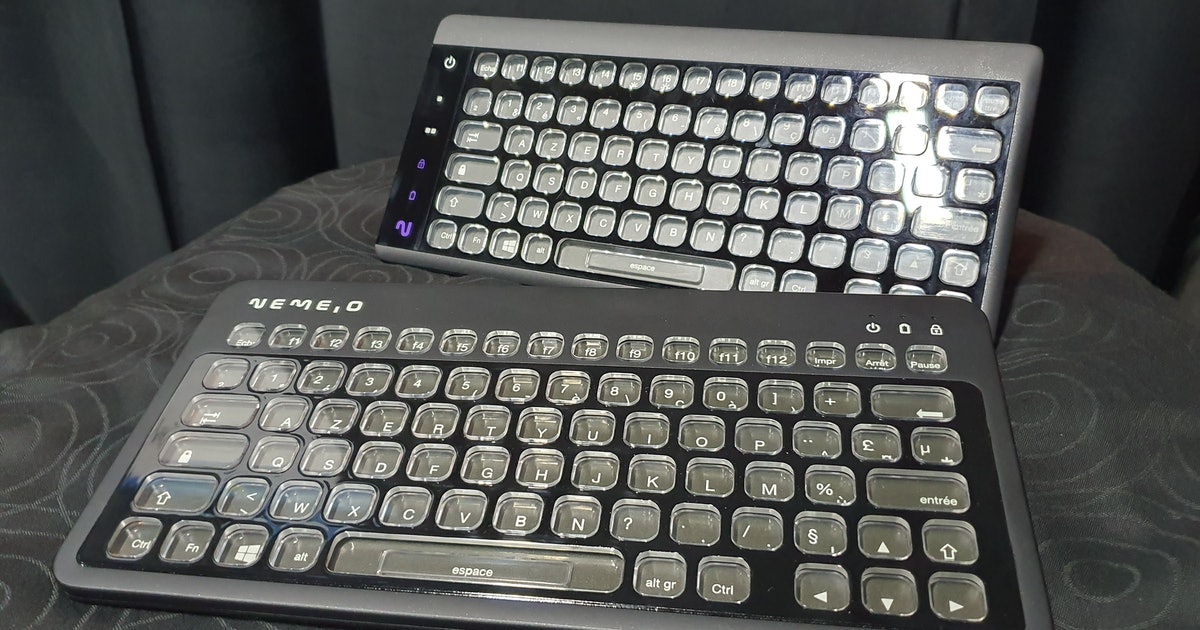 The Nemeio Keyboard was developed by Laurent de la Clergerie in Lyon, France. Work first begun on the keyboard in 2018 and debuted at CES the following year and won the Innovation Award. This seems like the most promising keyboard and the most polished. Nemeio keys are transparent, so it’s easy to see the keyboard you’ve designed underneath. Engineered with the perfect amount of touch sensitivity, you’ll feel a combination of sturdiness, smoothness and pliability on each key as you type. The keyboard also features built-in navigation buttons for you to switch between your keyboard profiles and adjust the brightness of the wide e-paper screen as needed. There is software the company developed that allows users to instantly customize and manage layouts —bind commands to the keys and create your own shortcuts in any language or alphabet, or simply change the icons and symbols on the keys.

The company launched an Indiegogo and Kickstarter campaign and raised a few hundred thousand dollars. The campaigns basically ran from 2019 to 2021 and the product continues to be available via Indemand. The release date has changed multiple times and it seems that it will ship out to customers in March 2022. 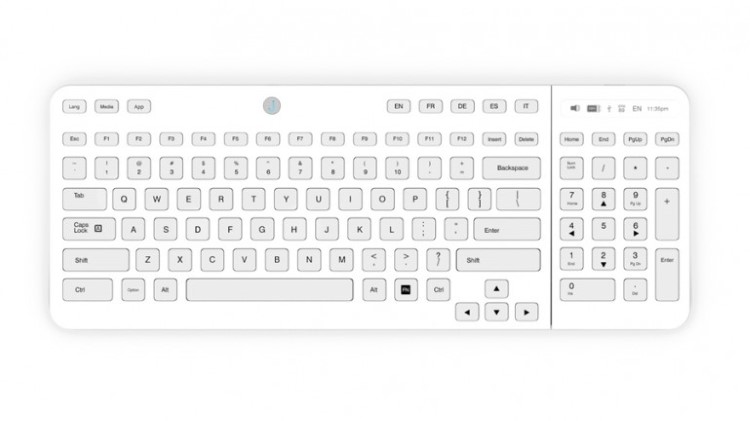 In 2015 a new E INK keyboard was announced called the Jassta. The keyboard also comes with media keys, including the typical mute, play and volume control. It can also be configured so that keys that are used only rarely may be assigned to other outputs. The designers of the keyboard say that it comes with a 12 month battery life and measurements of it are 15.4 inches by 5.9 inches. It was said that this devices keyboard would change based on what program you were using, Photoshop would give you shortcuts, Microsoft Word, would give you a ton of advanced elements. This project ended up being a scam. Redditors have uncovered that Jaasta may be the creation of the scammers behind the too-good-to-be-true Scribblepen – with many backers losing money through crowdfunding site CrowdTilt.  The project raised about a hundred thousand, before they shut down their website and fled with the backers money..