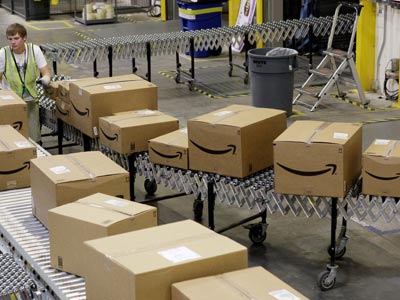 Amazon sources close to the situation have told us that the company is planning on rolling out a retail store in Seattle within the next few months. This project is a test to gauge the market and see if a chain of stores would be profitable. They intend on going with the small boutique route with the main emphasis on books from their growing line of Amazon Exclusives and selling their e-readers and tablets.

Seattle is where Amazon’s main headquarters is based and is known as a fairly tech savvy market. It is a perfect launch location to get some hands on experience in the retail sphere. A source has told us that they are not looking to launch a huge store with thousands of square feet. Instead they are going the boutique route and stocking the shelves with only high margin and high-end items. Their intention is to mainly hustle their entire line of Kindle e-Readers and the Kindle Fire. They also will be stocking a ton of accessories such as cases, screen protectors, and USB adapters.

The company has already contracted the design layout of the retail location through a shell company, which is not unusual for Amazon. When Amazon releases new products to the FCC it is always done through anonymous proxy companies to avoid disclosure to their competition on what they are working on. While we don’t know the actual name of the firm they are working with we have heard rumors that they are based in Germany.

The store itself is not just selling tangible items like e-readers and tablets, but also their books. Amazon recently started their own publishing division and has locked up many indie and prominent figures to write exclusively for the company. This has prompted their rivals such as Barnes and Noble, Indigo and Books-A-Million to publicly proclaim they won’t touch Amazon’s physical books with a ten-foot pole. Amazon launching their own store will give customers a way to physically buy books and also sample ebooks via WIFI when they are in a physical location.

This is exciting news and Amazon in a great position to make a strong go out of their retail endeavors. They are starting out local and small mainly to test the waters with the new store, but also to figure out how they’re going to avoid paying massive taxes. In the last few years, there has been a huge tax debate because Amazon sells things online and only pays State taxes if they have a distribution center within a particular location. Having a physical store means the company will have to start paying more taxes and they are currently working out the logistics and tax loopholes before they launch.

We have heard that the time-frame of their first location starting up will be before the end of the year to capitalize on the lucrative holiday season. The store may also roll out towards the Fall when their own publishing imprint will officially launch and the first few books will be released. I expect it to launch soon after the Kindle Fire 2 is announced to maximize the exposure they are going to get and offer Amazon Coupons to subsidize the device and also make sure you checkout Valforex.com