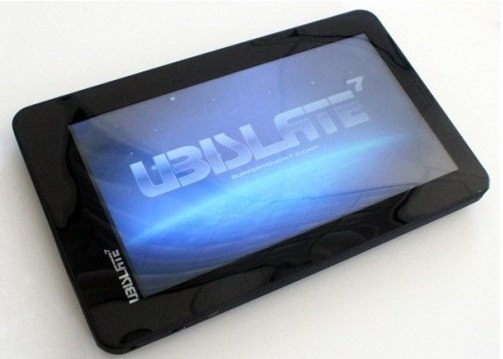 There is a lot of talk about the low cost tablet that the Indian market will be featuring. The tablet that costs just $35 dollars has not only people in India all waiting for it to happen, it also has a company in Philadelphia, Wilco Electronics, that is just as keenly interested in this project. The tablet is expected to be launched soon according to statements from the Government in India, which is working hard to get this project in line.

Wilco Electronics has stated they are in talks with the Union Human Resource Development Ministry to take the Aakash to students in the US. They have indicated there are students back home who are not as privileged, and an affordable tablet would be very helpful.

“I did visit the Ministry of Human Resource Development (HRD) last year to explore the options of partnership and distribution of the Aakash tablet in the US. My company, Wilco Electronic Systems, is currently in stages of exploring a relationship with Govt of India and/or Datawind (the company responsible for distributing the tablet) and may look to pilot use of the tablets in Philadelphia. We will be meeting in the US with Datawind early April. We hope to nail down details about this then and see what we can do to get a pilot going in Philadelphia,” revealed Executive Vice President of Wilco, Brigitte Daniel before also adding, “I do believe that the Aakash tablet could potentially make impact within the US National Broadband plan to bridge the digital divide for underserved communities, schools, and low-income communities, here in the US.”

However, the Aakash tablet is yet to deliver the goods so far and the initial batch of the tablet has met with some sharp criticism. Quality has been found lacking, with battery life and performance simply not up to standards. Officials have responded by bringing in a number of improvements to the tablet and the upgraded Aakash II is expected to be ready by next month. While it’s true the Aakash did evoke a lot of interest in both the domestic as well as in international markets, it can’t be denied that a low initial cost alone can’t save the Aakash. There does exist a huge market for low cost tablets like Aakash, but it also has to deliver some minimum levels of performance to be counted.