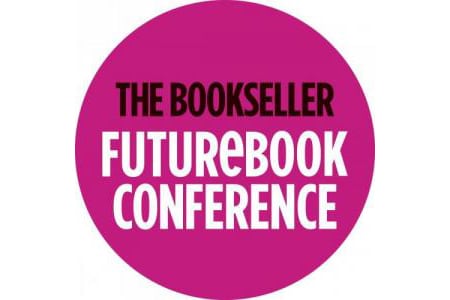 Nigel Roby, managing director and owner of The Bookseller, made an interesting statement in his welcome remarks to this year’s FutureBook event: “About six months ago, we stopped thinking of this as a digital publishing conference.”

He’s very right. The entire concept of a “future book” must include all aspects of where the publishing industry as a whole is headed, and where every role within that industry is going to take the idea of a book. Different aspects of publishing are getting a lot more focus, like the greater emphasis on the translators who make the book readable by a variety of  foreign audiences. On the other hand, some of the people who contribute to literary development have been called into question, like the role of the literary agent in a time when self-publishing and digital publishing are becoming so common.

The FutureBook event offered a panel presentation on what literary agents are for in this time of go-it-alone publishing, which offered insights from Jonny Geller of Curtis Brown, Clare Alexander of Aitken Alexander Associates, and Neil Blair of The Blair Partnership, whose perhaps most well-known client is JK Rowling. Also on the panel was Joanna Penn, the highly successful self-published author of The Arkane Series and How to Love Your Job or Find a New One.

The panel was very informative, with both the author and the agents offering insight into what it is that they do in this era of digital publishing. For their parts, the agents were incredibly well-informed and made no excuses for the traditional fifteen percent commission that an agent earns. They also did not attempt to simply justify the role, but rather acknowledged Penn’s stance that if an author has the business sense to handle his writing career without an agent, he might actually be happier doing so; however, all of the panelists agreed that this level of business sense is rare and not something to be undertaken without a clear model and focus.

One topic that did come up and raised some eyebrows from both panelists and moderator, as well as the audience, was the current practice by some literary agents of taking fifteen percent commission on everything the author does related to publishing, whether they were instrumental in the deal or not. Penn brought this up, referring specifically to agents who represent a traditionally published author, yet who demand fifteen percent on any self-published projects the author pursues; this can also translate into a commission on the fees earned from speaking engagements that the author set up, participating in an anthology apart from the agent, and more.

While Alexander seemed to feel that this process was not exactly benign, likening it to the practices of music industry or film industry agents instead of literary agents, one agent stated that it was entirely ethical as long as the author knew about it when signing with the agency and had agreed to it.

Overall, while several key conflicting issues were addressed, there was never a sense that the publishing industry is still divided into the us-versus-them mentality that once separated traditional and self-publishing. While there will still be vocal critics on both sides of the debate, it seems as though both arms of the industry are interested in moving forward in collaboration to simply produce quality content for readers.