You are here: Home / Archives for Hachette

It was only a year ago that the publishing industry sat riveted as it waited to see how the storm between Amazon and publisher Hachette was going to play out. Hachette wanted new terms in light of the DOJ price fixing investigation, and Amazon wasn't about to budge. And with a 95% control of the ebook market, it's easy to see why Amazon didn't think freezing its sales of … END_OF_DOCUMENT_TOKEN_TO_BE_REPLACED 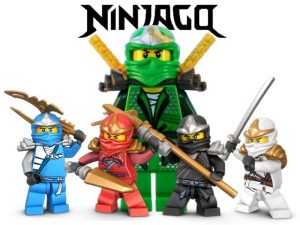 Little, Brown Books is a division of Hachette and the publishing companies have just predicted the next breakout book series of 2015. They have formed a new partnership with LEGO to have a series of e-books and graphic novels created. The intention is to have them released by the end of the year to take a advantage of the holiday season.Little, Brown Books for Young … END_OF_DOCUMENT_TOKEN_TO_BE_REPLACED 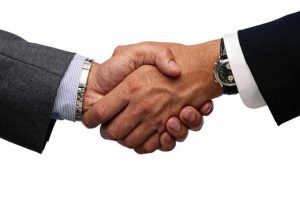 Hachette Book Group and Amazon today announced that the companies have reached a new, multi-year agreement for ebook and print sales in the US.The new ebook terms will take effect early in 2015. Hachette will have responsibility for setting consumer prices of its ebooks, and will also benefit from better terms when it delivers lower prices for readers. Amazon and Hachette … END_OF_DOCUMENT_TOKEN_TO_BE_REPLACED 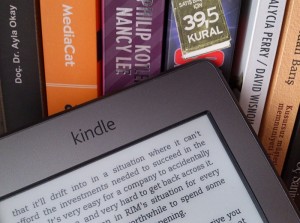 Amazon has penned an open letter on their website which spells out their mentality in approaching the ongoing Hachette eBook dispute.  They primarily contend that selling eBooks at the $9.9 price point sells more copies and garners more money than titles that retail for $14.99.In a written statement Amazon said "A key objective is lower e-book prices. Many e-books are being … END_OF_DOCUMENT_TOKEN_TO_BE_REPLACED

In the latest twist in the Amazon-Hachette dispute, Amazon has proven once again that it has the best PR team in corporate history. Following an open letter from authors involved in the current issue which stated that their livelihoods were being impacted by Amazon's refusal to concede to Hachette's terms, Amazon offered to give the authors 100% of the price of their sales … END_OF_DOCUMENT_TOKEN_TO_BE_REPLACED

As Hachette, Amazon, and the laundry list of household name authors who make up the faux-power group Authors United continue to battle and make headlines over the contract dispute, there's another major player who's caught in the crossfire of the whole mess: the readers.While critics and supporters on both sides argue over the costs of doing business, the power of … END_OF_DOCUMENT_TOKEN_TO_BE_REPLACED

In a semi-olive branch move, Amazon offered last week to extend 100% of the sales price of Hachette titles to the authors themselves, in a conciliatory move meant to eradicate fears that Amazon's alleged "sanctions" against Hachette have hurt their authors. In an effort to avoid dragging the children into this while the grown-ups fight, Amazon offered to give the entire … END_OF_DOCUMENT_TOKEN_TO_BE_REPLACED

Despite the hordes of critics who have verbally assaulted Amazon for its greed in the Hachette dispute, an article for Forbes today demonstrated the outcome of the current contract negotiation holds a certain percentage of Amazon's revenue in the balance. How much is that revenue? Around eleven million dollars.As in, 0.014% of its total $78billion business.Apple was … END_OF_DOCUMENT_TOKEN_TO_BE_REPLACED

In another twist in the ongoing fight between Amazon and publisher Hachette, Amazon has either demonstrated its true spirit of support for authors and readers, or made the best PR move in the history of book publishing. Yesterday, in a King Solomon-like letter that has not been sent to the publisher but was sent to various experts and author organizations for feedback and … END_OF_DOCUMENT_TOKEN_TO_BE_REPLACED

There are a few groups out there that claim to be the voice of advocacy and support for authors. Chief among them is the Author's Guild, an organization that actively works to block self-published authors from its inner sanctum by imposing hefty sales requirements before indie authors can join, thus making them a retailer's guild, rather than an author's guild. There's also the … END_OF_DOCUMENT_TOKEN_TO_BE_REPLACED 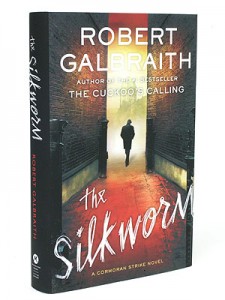 Verdict: 5 StarsRowling/Gilbraith has done it again, and this one may be even better than the first in her Cormoran Strike series.It was both sad and amazing when JK Rowling returned to fiction writing after closing the covers on her Harry Potter series. As she transitioned into becoming the head of the worldwide wizarding empire that has seen a movie franchise, … END_OF_DOCUMENT_TOKEN_TO_BE_REPLACED

When the dust finally settled from the Department of Justice lawsuit against Apple and five of the then-Big Six publishers for illegally colluding to inflate the price of ebooks, essentially bilking consumers out of hundreds of millions of dollars in an effort to grab some more market share away from Amazon, the terms of the judge's ruling included a caveat. That statement was … END_OF_DOCUMENT_TOKEN_TO_BE_REPLACED 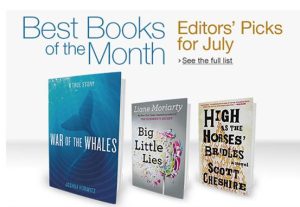 As the Independence Day festivities carry over for many people due to the long weekend, it's time to load up the e-reader with Amazon's list of best books for July. The titles are selected by the editorial team at Amazon Books, and just as with every other list the group produces for months or holidays, they're not based on book sales or ranking, but rather on the human input … END_OF_DOCUMENT_TOKEN_TO_BE_REPLACED