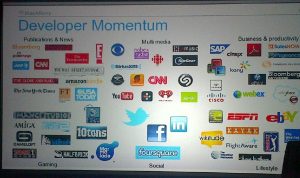 Blackberry World is the content distribution system that will allow owners of the new BB10 smartphones to download and pay for apps. Blackberry is standing on its soapbox, proclaiming that it has 70,000 apps on the first day of launch. This means that Blackberry World is the largest launching app store in the history of digital content. The real story is that 28,000 of these … END_OF_DOCUMENT_TOKEN_TO_BE_REPLACED 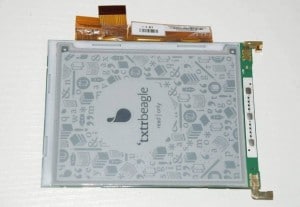 The Txtr Beagle e-Reader is one of the most affordable and smallest devices we have ever seen. We were the first website to bring you the first hands on review of the first reader released by the Berlin, Germany based company. Today, the Beagle took one step closer to commercial reality with a stop by the FCC in the US.The FCC is basically just testing out the Bluetooth … END_OF_DOCUMENT_TOKEN_TO_BE_REPLACED

Snapplify, a platform that assists publishers and content creators in distributing their material as apps, announced today that it was chosen as one of the app partners at BlackBerry's recent South African launch. The solutions provider, which develops company-specific branded mobile apps, launched fifteen apps at the recent launch, including Rolling Stones SA, Popular … END_OF_DOCUMENT_TOKEN_TO_BE_REPLACED 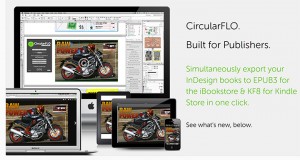 London, England based Circular Software originally released a plugin for Adobe Indesign in late 2011. It is quickly becoming the tool of choice for major publishers such as Hachette because of the ability to export ebooks in both Kindle Format 8 and EPUB3.Adobe Digital Publishing Suite is one of the most expansive ebook creation programs in the world. It provides advanced … END_OF_DOCUMENT_TOKEN_TO_BE_REPLACED

eBook lending clubs have been around the last three years and many of the websites have been sold due to the sheer amount of users attracted to Amazon Prime. One of the leading sites, Lendle, was sold last may for six figures and today eBookFling is on the market.eBookFling was one of the first websites to lend both Kindle and Nook books. It originally launched in 2011 and … END_OF_DOCUMENT_TOKEN_TO_BE_REPLACED 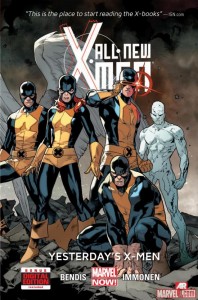 Buy it in print, get digital for free: Marvel has announced it will include digital codes in its Marvel NOW hardcover graphic novels that will allow the reader to download a free digital copy. They already do this with some of their monthly comics and other graphic novels, and apparently response so far has been good.Archaia pioneers digital variant cover: The publisher … END_OF_DOCUMENT_TOKEN_TO_BE_REPLACED 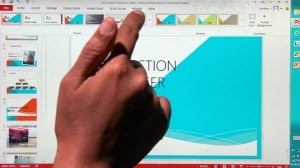 One of the things that make Windows most sought after is the MS Office suite. Also, being all too aware of the cash cow that it has proved to be for Microsoft over the years, the company has just come out with a comprehensive upgrade for the software. The all new thoroughly revamped Windows 8 was launched just last October and the new Office 2013 marks a similar development for … END_OF_DOCUMENT_TOKEN_TO_BE_REPLACED 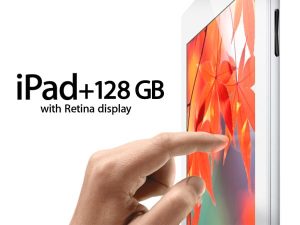 Apple has upped its ante in the ‘post’ Surface Pro world with a new higher capacity 128 GB iPad. To be available from February 5, the new iPad version has everything to share with its earlier versions, except for the bumped up memory capacity. Also of course, an enhanced internal flash memory is not the only thing new with the latest iPad. The price too has been provided with a … END_OF_DOCUMENT_TOKEN_TO_BE_REPLACED 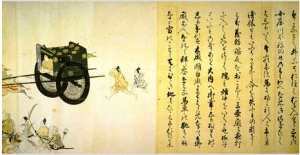 Japan's National Diet Library is moving into the digital age, with the help of bookstore operator Kinokuniya and Dai Nippon Printing. Dai Nippon is responsible for scanning the books and they will be offered for free on Kinokumiya's online bookstore.The project will start out with 13 works which will include Heiji Monogatari, a war epic composed in the 13th century, Kappa, … END_OF_DOCUMENT_TOKEN_TO_BE_REPLACED

Amazon's audiobook publishing and retailing branch Audible announced today that its Audiobook Creation Exchange distributed ten times as many audiobooks in 2012 than it did in its first year.“We are thrilled that our vision for ACX has been embraced and that the system is working,” said Jason Ojalvo, Audible VP Content Creation, in a press release. “It is wonderful to see … END_OF_DOCUMENT_TOKEN_TO_BE_REPLACED

1DollarScan, the increasingly popular service provider who will create digital editions of print materials for its users at both a high turnover rate and an accessible price point, announced that it is going to be showcasing its platform at an upcoming Japanese culture event in San Francisco next month. At the February 9th and 10th Visit Japan Event in Union Square, 1DollarScan … END_OF_DOCUMENT_TOKEN_TO_BE_REPLACED