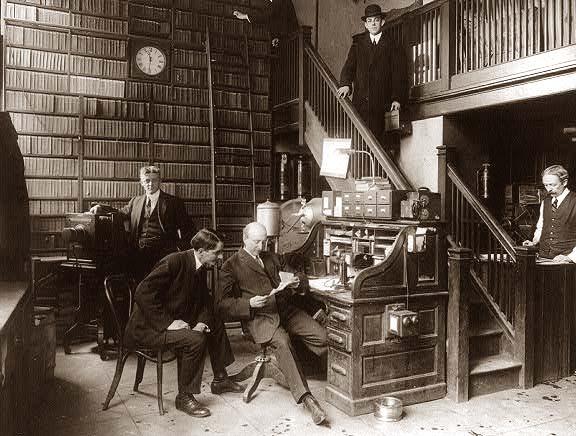 This week, GoodEReader has been covering the ongoing tribulations of OverDrive, the ebook lending service to public libraries. OverDrive, which provides a full catalog of ebooks for public and school libraries to lend their patrons to over 15,000 libraries, was stunned this week when Penguin Group demanded that all of their titles be pulled from OverDrive’s catalog, claiming that it had “security concerns.” This move came shortly after OverDrive developed the ability to let Kindle users borrow ebooks through its service with the new Get For Kindle feature.

As of today, Penguin has come back and told OverDrive it will allow its titles to be available to Kindle users, as well as the other e-reader device patrons who’ve been borrowing ebooks through their local public libraries all along. However, Penguin will only be allowing its backlist and previously listed titles to remain in OverDrive’s catalog but it is withholding its new titles, as this post that was made on OverDrive’s website today demonstrates:

‘Get for Kindle’ for all Penguin eBooks in your catalog has been restored as of this morning. Penguin titles are available for check out by Kindle users and the Kindle format will be available for patrons who are currently on a waiting list for a Penguin title. Upcoming releases remain unavailable.
We apologize for the inconvenience this caused for your library and patrons. At this time, no further information is available. We hope to share more details in the near future.”

That is great news for Kindle owners, however some of the commenters below that post stated that they were still unable to access titles for their Kindles that they had previously put in their queues.

This is only the latest in a long line of affronts to Amazon, especially now that Random House, the only remaining Big Six publisher who had no restrictions on Amazon allowing Kindle users to borrow its titles, has announced that it will now be carefully examining its practices in ebook lending. The publisher was very adamant that this does not mean they are considering severing any ebook lending ties at this time.

A couple of points stand out in all of this. First, there has been very little mention of how this has affected ebook lending platforms such as 3M, who currently is not compatible with Kindle. If publishers have “concerns” over copyright security, why only have those concerns with OverDrive? Also, OverDrive has been the industry leader in providing digital media in various forms to public libraries for years; why is there suddenly this concern following the incorporation of Kindle into its compatibility?

Two of the Big Six, MacMillan and Simon & Schuster, have not allowed their titles to be included in lending library catalogs. A third, HarperCollins, set limits several months ago on how many times an ebook can be checked out before it must be purchased again by the library. Neither of those seem to have anything to do with Amazon or its customers. But the latest drama to come out from the ebook lending world seems a little too coincidental.