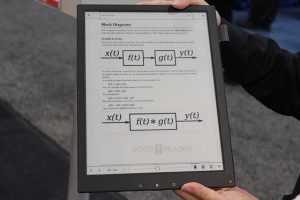 The Sony 13.3 inch e-Reader is going to usher in a brand new era of high quality e-Paper that allows for a true PDF experience. Sony has exclusivity over this brand new technology they created and worked on, in conjunction with e INK. On the first day of SID Display Week, we were walked through some of the core features, but was that really enough? We received hundreds of … END_OF_DOCUMENT_TOKEN_TO_BE_REPLACED 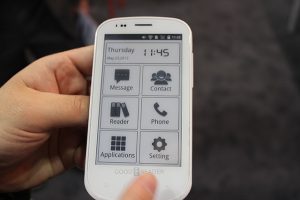 Onyx intends on releasing the first fully featured e ink phone in the 3rd quarter of 2013. We got our hands on the final hardware model of this new phone and the only thing that will change is the firmware. One of the big hyping factors behind this is the front-lit display, much akin to the Amazon Kindle Paperwhite and the one week battery life.The Onyx e Ink phone takes … END_OF_DOCUMENT_TOKEN_TO_BE_REPLACED 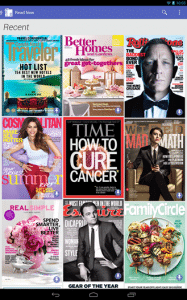 Google has introduced some new changes to its Play Magazine app, which now has been bumped up to version 2.0. The change comes on the back of a similar effort towards Google Play Music and its Play Store, both of which received their respective updates recently. As part of the enhancements brought about at the Play Magazine, the app now sports a cleaner and organized look and … END_OF_DOCUMENT_TOKEN_TO_BE_REPLACED

Public libraries and bookstores around the country are rolling out their summer reading programs in an effort to help students retain the progress they've made throughout the school year. While educators are all too familiar with the so-called "summer slide," programs that encourage reading comprehension and exploration can have a valuable impact on students' ability levels … END_OF_DOCUMENT_TOKEN_TO_BE_REPLACED 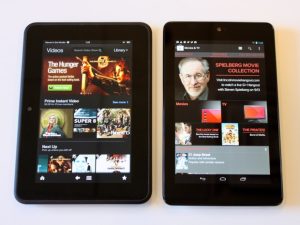 Welcome back to another jaw-dropping edition of the Good e-Reader Radio show! Put the little ones to bed and hide your daughters. Today, I will regale you with tales of SID Display Week and some of the cool tech Peter and I saw. Mirasol display technology is, in fact, not dead, and the company has a new smartphone and watch. E Ink was showcasing a ton of goodies and was … END_OF_DOCUMENT_TOKEN_TO_BE_REPLACED

Affiliate programs are very popular with booksellers, indie bookstores, authors, and online websites. Kobo has been running one of these programs for a number of years, allowing people to earn a 5% commission for ebook sales, while devices and accessories generate 10%. Today, Kobo announced that it was severing ties with Google Affiliates and transitioning to the Rakuten … END_OF_DOCUMENT_TOKEN_TO_BE_REPLACED

Today, the final piece of the Big Six puzzle fell into place. Months after the initial co-defendants in an antitrust lawsuit settled out of court, the remaining publisher, Penguin, settled with the attorneys general from 33 states for $75 million. This settlement comes less than a year after Penguin settled a similar claim with the Department of Justice.“This proposed … END_OF_DOCUMENT_TOKEN_TO_BE_REPLACED

Blackberry Mexico has confirmed that the new Blackberry 10 operating system will be hitting the Playbook in the next few weeks. This will ensure that many of the most popular apps, such as Netflix and Instagram, will finally be available via our Good e-Reader App Store.Blackberry 10 is the latest operating system to hit the Z10 and Q10 smartphones. It took years of … END_OF_DOCUMENT_TOKEN_TO_BE_REPLACED

Fan fiction is an often hotly-contested issue in publishing. The concept of writers taking existing characters and settings and writing entirely new story lines for them can be deeply divisive. For some authors, having fans write new plots with their established characters is a flattering look at the ways their readers engage with the characters, and symbolizes that the … END_OF_DOCUMENT_TOKEN_TO_BE_REPLACED 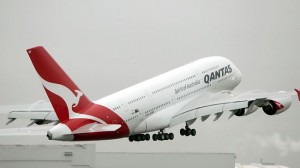 While US lawmakers continue to debate the merits or lack of justification for in-flight bans on electronic devices, Australian airlines Qantas is taking a different approach by commissioning a series of paperback books that are the perfect length for an extended flight. The series, called "A Story for Every Journey," will be published by Hachette and feature some of the more … END_OF_DOCUMENT_TOKEN_TO_BE_REPLACED